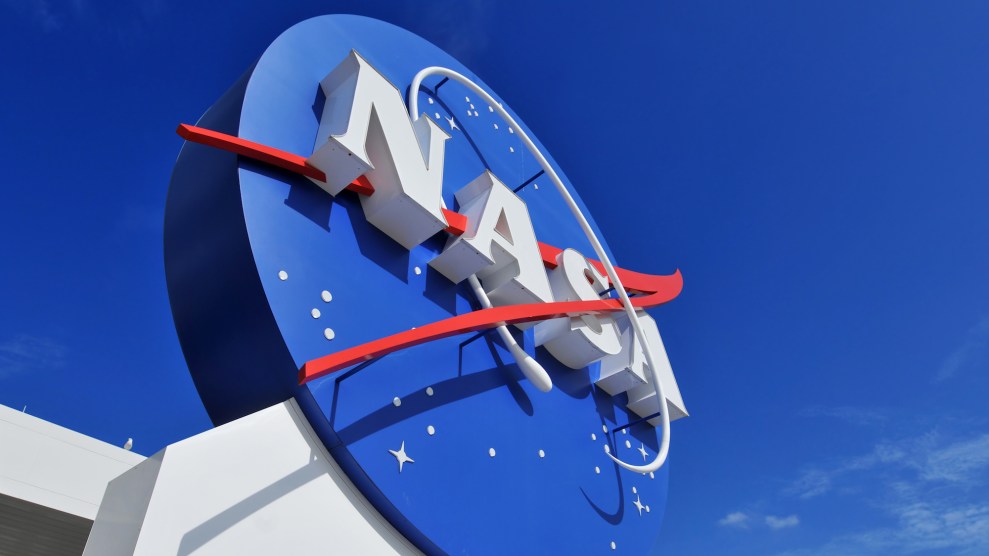 NASA’s output of climate change information aimed at the public has dwindled under the Trump administration, with a former employee claiming “fear and anxiety” within the agency has led to an online retreat from the issue.

Laura Tenenbaum, a former science communicator for NASA, said she was warned off using the term “global warming” on social media and restricted in speaking to the media due to her focus on climate change.

“NASA’s talking point is that it’s business as usual, but that’s not true,” said Tenenbaum, who departed NASA in October after a decade at the space agency.

“They have stopped promoting or emphasizing climate science communication, they have minimized it. People inside the agency are concerned Trump will cut climate science funding. There is a fear and anxiety there and the outcome has been chaos.”

Tenenbaum said that around a month after Trump’s inauguration last year an “arduous review process” was put in place over every blog post, Facebook post and tweet that she put out from NASA’s Jet Propulsion Laboratory in California.

“I was told verbally by media relations it was because with Trump as president, climate change is now a sensitive subject,” she said. “There was confusion about what to do now we have a president who doesn’t believe in climate change. Everyone was scrambling. It was chaos.”

Planned blogposts on coal plants being turned into solar plants, “reasons to be positive about NASA” and an interview with Gavin Schmidt, a senior NASA climate scientist, were all either halted or scrapped due to interference from career staff nervous about provoking the new administration, according to Tenenbaum.

Figures show there has been a notable decline in NASA’s output of climate information since the election of the Trump administration. During 2016, NASA posted frequently on its climate change Facebook page, peaking at 122 posts during August of that year, according to CrowdTangle.

There were 53 Facebook posts in January 2017, the month of Trump’s inauguration, and NASA hasn’t come close to this total since, posting 21 times this March and 31 times in April.

NASA’s Earth Right Now blog, which Tenenbaum wrote for, has also seen a decrease in activity, with just two originally-produced posts since Tenenbaum’s last entry in August 2017. Tenenbaum said she was warned about speaking to the media and then was offered another job elsewhere in the agency, before taking a leave of absence and then resigning.

NASA’s climate change website and Facebook page still clearly outline its findings, common with other scientific organizations, that the world is warming and the seas are rising.

“Some people are apprehensive, some are defiant and some put their nose to [the] grindstone and get on with it.”

A NASA spokesman said there has been “no policy change about how we communicate out science to the American public”.

“NASA Communications has not received any directive to change how we communicate about agency research, which includes climate change,” he added.

“The frequency of blogposts on climate.nasa.gov has always varied depending on personnel availability and other factors including mission activities (launches, expeditions in the field, etc).”

There has been some angst within NASA over Trump’s aversion to climate science—which he has previously called “bullshit” and a “hoax” inspired by China—and his administration’s dismantling of efforts to address global warming.

The White House’s proposal to cut funding for NASA’s Earth science work, which uses satellites to measure the planet’s climate, soils, wildfires and weather events such as hurricanes, is also a point of contention.

One agency scientist, who didn’t wish to be named, said: “Some people are apprehensive, some are defiant and some put their nose to [the] grindstone and get on with it.”

NASA has yet to attract the level of controversy that surrounds the Environmental Protection Agency, whose administrator Scott Pruitt has denied basic facts on climate science, remodeled scientific panels to include more industry representatives and oversaw the removal of climate change information from the EPA website for a “review” that has lasted for more than a year.

Kate Marvel, a climate scientist at Columbia University and the NASA Goddard Institute of Space Studies who said she was speaking in a personal capacity, said no one has told her to “shut up” about her work.

“Physics doesn’t change just because the administration has changed,” she said. “It’s my job to understand how the planet works and I will continue to keep doing that.”

Jim Bridenstine, NASA’s new administrator and former Republican congressman, has previously voiced doubt over the mainstream scientific understanding that the world is warming due to human activity.

But he appeared to have shifted his position during a televised meeting with NASA workers earlier this month.

“I don’t deny the consensus, I believe fully in climate change and that we human beings are contributing to it in a major way,” Bridenstine said, adding that carbon dioxide is a greenhouse gas and “we are putting it into the atmosphere in volumes we haven’t seen before. We are responsible for it.”