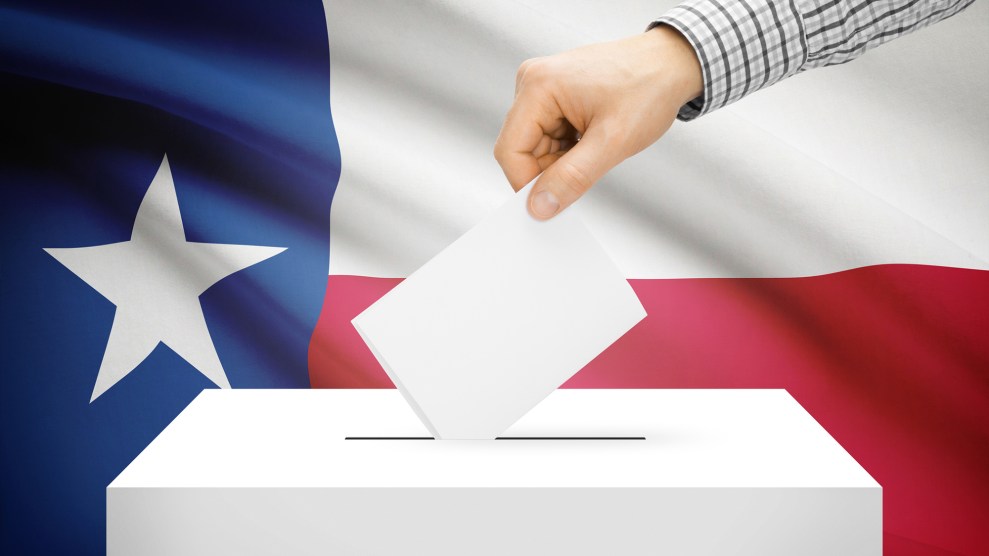 For the first time in a decade, more Democrats than Republicans have registered to run in Texas legislative races this year—bolstering speculation that the deep red state could be turning purple.

As Mother Jones reporter Tim Murphy noted earlier this year, Democrats across the country are running in record numbers in both state and national GOP strongholds. That includes the Lone Star State, where Democratic candidates have outnumbered Republicans in state races for the first time in recent memory.

All 150 seats in the Texas state house are up for election this year, and 15 of the 31 state senate seats are up as well. Democrats are contesting 113 state legislature races while Republicans are competing in 114. Both parties have candidates running in 14 of the 15 state senate races. (Democrats are also contesting all 36 of Texas’ congressional seats for the first time since the early 1980s.)

Democrats have recruited candidates to run in state districts where Republican incumbents haven’t faced challengers in years. This year, 184 Texas Democrats filed to run in state house races, the most since at least the early 1990s. Another 24 Democrats have run for state senate seats, the most in at least a decade, according to data by the nonpartisan political site Ballotpedia. One hundred and eighty Republicans filed to run in state house races this year, down from a peak of 207 in 2010, when the tea party swept state races nationwide. This year, 23 Republicans are running for the state senate, down from 39 in 2012.

Texas held its primaries in March and a run-off election in May, winnowing down the number of candidates who will be on the ballot in November. But for the first time in years, Texas Democrats seem determined not to let Republicans pick up seats without a fight.