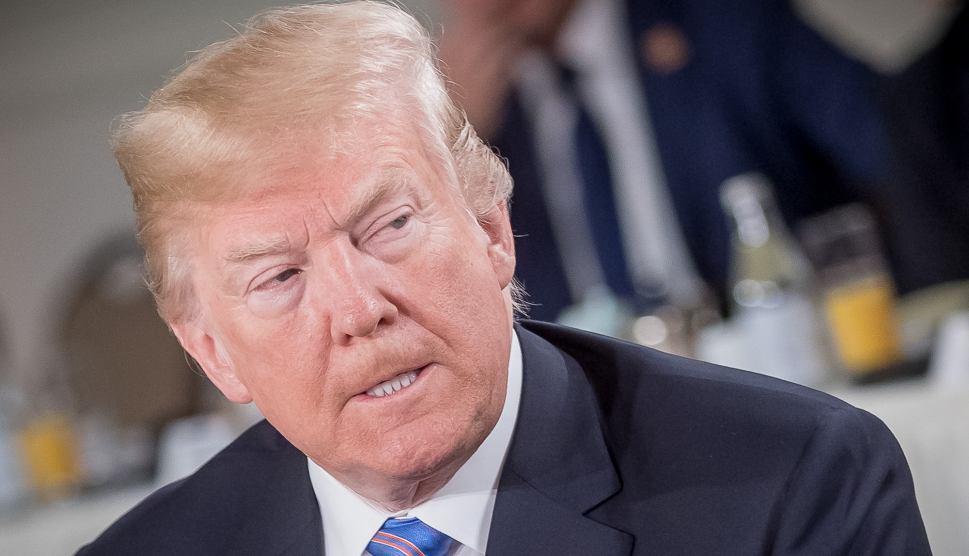 On Friday, Donald Trump produced another stunner when he declared that Russia should be readmitted to the G-7. The country had been booted out of this group of leading industrialized nations following Vladimir Putin’s annexation of Crimea and invasion of Ukraine in 2014. Trump’s comments, made as he was heading to a G-7 summit in Canada, seemed to indicate he was looking to reward Moscow, despite the Putin regime’s attack on the US election in 2016 (which led both the Obama and Trump administrations to impose sanctions on Russia).

Yet the same day, a top Trump appointee issued a dire assessment about Russia. Dan Coats, the former Republican senator who is now director of national intelligence, warned that Moscow is currently mounting information warfare against the United States that could influence the coming midterm elections.

While Trump was readying for the G7 meeting—where he would end up attacking and alienating the United States’ closest allies—Coats was giving a speech in Normandy, France, at a conference sponsored by the Atlantic Council, Le Figaro, and the Tocqueville Foundation. In it, he presented a dramatically different reality than the one his boss inhabits.

As Coats put it in his prepared remarks, he wanted to focus on two topics: “the threat from Russia” and “the importance of enduring relationships and information sharing with our European allies in the face of these threats.” Noting that in 2016, Russia “conducted an unprecedented influence campaign to interfere in the US electoral and political process,” Coats said that Russia has “pursued and will pursue even more aggressive cyber-attacks and disinformation campaigns with the intent of degrading our democratic values and weakening our alliances.” He then dropped this shocker: “It is 2018, and we continue to see Russian targeting of American society in ways that could affect our midterm elections.”

Coats’ use of the present tense was significant. He appeared to be saying that US intelligence has gathered information indicating that right now, Moscow is engaging in clandestine actions that would allow it to influence congressional campaigns. In effect, Trump is calling for G-7 members to welcome back a nation actively plotting to undermine US democracy. Coats pointed to recent Russian information warfare campaigns in France, Germany, and Norway. “These Russian actions are purposeful and premeditated, and they represent an all-out assault by Vladimir Putin on the rule of law, Western ideals, and democratic norms,” he said. “His actions demonstrate that he seeks to sow divisions within and between those in the West who adhere to democratic norms.”

“These Russian actions are purposeful and pre-meditated and they represent an all-out assault by Vladimir Putin on the rule of law, Western ideals and democratic norms.”

Coats was not freelancing. His remarks were coordinated with the White House, according to a person familiar with the matter. That means he was officially speaking on behalf of the administration, no matter what the guy in charge was saying. Coats went on to assert that the United States must to rely on its longtime allies to counter Moscow: “The Russian threat in particular has awakened Europe to the need to reinvigorate NATO and bolster our collective defenses.” His prepared text emphasized this point in all-caps: “The Russians are ACTIVELY seeking to divide our Alliance, and we MUST NOT ALLOW THAT TO HAPPEN.” He added, “Standing together in defense of the democratic order should be and must be our number one priority.”

It seems that Trump, whose embrace of Russia that same day was a higher priority than strengthening Washington’s relations with its traditional partners, did not get that memo. The president did not follow the advice from his director of national intelligence at the G-7. He did not place “standing together” with US allies at the top of his to-do list.

Trump also has not acknowledged the most unsettling aspect of Coats’ speech: Russia is now engaged in operations against the United States that could threaten the midterm elections. Asked for specific examples of these Russian actions, the Office of National Intelligence declined to share any.

On Monday, the Treasury Department imposed sanctions on five Russian firms and three Russian nationals for assisting Russian government hackers. The notice issued by the department stated: “Examples of Russia’s malign and destabilizing cyber activities include the destructive NotPetya cyber-attack [which mainly struck Ukraine]; cyber intrusions against the US energy grid to potentially enable future offensive operations; and global compromises of network infrastructure devices, including routers and switches, also to potentially enable disruptive cyber-attacks.” It did not mention anything specifically related to the midterm elections. And this critical question remains: What has US intelligence uncovered about a possible Russian attack on the 2018 campaign? Most importantly, what is Trump doing about it?