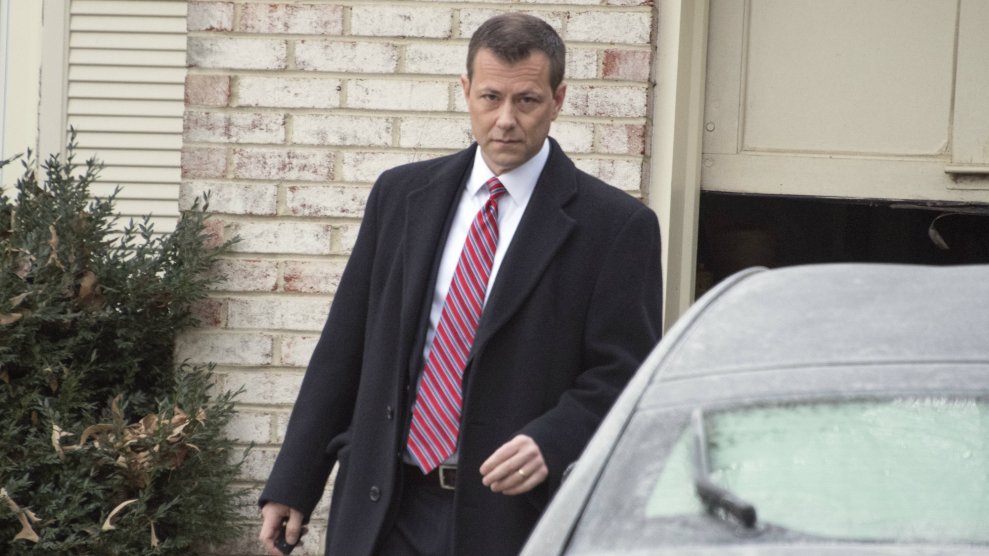 By the time Rep. Trey Gowdy (R-S.C.) had finished with his questions for FBI Agent Peter Strzok during the opening salvo of a joint hearing on Thursday in front of the House oversight and judiciary committees, there was little love between Gowdy, who chairs the oversight committee, and the FBI investigator President Donald Trump has derisively called “lover boy” on Twitter.

Gowdy ripped into the embattled FBI agent for showing “textbook bias” in the texts he sent a department lawyer during the presidential campaign that mocked Trump. The tension boiled over during an exchange over the precise reason Strzok exited special counsel Robert Mueller’s investigation last summer. Strzok, a former counterintelligence agent, led the bureau’s investigation into Hillary Clinton’s use of a private email server, and had been part of the team looking into allegations that the Trump campaign colluded with Russia to influence the 2016 presidential election.

You can watch the heated exchange here:

Gowdy: I don’t give a damn what you appreciate, Agent Strzok. I don’t appreciate having an FBI agent with an unprecedented level of animus working on two major investigations during 2016.

The fireworks did not end there. Strzok used an opportunity at the end of questioning to fire back at critics who have cited examples of anti-Trump bias in his texts without noting the context. In an emotional monologue, Strzok revealed that a text he sent during the campaign suggesting “we’ll stop” Trump from becoming president was written after Trump insulted the parents of a slain Muslim American soldier.

Here’s how Strzok responded to Gowdy:

It’s important when you look at those texts that you understand the context in which they were made and the things that were going on across America. In terms of the texts [that say], “We will stop it,” you need to understand that was written late at night, off the cuff, and it was in response to a series of events that included then-candidate Trump insulting the immigrant family of a fallen war hero. And my presumption, based on that horrible, disgusting behavior, that the American population would not elect someone demonstrating that behavior to be president of the United States. It was in no way, unequivocally, any suggestion that me, the FBI, would take any action whatsoever to improperly impact the electoral process—for any candidate.

The hearing is currently ongoing.