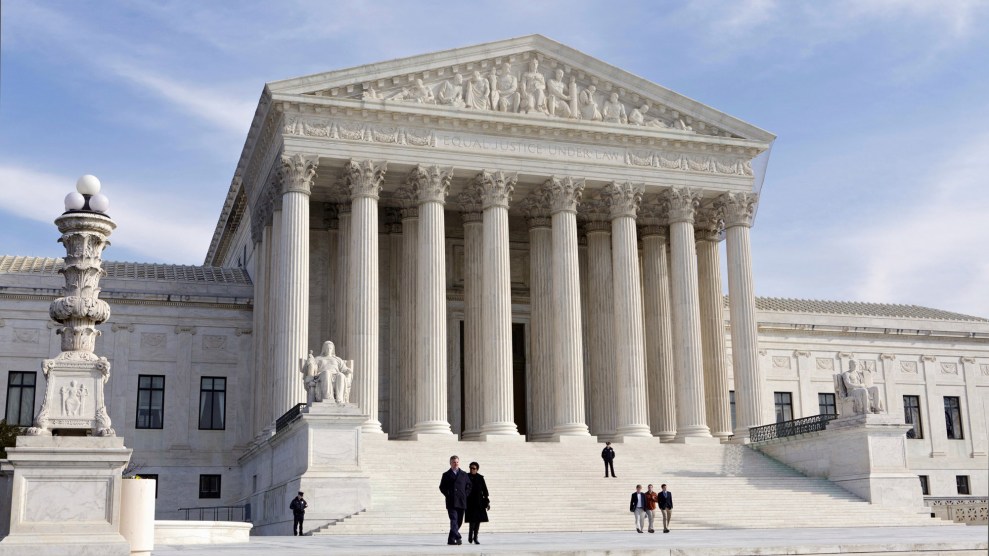 All of Trump’s potential nominees to the Supreme Court vacancy want to take away a woman’s constitutionally protected right to make her own health care decisions. Make no mistake – this is about punishing women.

Overturning Roe v. Wade would take us back to the days of women being severely injured and dying because they can’t get basic medical care. We’ve come too far to go back to those days. #SaveSCOTUS

We need to know:

Will you uphold the ACA, as prior rulings have? Pre-existing conditions may land on the docket.

Do you respect precedent on a woman’s constitutional freedom to make her own reproductive health decisions?

Will you respect equality protections for all Americans?

The appointment of another conservative justice to the Supreme Court creates the possibility that the court could overturn its landmark 1973 abortion rights ruling, opening the door for Republicans to legislate a sea change in abortion access across the country.

During the 2016 presidential campaign, then-candidate Trump said that a willingness to overturn Roe v. Wade would be a litmus test for anyone he considered for the high court. During a presidential debate in 2016, Trump said Wade would be “automatically” overturned if he had the opportunity to appoint multiple justices. Trump has since downplayed those remarks, indicating in a recent interview with Fox News that his advisors have discouraged him from asking potential nominees outright if they would vote to overturn the Roe precedent. “They’re all saying, don’t do that, you don’t do that, you shouldn’t do that,” he told Maria Bartiromo. “But I’m putting conservative people on.”