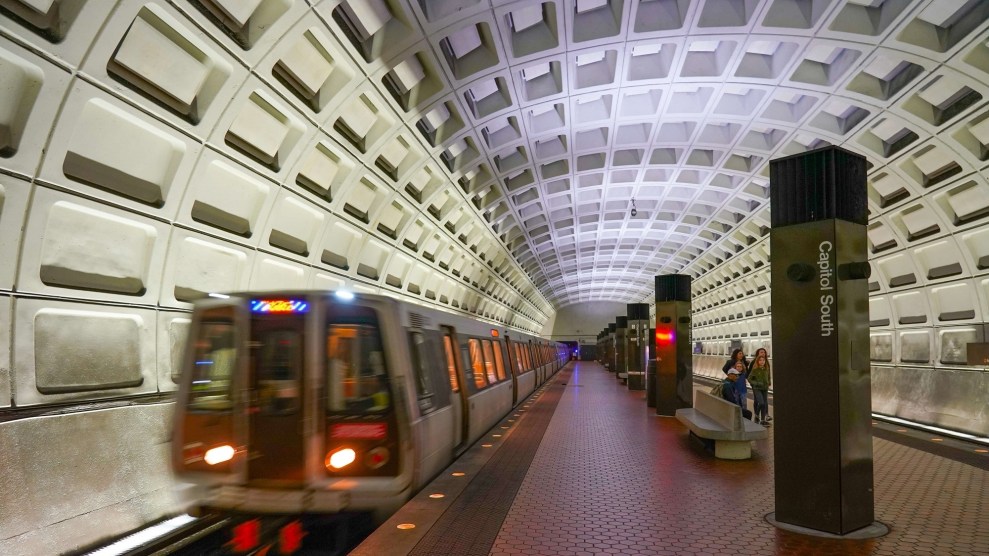 The Washington Metropolitan Area Transit Authority will not provide white supremacists with access to their own train cars, the agency’s chair said on Saturday. Metro had been considering offering separate trains or individual train cars to demonstrators attending the Unite the Right rally next Sunday in Washington, DC.

The decision not to provide hate groups with separate transportation came after Jackie Jeter, the president of the largest Metro union attacked the idea on Friday in a statement. Jeter said members of Amalgamated Transit Union (ATU) Local 689 are “proud to provide transit to everyone for the many events we have in D.C. including the March [for] Life, the Women’s March and Black Lives Matter.”

She added, “We draw the line at giving special accommodation to hate groups and hate speech.”

Organizers describe Sunday’s Unite the Right rally as a “white civil rights” event, and have scheduled it to coincide with the one-year anniversary of the white nationalist gathering in Charlottesville, Virginia. That rally sparked intense violence and led to the death of Heather Heyer, a 32-year-old paralegal, when a Nazi sympathizer drove his car into counter-protesters. Several hundred men carrying torches chanted “Jew will not replace us” as they marched around the University of Virginia’s campus the night before.

On Friday, Metro board chair Jack Evans said the agency was considering providing protesters with separate train cars to prevent violence. “We’re not trying to give anyone special treatment,” Evans said. “We’re just trying to avoid scuffles and things of that nature.”  He also said that no final decisions had been made, adding, “We’re just trying to come up with potential solutions on how to keep everybody safe.”

But on Saturday, Evans decided against separating the white nationalists attending the rally. “Metro will not be having a separate train, or a separate car, or anything separate for anybody at this event that’s gonna happen next Sunday,” he told Washington’s NBC affiliate. When NBC4 asked Evans if he regretted considering separating the protesters, he claimed the idea “was never under consideration.”

“We’d like to keep the groups separate,” Evans told the station one day before. “We don’t want incidents on Metro.”

The statement from ATU Local 689 noted that more than 80 percent of the union’s members are people of color, “the very people that the Ku Klux Klan and other white nationalist groups have killed, harassed and violated.” The union local said it would “not play a role in their special accommodation.”