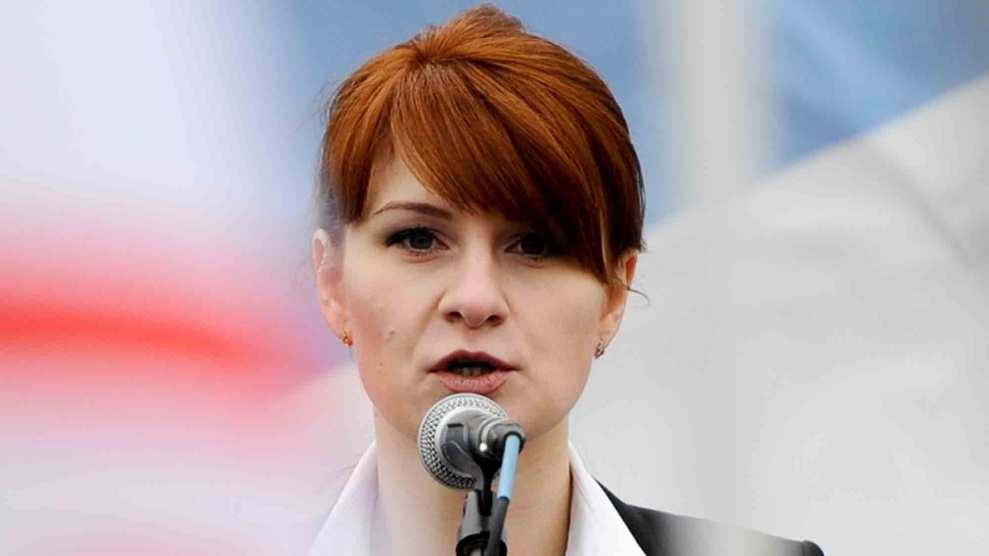 On May 7, the National Rifle Association released a curious press release declaring that Oliver North, the key player in the Iran-contra scandal and an NRA board member, was “poised to become” the group’s president. Earlier that day, Peter Brownell, then finishing his first term as NRA president, had announced that he would not seek a second annual term in order to devote more time to his family business, a firearms retail company.

This changing of the guard—and how it happened—was odd. For fifteen years, the NRA leadership had followed a specific pattern: an officer was elected by the board to serve two consecutive annual terms as second vice president, then two as first vice president, and, finally, two as president. But the Brownell-to-North transition broke this orderly process. North at the time was serving in neither vice president position. And his ascension was a surprise—even to North. The day of the move, North told NRATV, “I didn’t expect this to be happening…This was very sudden.” (North also remarked, “A coup is being worked against the president of the United States and every conservative organization on the planet.”)

This development puzzled NRA watchers. North had not been in the line of succession. He was not prepared for the position and said he would need weeks before he could assume the post. Brownell was the first NRA president in a decade and a half not to seek a second term, and the first vice president, Richard Childress, was passed over. Childress claimed that because of his own commitments he could not even serve as interim president. That job went to the second vice president, Carolyn Meadows. The NRA had been known as an outfit with a strict hierarchy. But now all that was being thrown aside in what North called an “unexpected” and “sudden” action.

What wasn’t publicly known at the time was that on April 25—two weeks before this seemingly hasty NRA leadership makeover—FBI agents in tactical gear raided the apartment of Maria Butina, a 29-year-old Russian who three months later would be charged by federal prosecutors for allegedly serving as a secret agent for the Russian government in the United States. For years, Butina and her mentor, Alexander Torshin, a Russian official tied to Vladimir Putin, had hooked up with the NRA and other conservative groups, allegedly as part of what the Justice Department called a covert influence operation. Butina, who ran a gun rights group in Russia, and Torshin, who has been accused of money laundering (a charge he denies), had attended NRA events and other right-wing get-togethers, and during the 2016 campaign used their NRA contacts to try to arrange a meeting between Putin and Donald Trump. (It didn’t happen.) During this operation, according to prosecutors, Butina relied upon the assistance of conservative consultant Paul Erickson, her romantic partner and an active NRA member.

Did the FBI investigation of Butina lead to Brownell’s quick retreat from the NRA leadership? The NRA did not respond to a request for comment. And neither did Brownell. “He’s not taking calls,” the receptionist at his company says.

Brownell did have history with Butina. In 2015, she organized a trip to Russia for an NRA delegation that included Brownell, top NRA donor Joe Gregory, and David Clarke, then the Milwaukee County sheriff. During that jaunt, the NRAers met with Dmitry Rogozin, the deputy prime minister, who had been sanctioned by the Obama administration in 2014 in retaliation for Putin’s intervention in Ukraine. Rogozin led the ultra-right party Rodina, and his government portfolio included a matter of particular interest to this delegation: the arms industry. He had the task of overseeing Russia’s military-industrial complex and rejuvenating the nation’s weapons-making business.

While Brownell, then the NRA’s first vice president, and his NRA colleagues were in Moscow, they visited the headquarters of ORSIS, a private arms manufacturer. Accompanied by Butina, they watched a video extolling the ORSIS T-5000, a highly accurate sniper rifle that had been identified by the Pentagon as a threat to American troops. They toured the company’s manufacturing plant and observed rifles being made. They also test-fired ORSIS rifles at an on-site shooting range. The firm presented the NRA group with watches bearing the company’s logo. Weeks later, the company produced a promotional video showing the NRA delegates gushing over the T-5000. The video was posted on YouTube. That is, Brownell and the others, who had been escorted to the ORSIS offices by Butina, were helping ORSIS sell a rifle that worried US military planners.

During that visit, Brownell and the NRA delegation met Svetlana Nikolaeva, the president of the parent company of ORSIS. (She appears in that promotional video with the NRA crew.) In what was likely not a coincidence, Nikolaeva’s oligarch husband, Konstantin Nikolaev, provided financial support to Butina, according to private testimony Butina gave to Senate investigators this year before she was charged. (One document filed by federal prosecutors maintains that Butina has “ties to the Russian oligarchy.”)

The Butina case has been an embarrassment for the NRA, which has yet to comment on it, and, more important, it has raised questions about interactions between the gun lobby and Russia, including the possibility of Russian sources funneling money to the NRA. (According to a BuzzFeed report, Butina and Erickson engaged in financial transactions totaling nearly $300,000 that were flagged by banking investigators as suspicious.) A previous NRA president, David Keene, who was part of that delegation to Russia, enthusiastically pledged his assistance to Butina and her Russian organization. And Brownell was smack-dab in the middle of the NRA-Butina connection.

If Brownwell’s departure as top gun at the NRA was not related to the Butina case, then the gun lobby was quite fortunate he was gone by the time this scandal exploded.