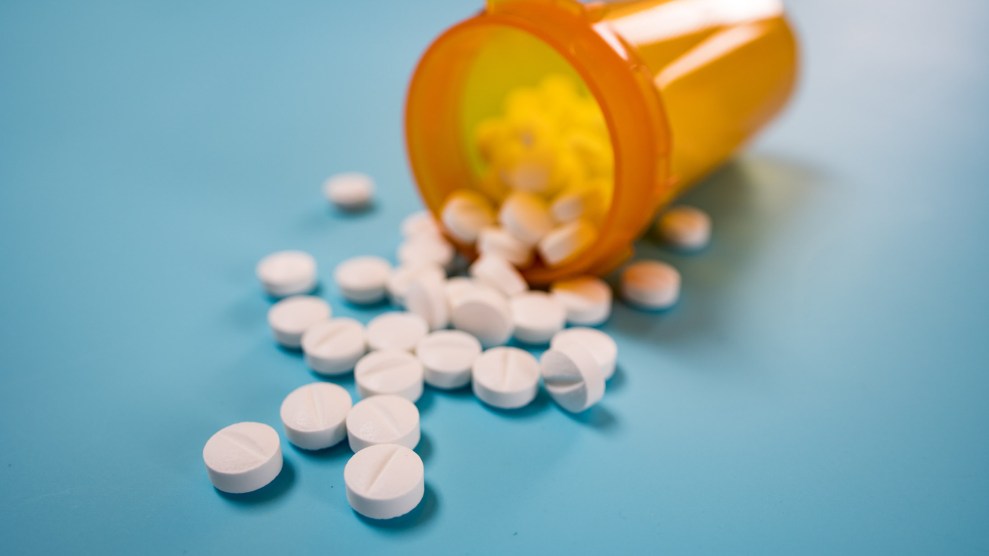 A bill that would require California’s public universities to provide students with medication-based abortions is one step away from becoming law after passing the state Assembly today. It will head back to the Senate for a final concurrence vote this week before landing on Gov. Jerry Brown’s desk.

The bill, SB 320, applies to all University of California and California State University campuses, with an option for community colleges and private universities to take part. The first of its kind, the legislation started out as a resolution dreamed up by the UC-Berkeley group Students United for Reproductive Justice. Adiba Khan, one of the group’s cofounders, told me in February that she and her fellow student activists were inspired to change the lack of abortion services at their university clinic, which otherwise offers “comprehensive reproductive health services.” At least two pregnant students Khan knew were forced to take time away from work and classes to seek abortion services off campus. “The movement to get medication abortion on campus began when students recognized our need for it,” Khan said in an press release. “Now, we need Governor Brown to sign this bill into law to make abortion care on campus a reality for all students.”

The measure passed with 46 ayes and 20 voting against.

The bill was authored by California state Sen. Connie Leyva, a Democrat from a district near San Bernardino, who has sponsored other legislation on women’s health issues. “Students should not be forced to delay important medical care, travel long distances or even miss class or work responsibilities when medication abortion can be offered by trained health care providers on campus,” Leyva said in a June press release, when the bill was still in committee. A UC-San Francisco study released last December found that 62 percent of UC and CSU students would need to spend two or more hours on public transit to get a medication abortion. For some students, the travel time would be as long as four to six hours. More than two-thirds of UC students and one-third of CSU students do not have a car at school.

Speaking on the Assembly floor on Wednesday morning, Assemblymember Wendy Carrillo, a Los Angeles Democrat, noted that early access is critical for students seeking medication abortions, since they must be administered within the first 10 weeks of pregnancy. “Denying comprehensive and accessible reproductive care on campus interferes with the well-being and academic success of women and disproportionately impacts students of color and low-income students,” Carrillo said. “We know that terminating a pregnancy is a constitutionally protected right, but there is a distinct difference between having a legal right and having access to that right.”

On Monday, Campus Action for Reproductive Equity, the group mobilizing in support of the bill, delivered a petition to the Assembly calling on Democrats to vote yes. That organization and other student activists is also circulating a petition asking Brown to sign the bill into law when it hits his desk. Brown’s spokesperson Evan Westrup said the governor does not generally comment on pending legislation. He will have until October to sign or veto the bill. If it becomes law, UC and CSU campuses will have until Jan. 1, 2022, to implement medication abortion care in their clinics.

Today we dropped off the @CREDOMobile petition w/over 13,000 signatures in support of #SB320! @AssemblyDems vote aye on SB320 & take the lead in expanding access to reproductive care by making the abortion pill available at university student health centers! #AbortionCareonCampus pic.twitter.com/YVHDoSA7yf

Not everyone is a fan of the legislation. Students for Life of America, an anti-abortion group, has been campaigning vigorously against the bill, claiming that it could put students and schools in dangerous situations. “This proposal creates great risk to women, who will be sent to their dorms to bleed and experience a horrific event, and will expose universities to great risk when tragic consequences occur,” the group’s president, Kristan Hawkins, said in an emailed press release. Less than half of one percent of medication abortions result in complications requiring hospitalization, according to the Guttmacher Institute, a think tank that studies reproductive health. As the UC-San Francisco study notes, as many as 519 UC and CSU students already seek medication abortions each month; offering them on campus, the bill’s supporters say, would just bring the service closer to home.