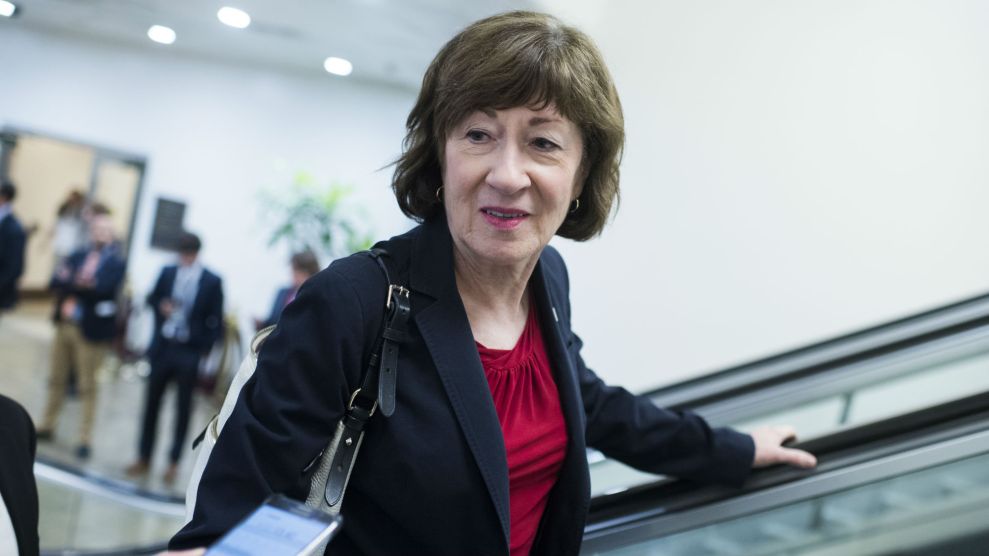 Brett Kavanaugh believes that Roe v. Wade, the 1973 Supreme Court decision that legalized abortion nationwide, is “settled law,” Senator Susan Collins (R-ME) told reporters outside her office on Tuesday. Collins made the statement after a highly-anticipated meeting with Kavanaugh, who is President Trump’s nominee to fill the vacant seat on the high court.

On the campaign trail, Trump promised to select Supreme Court justices who would overturn Roe v. Wade, and abortion-rights advocates worry that Kavanaugh, a conservative Washington DC appellate court judge and former President George W. Bush staffer, will do just that. His nomination last month set off a wave of concern that the right to abortion could be seriously undermined, or completely done away with, in a matter of years.

Collins, a proponent of abortion rights and a moderate Republican who is regarded as a swing vote in Kavanaugh’s nomination, has said that she would not support a nominee for the high court who is hostile to Roe. Ahead of the meeting on Tuesday, Collins told reporters that she planned to ask Kavanaugh about his praise for Justice William Rehnquist’s dissent in the Roe case. Her statement after their meeting suggests she is satisfied with his position on the issue.

“We talked about whether he considered Roe to be settled law,” Collins told reporters after her meeting with Kavanaugh. “He said that he agreed with what Justice Roberts said at his nomination hearing, in which he said that it was settled law.”