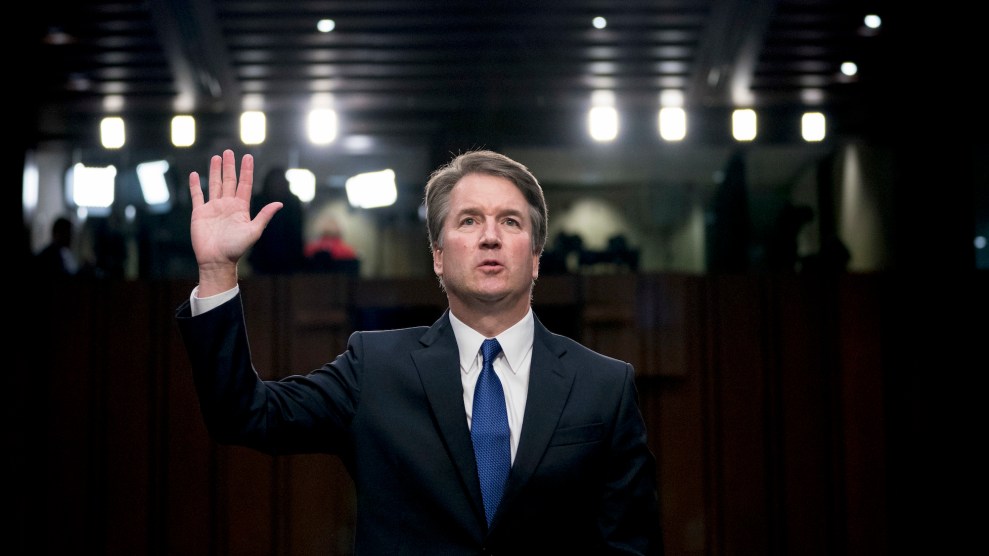 In his opening statement before the Senate Judiciary Committee on Thursday, Supreme Court nominee Brett Kavanaugh denied that he had sexually assaulted Christine Blasey Ford while they were in high school. But as all the Republicans on the committee have done thus far, he strained to insist that he didn’t want to call Ford a liar. Instead, he stated, “I am not questioning that Dr. Ford may have been sexually assaulted by some person in some place at some time.”

The implication by Kavanaugh is that he’s like so many wrongfully accused and convicted criminal defendants, whose lives were ruined by faulty memories and mistaken identities. It’s a theory that’s been bandied about by senators and conservative operatives since Ford’s allegations became public. But is it really possible that Ford is simply mistaken and got the wrong guy?

The data aren’t on Kavanaugh’s side. The National Registry of Exonerations has found that “unintentional misidentifications” contributed to about 30 percent of wrongful convictions. But researchers have noticed some patterns among those cases. “The great majority of defendants who have been exonerated after an eyewitness mistakenly identified them were strangers to the witnesses,” says Samuel Gross, co-founder of the registry and a law professor at the University of Michigan. That’s clearly not the case with Kavanaugh and Ford.

Rob Smith, executive director of the Justice Collaborative, a criminal justice reform nonprofit, says that misidentification is a serious problem in the criminal justice system. But he says the Kavanaugh case is nothing like those wrongful convictions. When it comes to mistaken ID, Smith says, “We’re usually talking about a stranger situation, cross-racial situations, situations where the person couldn’t have full visibility.”

Kavanaugh’s suggestion that Ford was assaulted by someone other than him is the shorter version of the discredited theory proposed last week, complete with yearbook photos, by conservative pundit Ed Whelan, the president of the Ethics and Public Policy Center and a longtime Kavanaugh friend. Whelan suggested on Twitter that another man was actually Ford’s assailant and that she simply confused him with Kavanaugh. That’s also the line used by Sen. Orrin Hatch (R-Utah), who strained to avoid calling Ford a liar when he suggested that “she’s mixed up.”

Arizona prosecutor Rachel Mitchell, whom the Republicans on the committee hired to question Ford, also asked whether the psychology professor might somehow have just gotten it wrong, and whether her assailant was, in fact, another Georgetown Prep classmate of Kavanaugh’s identified by Whelan. Ford disputed this notion during her testimony on Thursday and said she was “100 percent certain” it was Kavanaugh who’d attacked her.