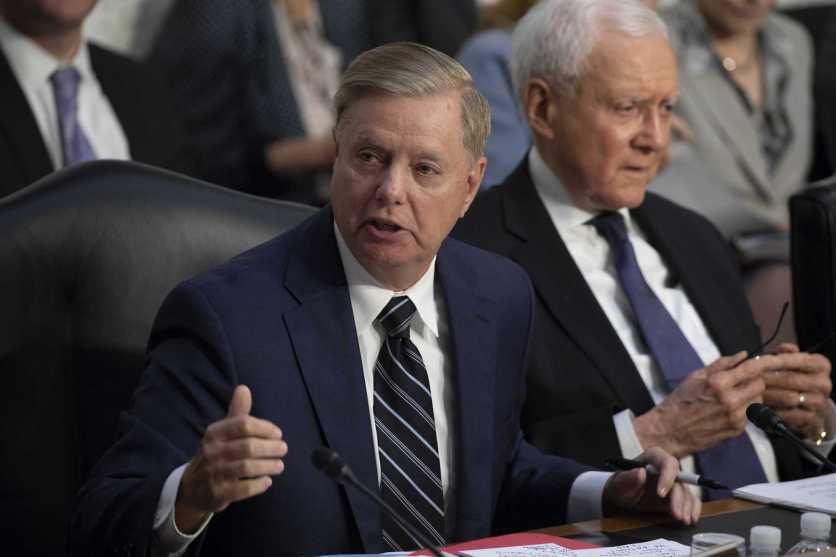 Republican senators will give Christine Blasey Ford a chance to be heard. But some have already admitted that they are unlikely to believe her.

Ford, a psychologist, has agreed to testify Thursday before the Senate Judiciary Committee to detail her allegation that Trump’s Supreme Court nominee sexually assaulted her decades ago while they were both in high school.

“What am I supposed to do? Go ahead and ruin this guy’s life based on an accusation?” Sen. Lindsey Graham (R-S.C.), a member of the Senate Judiciary Committee, asked on Fox News Sunday. “I don’t know when it happened, I don’t know where it happened, and everybody named in regard to being there said it didn’t happen.”

“I want to listen to Dr. Ford. I feel sorry for her. I think she’s being used here.”

Graham was previously faulted for saying of Ford, who holds a doctorate in clinical psychology, “I’ll listen to the lady, but we’re going to bring this to a close.” On Sunday, Graham used Ford’s title but continued to suggested that she is being manipulated. “I want to listen to Dr. Ford.” he said. “I feel sorry for her. I think she’s being used here…This accusation is 36 years old. I don’t know when it happen or where it happened. And all the people who have been named say it didn’t happen.”

Graham’s views are consistent with those of other GOP lawmakers. Several have said they want to set up a fair process for Ford to be heard. They need to do so in order to not further alienate women voters before the midterm elections, but also because members of their own party, including Sens. Susan Collins (R-Maine), Jeff Flake (R-Ariz.) and Lisa Murkowski (R-Alaska) have threatened to oppose Kavanaugh’s confirmation otherwise.

But while agreeing to hear Ford’s testimony, GOP senators have said that her description of Kavanaugh attempting to rape her will not change their view that he is qualified to serve on the Supreme Court.

Senator Orrin Hatch (R-Utah) a senior Judiciary Committee member, suggested last week that Ford was “mixed up” about the attack. “The judge, who I know very, very well, is an honest man, said this didn’t happen,” Hatch said.

On Friday, Senate Majority Leader Mitch McConnell said that Kavanaugh will be confirmed no matter what occurs at the upcoming hearing.

“In the very near future, Judge Kavanaugh will be on the U.S. Supreme Court,” McConnell said Friday morning at the Values Voters summit for social conservatives. “So, my friends, keep the faith. Don’t get rattled by all this. We’re going to plow right through it and do our job.”

Other Republicans have gone further. At an Iowa Faith & Freedom Coalition event on Saturday, Rep. Steve King (R-Iowa), asked, “Is there any man in this room that wouldn’t be subjected to such an allegation? A false allegation?”

“How can you disprove something like that?” King asked. “Which means, if that’s the new standard, no man will ever qualify for the Supreme Court again.”