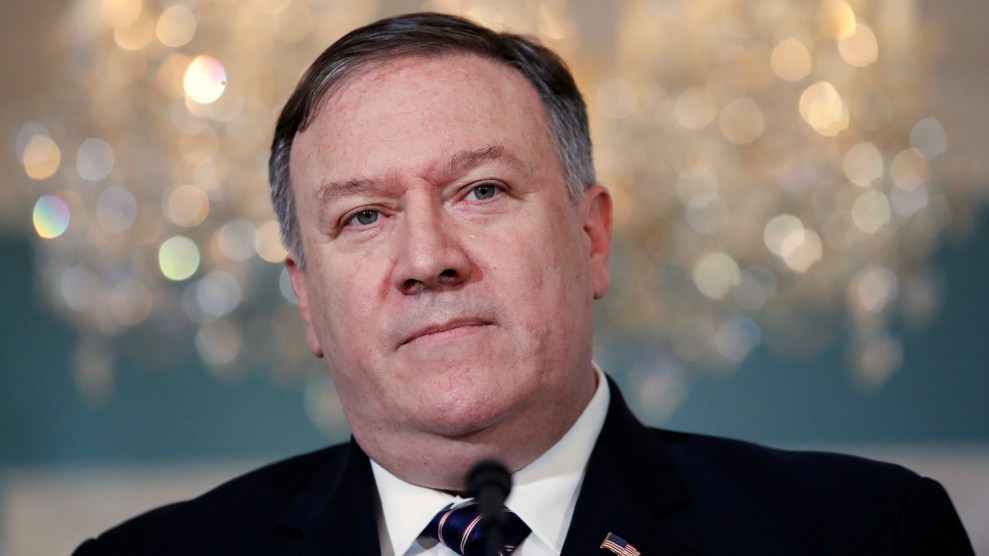 Secretary of State Mike Pompeo announced on Monday that the United States will cap refugee admissions at 30,000 people in the 2019 fiscal year, which begins in October. This is significantly lower than last year’s cap, which was the lowest on record, at 45,000 people. For contrast, the Obama administration set a 110,000 person-limit in 2016.

In practice, the United States is actually letting in far fewer refugees than even the record-low cap suggests. This fiscal year, the country is on track to let in about 22,000 refugees—less than half the amount permitted under the cap and less than a quarter of the number of refugees allowed into the country in 2016. There is no guarantee that the United States will let in 30,000 refugees next year, either. In 2016, the Obama administration let in all but 6 of the 85,000 refugees allowed that year.

Reuters reported last week on the wide range of activity the Trump administration has taken to slow down refugee admissions:

The administration has instituted opaque and complicated new security vetting procedures that have bogged down admissions and eliminated many candidates for resettlement who would previously have been accepted, many of the officials said. It has extended the strictest kind of vetting to women as well as men from 11 countries, mostly in the Middle East and Africa. And it has reduced by nearly two-thirds the number of officials conducting refugee interviews, reassigning about 100 of 155 interviewers to handle asylum screenings for people already in the country, including those who crossed the border illegally.

The shift has led to striking imbalances. Refugees admitted to the United States from the small European country of Moldova, for example, now outnumber those from Syria by three to one, although the number of Syrian refugees worldwide outnumbers the total population of Moldova.

The limit set this year is the lowest level since the modern refugee program began in 1980. Pompeo tried to downplay the size of the cut during an announcement at the State Department on Monday by calling attention to protections provided to asylum-seekers, who, unlike refugees, request protection once they’re already in the United States. “We proposed resettling up to 30,000 refugees under the new refugee ceiling as well as processing more than 280,000 asylum seekers,” he said.

“These expansive figures continue the United States’ long-standing record as the most generous nation in the world when it comes to protection-based immigration and assistance,” he said, according to Reuters.

Again, the reality is far different—the Trump administration has also, of course, been cracking down on asylum-seekers. This spring and summer, the government separated more than 2,500 families—many of them asylum-seekers—by prosecuting parents for crossing the border without authorization. And in June, Attorney General Jeff Sessions all but eliminated gang and domestic violence as grounds for asylum.