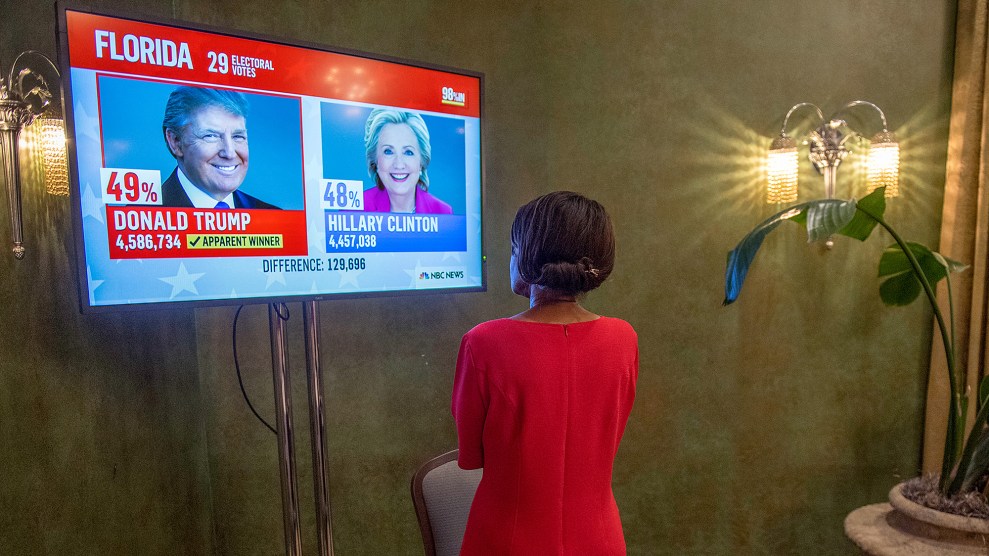 Since Trump’s surprise win in 2016 forced virtually everyone in politics and the media to question everything they thought they knew about predicting elections, there’s been a constant conversation among politicos about how the polls were oh so wrong. (Don’t even get them started on that damn New York Times needle.)

But that all misses the point, as Micah Cohen may be getting just a little tired of explaining. Cohen is the managing editor at FiveThirtyEight, one of the most respected names in the poll-analysis and election-forecasting business. Since 2016, he’s also been in the business of defending polling itself.

We recently hosted Cohen on the Mother Jones Podcast to talk about the midterms, whether we can trust polls anymore, and how maybe, just sometimes, we in the media are part of the problem.

“Look,” he says, “maybe people think I’m biased in answering this. I’m normally a very conciliatory person and I like to admit mistakes when I make them. [But] the polls were not really wrong in 2016.”

Anybody who pretends that polls are this exact instrument is lying to you. Polls are better than any other tool we have to measure how Americans feel about politics. They’re certainly better than your average political pundit. But they’re not all that precise. So do I think the polls were wrong in 2016? Well, they were off in a couple states. But I think the fault is much more with the media, who was acting as though a Clinton victory was assured based on those polls, when they should have been saying, “Hey, Clinton is up, but this thing is pretty close. And it could go either way.”

Cohen argues that this lesson certainly applies to this year’s midterms, as he again sees people getting attached to media narratives about polling instead of looking at what the data says. “I think the biggest myth right now is that Democrats have the House locked up,” he says. “They are certainly favorites to take the House. But it’s not a sure thing. And I think the idea that it’s a sure thing has crept into the popular narrative.”

“In our forecast we show Republicans with a 1-in-6 chance of winning the House,” he says, though today, a few days later, the FiveThirtyEight forecast says 1-in-7. “One in six is the chances if you’re playing Russian roulette—that’s the chances that you get killed. And nobody wants to play Russian roulette.”

So what is Cohen’s advice to anxious midterm-watchers?

“In the House, I would advise people not to get too hung up on specific races,” he says. “As you would imagine in a contest with 435 races, any one race is pretty hard to predict. It comes down to local idiosyncratic factors. [And] one race doesn’t really have that much sway over the outcome overall.”