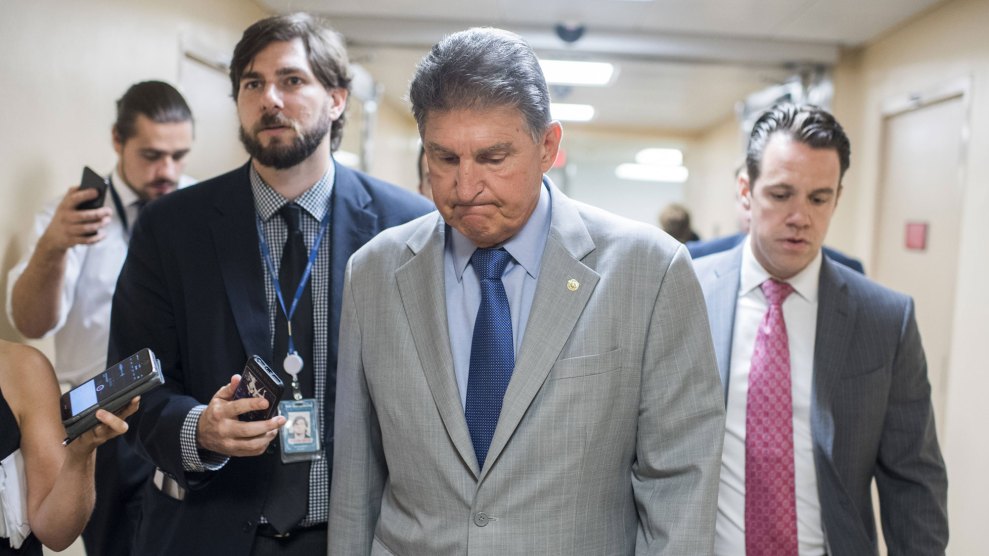 Just seconds after Maine Republican Sen. Susan Collins announced she would, in the end, support Brett Kavanaugh’s nomination to the Supreme Court—effectively assuring he will prevail in the final vote on Saturday—the last Democrat still on the fence, West Virginia Sen. Joe Manchin, finally hopped off it:

NEWS: Sen. Joe Manchin (D-West Virginia says in a statement he will vote to confirm Brett Kavanaugh to the Supreme Court. pic.twitter.com/zH6KMzGfTc

He’s a yes. Unless something changes, on Saturday, he’ll be the only Democrat—joining all but one Republican—voting for Kavanaugh.

In explaining his decision to reporters not long after, Manchin offered a familiar refrain, echoing colleagues such as Sen. Ben Sasse (R-Neb.)—he believes Dr. Christine Blasey Ford’s allegations of sexual assault, but he doesn’t believe she was sexually assaulted by Kavanaugh:

"I believe Dr. Ford," says Senator Joe Manchin (D-WV). "Something happened to Dr. Ford. I don't believe that the facts show it was Brett Kavanaugh."

Perhaps Manchin really does believe this, but the second part of the comment renders the first part irrelevant. In Ford’s letter to Sen. Dianne Feinstein (D-Calif.), her interview with Senate Judiciary Committee staffers, and her emotional public testimony, she was unwavering on this one point: She is “100 percent” confident it was Kavanaugh who assaulted her. She remembers his face, and she remembers, most of all, his laughter. If you don’t believe it was Brett Kavanaugh who sexually assaulted Christine Blasey Ford, then you don’t actually believe Christine Blasey Ford.