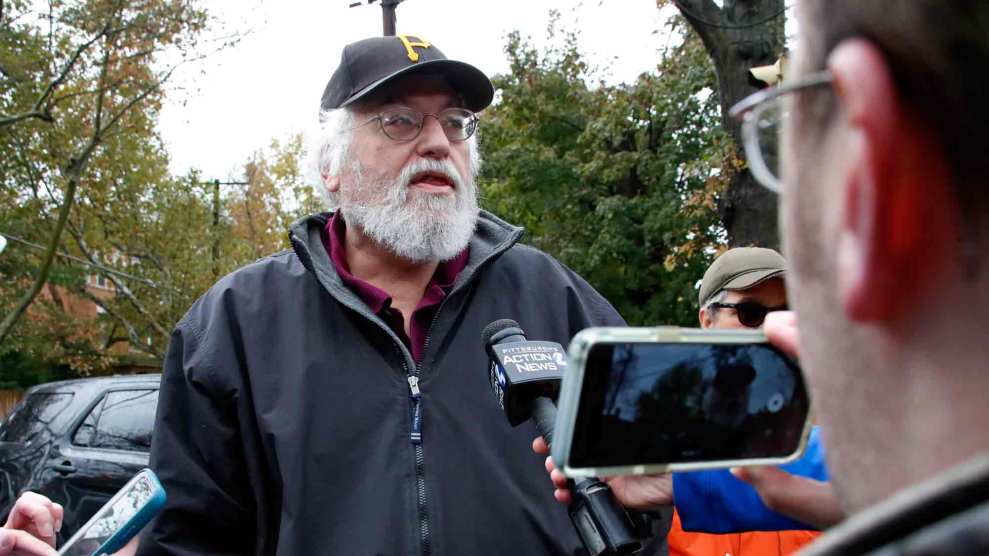 When Chuck Diamond heard there had been a shooting at Pittsburgh’s Tree of Life congregation, he started heading right over. He was stopped at a police barricade several blocks away, as investigators on the other side reckoned with the scene of destruction that has left multiple people dead, and at least four police officers wounded. Diamond, who served as a rabbi at Tree of Life for seven years until departing about a year and a half ago, was huddling with community members and coming to grips with the idea that he would know some of the killer’s victims.

“Knowing of the parties involved…I’m nervous,” he said.

Just spoke with retired Rabbi Chuck Diamond “I was the rabbi at Tree of Life for 7 years.” Very concerned for still unnamed congregants. pic.twitter.com/wzWDWaaJJ3

Diamond—”people call me Rabbi Chuck”—says there’s nothing about the congregation he once led, located in the traditionally Jewish neighborhood of Squirrel Hill, that would stand out and make it a target. “It’s surprising,” he said. “It’s quiet.”

“This is known as the Jewish area in town. This is a great place to be a Jewish person,” Diamond said.

In his time with the congregation, Diamond says they got some security advice from the local Jewish federation, but never received any threats. But the notion that something could happen, Diamond says “has always been a thought in the back of my mind.”

While the building is locked on weekdays, “on Sabbath, an open door. Someone could have just walked in the building and…” Diamond said, choosing not to finish the sentence.