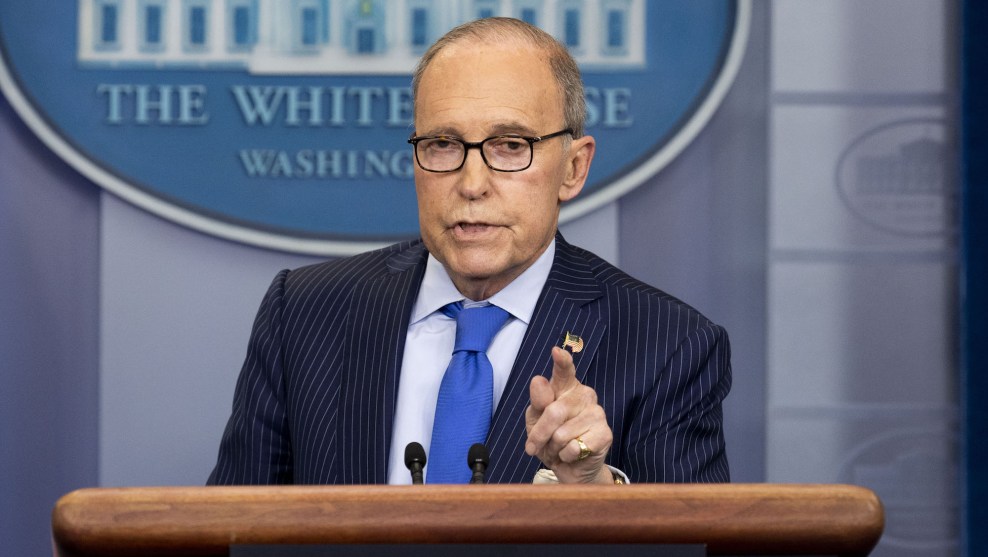 While raising the federal minimum wage has increasingly seen bipartisan support, there’s one place where the idea isn’t popular: The White House. In fact, the Donald Trump’s chief economic adviser would prefer that the nearly century-old policy be scrapped altogether.

Raising the minimum wage has taken on increased popularity in the past five years thanks to movements like Fight for $15 and successful state ballot initiatives. One 2017 poll found that 74 percent of Americans, including 58 percent of Republicans, supported raising the minimum wage to at least $9 an hour and minimum wage ballot initiatives have picked up steam in traditionally conservative strongholds, such as Arkansas and Missouri. The policy has become a mainstream talking point among Democratic politicians, including potential presidential candidates Sens. Bernie Sanders and Elizabeth Warren. The federal minimum wage was first introduced in 1938 and was last raised in 2009 to $7.25 an hour.

While Kudlow said he could not speak for the president, Kudlow said that he would advise Trump against cutting a deal with Democrats in the House or Senate to bump up the federal wage level should Democrats take back either chamber. Kudlow also argued against state and local minimum wages, but said that was not up to the federal government. Kudlow did say he applauded private sector efforts, namely from Amazon, to raise its minimum wage to $15, which goes into effect today, but said he believed the raise was a “private decision.”

“I don’t think people working and succeeding is inflationary,” said Kudlow, who said that the economy is currently rebounding thanks to the tax cuts that Republicans passed last year. But Kudlow has struggled in the past to land his economic predictions. He denied that the country was entering a recession in 2007. The National Economic Council would later determine that the Great Recession started the same month Kudlow made that statement.