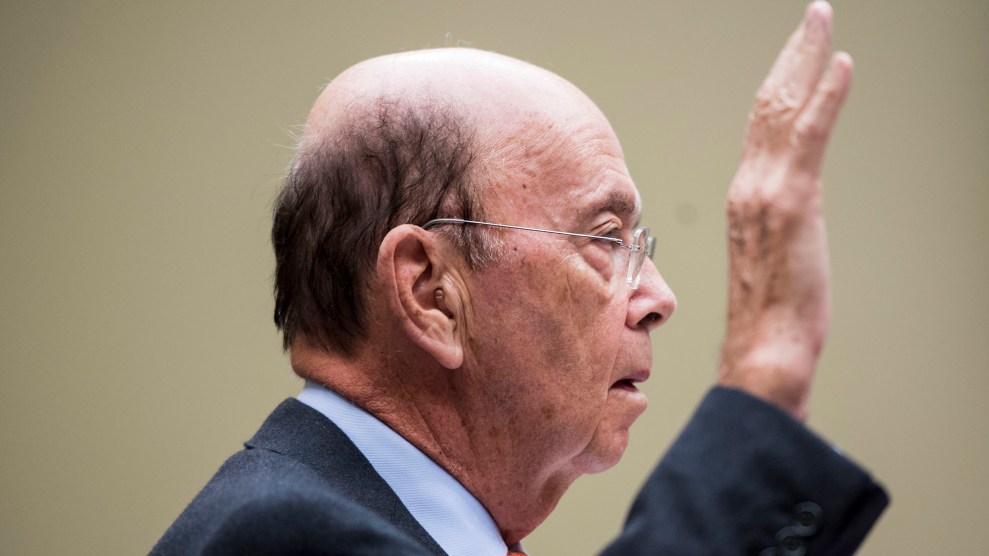 The deeper the Trump administration got into a three-week trial challenging its controversial decision to add a question about citizenship to the 2020 census, the more the administration undercut its own stated rationale for the question. And on Tuesday, as closing arguments in the trial wrapped up, the government’s storyline for the creation of the question was in shambles.

The administration announced in March that it was adding the question, which hadn’t been asked on a census since 1950. Civil rights groups immediately challenged the move in court, saying it would depress responses from immigrants and noncitizens, making the census less accurate and less fair. The census determines how $675 billion in federal funding is allocated, how much representation states receive, and how political districts are drawn.

New York and 16 other states, along with the ACLU and immigrant rights groups, filed the lawsuit, the first of six suits challenging the citizenship question. On Tuesday, Matthew Colangelo of the New York attorney general’s office told Judge Jesse Furman of the Southern District of New York that the question would “permanently impair core elements of our constitutional democracy.”

Furman aggressively questioned lawyers for the government before a packed courtroom in Lower Manhattan, saying it was “undisputed” that the citizenship question would make immigrant communities less likely to respond to the census. “How can you stand here and dispute that?” he asked Justice Department lawyer Brett Shumate.

“There is some evidence in the record that the citizenship question will decrease self-response rates,” Shumate conceded.

It was the latest in a series of episodes that contradicted the administration’s rationale for adding the question.

Commerce Secretary Wilbur Ross, who oversees the Census Bureau, said in March that he approved the citizenship question because the Justice Department needed it for “more effective enforcement” of the Voting Rights Act. He subsequently testified before Congress that the Justice Department had “initiated” the request.

John Abowd, the top scientist for the Census Bureau, testified that the bureau opposed adding the question. Abowd wrote in a January memo to bureau leadership that the citizenship question would be “very costly, harms the quality of the census count, and would use substantially less accurate citizenship status data than are available from administrative sources.” He said Sessions used his “political influence” to prevent Justice Department staff from meeting with the bureau to hear their concerns.

In his memo approving the citizenship question, Ross recounted a conversation with Christine Pierce, senior vice president of data science for the survey firm Nielsen, who allegedly told Ross that “no empirical data existed on the impact of a citizenship question on responses.” But in her deposition that was submitted to Furman, Pierce disputed Ross’ account of their conversation.

“During this conversation, I told Secretary Ross unequivocally that I was concerned that a citizenship question would negatively impact self-response rates,” Pierce said in her deposition. “I explained that people are less likely to respond to a survey that contains sensitive questions.” She added, “I did not say ‘to the best of [my] knowledge no empirical data existed on the impact of a citizenship question on responses.’ I did discuss the importance of testing questions to understand any impacts to response and I explained that a lack of testing could lead to poor survey results. I confirmed that I was not aware of any such test of a citizenship question by the Census Bureau.”

Sunshine Hillygus, a political scientist at Duke University and a former member of the Census Bureau’s scientific advisory committee, testified about research from the Census Bureau that found that the citizenship question could depress responses from noncitizens between 5.1 percent and 11.9 percent, an estimate she called conservative given the widespread fears among immigrants that the Trump administration will use the question to deport undocumented immigrants. A recent survey by the Census Bureau found that “the citizenship question may be a major barrier” to a successful census, with a majority of respondents believing that “its purpose is to find undocumented immigrants.” Nearly 60 percent of those surveyed said they did not trust the federal government, and close to a quarter of respondents were “extremely concerned” or “very concerned” that their answers would be used against them. Shumate, the Justice Department lawyer, acknowledged that “the political climate since 2016 will make it less likely for some people to respond to the census.”

While answers to the census are strictly confidential, a recently released memo from former Justice Department attorney Ben Aguiñaga suggested that the Trump administration could amend those regulations to share citizenship information with other government entities, such as the Department of Homeland Security, which oversees deportations. That would have a major chilling effect on participation among noncitizens. Aguiñaga is now a clerk for Supreme Court Justice Samuel Alito. The Supreme Court will hold oral arguments in February to decide whether Ross must sit for a deposition under oath and what kind of evidence can be considered in the case.

It appears that a desire to reduce the influence of immigrant communities played a role in the deliberations over the citizenship question. In July 2017, Kansas Secretary of State Kris Kobach—at the time the vice chair of Trump’s now-defunct Election Integrity Commission—wrote to Ross “at the direction of Steve Bannon” and said it was “essential” the citizenship question be added to the census. Kobach wrote that the absence of a citizenship question “leads to the problem that aliens who do not actually ‘reside’ in the United States are still counted for congressional apportionment purposes.” Kobach never mentioned the Voting Rights Act in his letter, which suggested that the question was added not to aid enforcement of the VRA, but to boost Republicans and reduce the political clout of areas with many immigrants.

Furman said he hoped to issue a ruling in the coming weeks. “The outcome of this trial will affect every community in this country,” Colangelo said in his closing arguments.