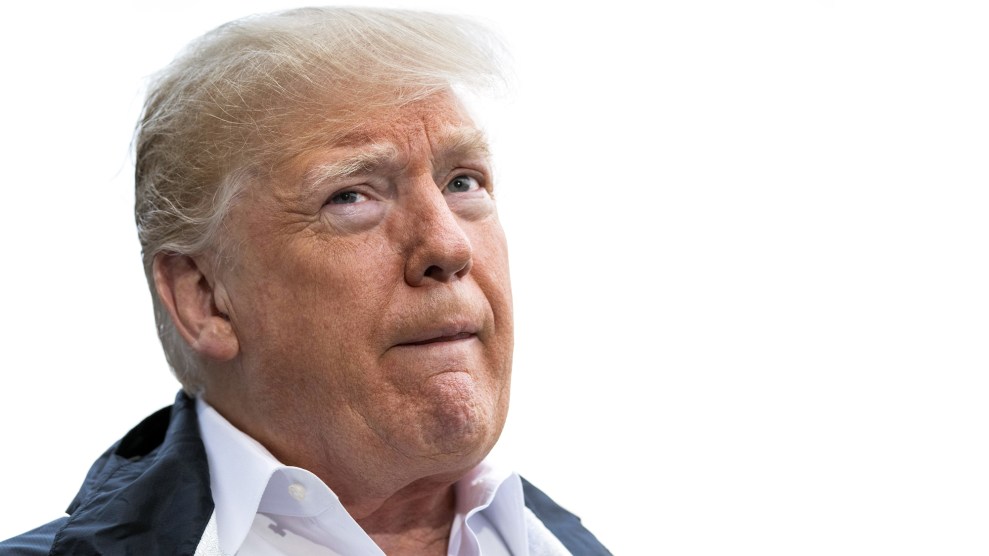 Before Matthew Whitaker, now the acting attorney general, entered the Justice Department as Jeff Sessions’ chief of staff, he raised his public profile as a television pundit attacking special counsel Robert Mueller’s probe. But in a new interview on “Fox News Sunday” with Chris Wallace, President Donald Trump, an avid TV-watcher, denied knowing that Whitaker was a critic of the Russia investigation.

“I did not know he took views on Mueller as such,” Trump told Wallace. During the segment, Fox News showed two clips of Whitaker in 2017 stating that a new attorney general could starve the Mueller probe of funding and that there was no collusion.

WOW — Trump absurdly claims he wasn't aware Whitaker is outspoken critic of the Muller probe before he appointed him acting AG.

"I did know that. I did not know he took views on Mueller…I don't think it had any effect…there is no collusion." pic.twitter.com/yCpPEycaiw

Trump’s denial not only strains credulity, it also contradicts recent reporting that found it was, in fact, these exact television appearances that first endeared Whitaker to Trump, and that this demonstrable loyalty was ultimately why Trump elevated Whitaker over the next in line, Deputy Attorney General Rod Rosenstein.

“People close to the president said Mr. Whitaker first came to the attention of Mr. Trump because he liked watching Mr. Whitaker express skepticism about aspects of Mr. Mueller’s investigation on television,” the New York Times reported last week. Around that same time, in the summer of 2017, White House counsel Don McGahn reportedly interviewed Whitaker about a job as a “legal attack dog” against special counsel Robert Mueller, according to the Times.

Additionally, Trump let slip his familiarity with Whitaker’s position on the Mueller investigation this past Wednesday in an interview with the conservative outlet, Daily Caller. Trump responded to a question about Whitaker by bringing up Russia, a signal that his choice of attorney general is being guided by his desire to end Mueller’s work.

Sunday’s interview was not the first time Trump has tried to distance himself from Whitaker, now that there are concerns that his appointment was an attempt to obstruct justice. Back in October, Trump said, “I can tell you Matt Whitaker’s a great guy. I mean, I know Matt Whitaker.” But in November, after his appointment, Trump tweeted, “I did not know Mr. Whitaker. Likewise, as Chief, I did not know Mr. Whitaker except primarily as he traveled with A.G. Sessions. No social contact…”