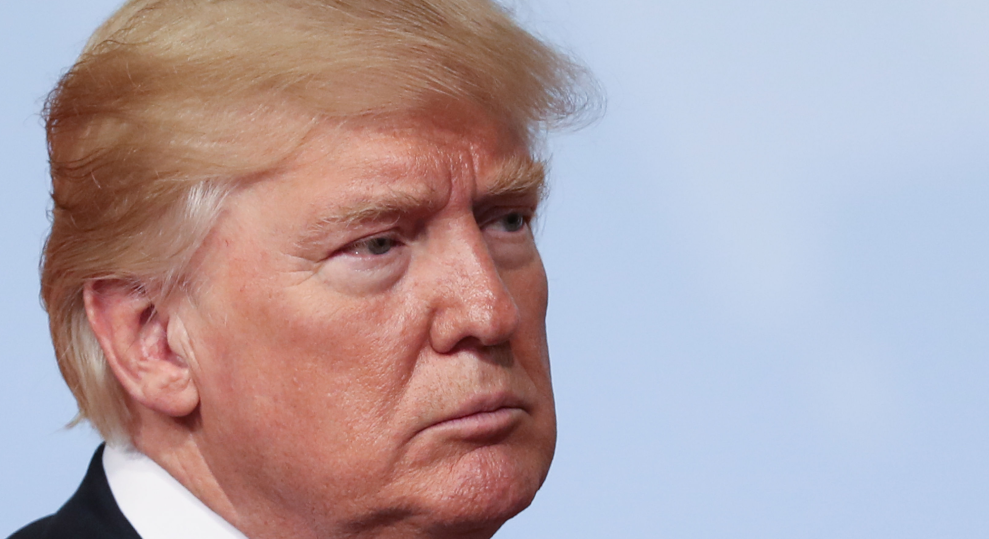 CNN published a bombshell report Friday night about more temper tantrums in the White House. This is not surprising because of course it’s about Donald Trump, but reading the details is still galling.

President Donald Trump has at least twice in the past few weeks vented to his acting attorney general, angered by federal prosecutors who referenced the President’s actions in crimes his former lawyer Michael Cohen pleaded guilty to, according to multiple sources familiar with the matter.

Matt Whitaker is the acting attorney general of the United States, a role he assumed after the president fired Attorney General Jeff Sessions, at least in part because of Sessions’ refusal to rein in special counsel Robert Mueller’s investigation. The investigation was launched after another Trump firing, this time of FBI Director James Comey after pressuring him to drop an investigation into former national security adviser Michael Flynn. Whitaker reportedly does not think very highly of Mueller’s investigation, which many have speculated made him such an attractive choice to Trump.

Back to the CNN story (we added the bold):

Trump was frustrated, the sources said, that prosecutors Matt Whitaker oversees filed charges that made Trump look bad. None of the sources suggested that the President directed Whitaker to stop the investigation, but rather lashed out at what he felt was an unfair situation.

The first known instance took place when Trump made his displeasure clear to acting attorney general Matt Whitaker after Cohen pleaded guilty November 29 to lying to Congress about a proposed Trump Tower project in Moscow. Whitaker had only been on the job a few weeks following Trump’s firing of Jeff Sessions.

Over a week later, Trump again voiced his anger at Whitaker after prosecutors in Manhattan officially implicated the President in a hush-money scheme to buy the silence of women around the 2016 campaign — something Trump fiercely maintains isn’t an illegal campaign contribution. Pointing to articles he said supported his position, Trump pressed Whitaker on why more wasn’t being done to control prosecutors in New York who brought the charges in the first place, suggesting they were going rogue.

“Words fail me,” Neal Katyal, who served as acting solicitor general under former President Barack Obama, said on Twitter. “The President is having conversations w/the Acting AG he installed (w/out Senate confirmation) about a criminal case in which he is directly implicated.”

Trump’s conservative apologists have worked very hard to come up with tortuous reasons to explain why the Mueller investigation is bad. They say it has cost too much. Or it has gone on too long. Or that there are too many Democrats on the team. Or that Mueller is going beyond his mandate. These reasons are stupid, but most importantly, they aren’t Trump’s reasons for despising the Mueller investigation. His problem is the same as his problem with the SDNY investigation, and the same as his problem with the FBI’s original investigation into Flynn. Simply put, they make Trump look bad. Everything else amounts to just meaningless words in a meaningless order.

Any investigation that could have a negative consequence for Trump is illegitimate and bad. That is the buy-in to play at Trump’s table. Former Bush White House ethics chief Richard Painter put it more bluntly: “It is clear now that @realdonaldtrump wants Whitaker to obstruct justice.”

Regardless of whether you think Trump’s actions in this case rise to obstruction of justice, one thing is clear: Whitaker will not see it that way. As David Corn reported in November, the acting attorney general does not believe a president can obstruct justice.

“This is power that is completely vested in the president,” Whitaker said in 2017. “If he wanted to he could have told Jim [Comey] to stop investigating former [Defense Intelligence Agency] director Flynn. And he didn’t…I’m sure he made his preference known. Quite frankly, he’s president of the United States. He can do that.”

According to CNN, he is doing just that.