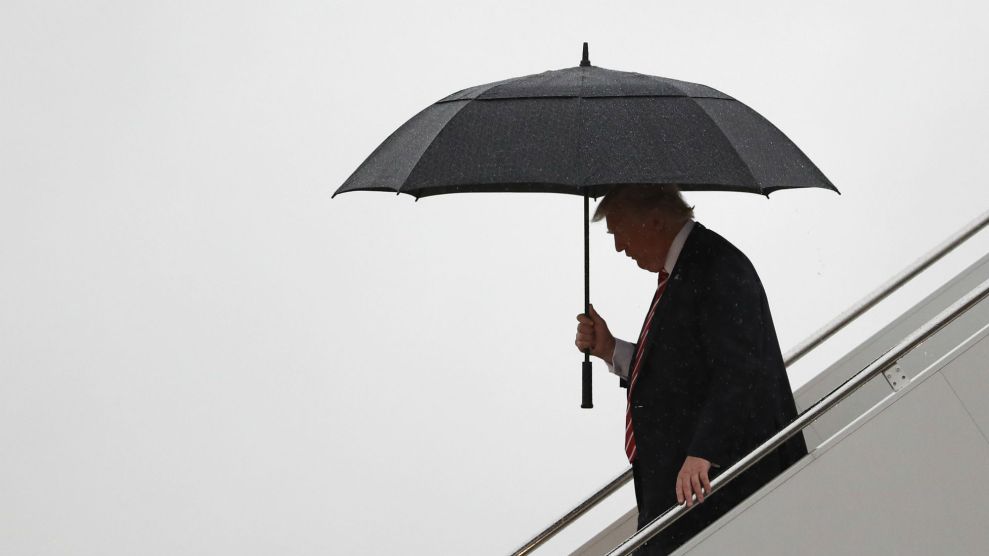 President Donald Trump regularly fumes during meetings and calls his aides and advisers “fucking idiots.” He watches ever more TV, wonders why the press covers him so critically, and distrusts advisers who tell him that even as president he doesn’t always have the authority to make his wishes come true.

All this and more is outlined in a lengthy New York Times piece published Saturday outlining how at almost two years in, Trump’s presidency is unraveling as he grows ever more “isolated,” “more sure of his own judgment,” and intent on following through on it at all costs.

The piece is based on more than 30 interviews with Trump’s inner circle—personal friends, political allies, former administration staffers, and more. “The portrait that emerges,” notes the Times, “suggests a president who revels in sharp swings in direction, feels free to disregard historic allies and presides over near constant turmoil within his own team as he follows his own instincts.” More from the Times:

Now, the president who once declared that “I alone can fix” the system increasingly stands alone in a system that seems as broken as ever. The swirl of recent days—a government shutdown, spiraling scandals, tumbling stock markets, abrupt troop withdrawals and the resignation of his alienated defense secretary—has left the impression of a presidency at risk of spinning out of control.

Through their extensive interviews, the Times uncovers that an increasingly “impulsive” Trump believes he does not need advisers at all. He’s appeared to be uninterested in the details that arise during briefings and has been retreating more to his private residence, concerned he’s being watched. He worries that advisers are secretly trying to undermine him when they offer guidance. What’s more, he’s been dedicating ever more time to reminiscing about the 2016 presidential campaign. Boasting about the aspects of the presidency that show his power, he points to what he calls “love letters” from North Korean dictator Kin Jong Un and the fact that roads close to make way for his motorcade.

Trump’s growing isolation and distrust in everyone other than himself, the Times warns, is a sign that even more chaos is likely to ensue for the the remainder of his term: “As tumultuous as events have been so far, Mr. Trump’s first two years may ultimately look calm compared to what lies ahead.”