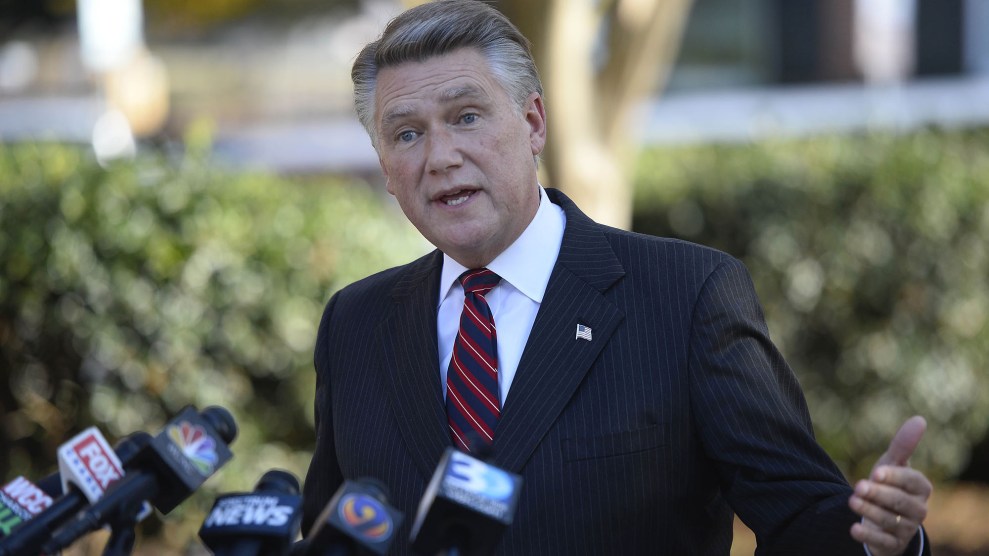 On January 3, 40 freshman Democrats will be sworn in, officially flipping the House from red to blue. But the seat for the 9th Congressional District in North Carolina will remain empty.

The race between Republican Mark Harris and Democratic candidate Dan McCready has been roiled by allegations of ballot fraud against the Republican, who leads the count by just over 900 votes. Harris’s campaign is facing allegations that a contractor, Leslie McCrae Dowless, ran an operation that illegally collected absentee ballots in the rural Branard County. Investigations into the integrity of the election have raised additional questions that date back to the primary.

Democrats accused Harris of trying to short-circuit these investigations when he filed an emergency petition to the nine-member state election board to certify his victory. The board already voted unanimously earlier this month to not certify the results while it was investigating the election. A court ruling from an unrelated case had found that the election board in its current form was unconstitutional, and ordered that it be disband by noon on Friday. A new board approved by the Republican-controlled legislature will assume its duties January 31, potentially leaving the election results unsettled for several more weeks. Harris has said he’ll next seek a decision from a federal court to certify that he won the seat in Congress.

Incoming House Majority Leader Steny Hoyer (D-Md.) said Friday that House Democrats have no intention of swearing in Harris next week. “Given the now well-documented election fraud that took place in NC-09, Democrats would object to any attempt by [Mark] Harris to be seated on January 3,” Hoyer said in a statement. “In this instance, the integrity of our democratic process outweighs concerns about the seat being vacant at the start of the new Congress.”

The situation is an awkward one for Republicans who have long stretched the truth about concerns over voter fraud helping Democrats in elections. There is no evidence for widespread in-person voter fraud, but North Carolina Republicans have used those fears to implement some of the strictest voter ID requirements in the country—laws that do more to suppress turnout than root out the chances of possible tampering with ballots.

“My own view is, we probably ought to redo the general election,” Hoyer told CNN.