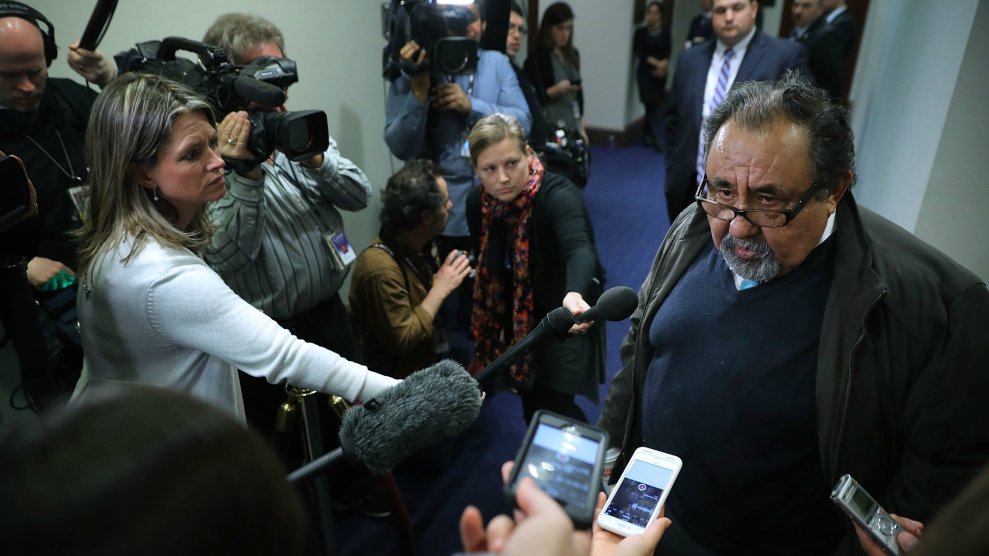 Less than a week before the midterm elections, US House Rep. Raúl Grijalva (D-Ariz.) released a report detailing how the US House Committee on Natural Resources, on which he has served for 14 years, stacked its hearings with industry interests. “Under Republican leadership,” he wrote, “hearings have disproportionally included witnesses who pad their profits by degrading public lands.”

Now that Democrats have won a majority in the House, Grijalva will have his chance, as the committee’s new chairman, to change the direction of the governing body that oversees federal lands and energy and water resources. Grijalva’s committee will also oversee and investigate the Interior Department, employing the system of checks and balances that Grijalva thinks his predecessors neglected.

Last week, High Country News spoke with Grijalva about his priorities and what his leadership could mean for climate change policies and resource management in the West. This interview has been edited for clarity and length.

High Country News: As you assume chairmanship, what do you hope to do differently than [outgoing chairman] Rep. Rob Bishop (R-Utah)?

Raúl Grijalva: We have an opportunity to take this committee and its priorities and its policies and legislative initiatives and steer it in a different direction. Under our jurisdiction, we have issues that have to be dealt with—tribal sovereignty, education, health care, historical and cultural resource preservation.

The other issue is climate change. It touches every issue that we deal with, and the fossil fuel extraction industries are making such a rush for resources in our public lands. This administration, in two years, has made every effort to suppress science and dumb down the issue of climate change. We want to elevate that again to the status it deserves in decision making.

HCN: How will you do that?

RG: We will begin to look at ways in which our jurisdiction can help mitigate the effects of climate change. We’ll do that legislatively, by holding hearings and introducing policy initiatives. My committee will revisit all of the rules that have been changed by this administration that have to do with climate change and science, the Endangered Species Act, the Wilderness Act, and responsibility over our federal waters and waterways. The list goes on and on.

HCN: How effective can you realistically be in changing the direction of the committee?

RG: The prerogatives of the current administration will limit our authority. With this administration, we have had no oversight hearings. Our request for accountability and inquiries for information have been ignored. But I’m going to re-establish a co-equal status.

I have a list of every inquiry the committee has made—many went unanswered by the Interior Department. We are going to send those inquiries again. We want answers to all of these questions. If we get the information, we proceed from there. If we are ignored again, we are in a realm where we need to use legal authority. We, as the majority, have options that we didn’t have as a minority. That includes subpoena.

HCN: How will you change the committee’s posture toward climate change and wildfire now that we’re seeing much longer fire seasons?

RG: There is no way to deny it. The planet is getting hotter, it is getting drier, and one of the things we need to do is confront the issue of these wildfires and other natural catastrophes that are happening—and confront them with the urgency that they demand. The president doesn’t think climate is the reason. That denial is embedded in Interior and this administration. We need to elevate the importance of addressing climate change.

Our response has been reactive. We have always dealt with the fire issue as a budgetary issue, and we should, but it’s more than that. The issue of climate change cannot be denied. We need to look at how we change building standards and where we decide it’s okay to build homes. In some cases, denial [of building permits] is a good thing.

HCN: How do you plan to handle the scandals and lawsuits facing Interior Secretary Ryan Zinke?

RG: There are 14 Inspector General investigations looking into Interior Secretary Ryan Zinke, and the Department of Justice is taking a look at him. (Editor’s note: So far, investigators have yet to confirm any wrongdoing.) At some point, those dogs start nipping at your heels. We’ve reached a point that Zinke needs to move on.

There’s no question that the extractive industries have had a free rein under Zinke. It’s no coincidence that Grand Staircase-Escalante National Monument was shrunk because of coal deposits. Bears Ears [National Monument] was shrunk because of nearby uranium deposits. The criteria of making decisions on how to best conserve and have a multi-use philosophy for our public lands and assets has been skewed in one direction and one direction only.

The extractive industries are protecting Zinke. He’s curried favor with them, and they are protecting him. He has a responsibility to protect the multi-use philosophy of the department. He’s failed. Resources are there not just for extraction.