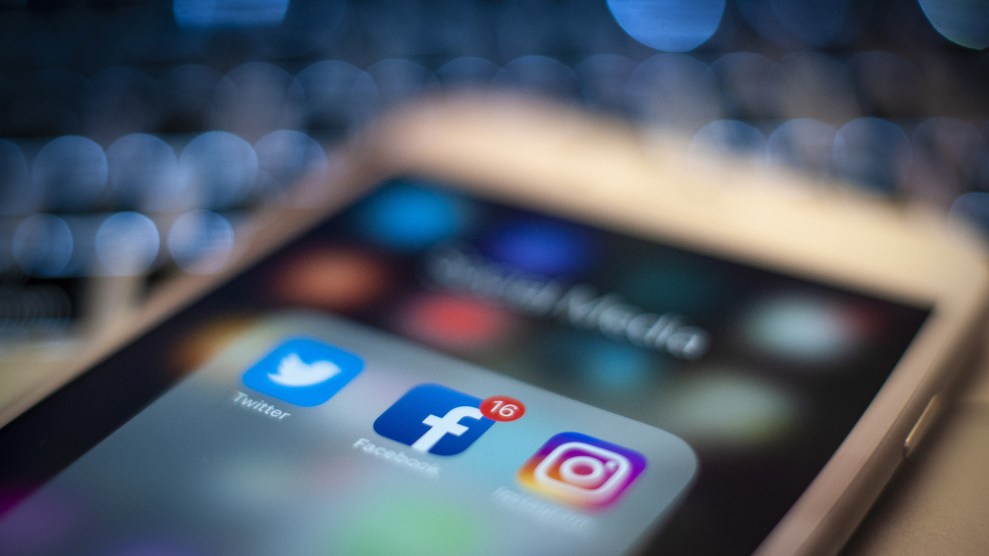 Facebook and Twitter revealed Thursday that they had removed new misinformation campaigns from their platforms tied to Iran.

Facebook said it deleted a batch of accounts for engaging in “coordinated inauthentic behavior,” removing 783 pages, groups, and accounts with ties to Iran. Twitter removed a batch that included 418 accounts from Iran, as well as Venezuela and Russia.

The company said it had identified the accounts after further investigating another set of Iranian accounts it removed last year.

Unlike many previous coordinated fake accounts identified by Facebook, which were in English, the Iranian batch posted mostly in Arabic, with fewer postings in French, Persian, and English, according to an independent analysis by the Atlantic Council, which received data on the accounts from Facebook before its public disclosure. Many of the accounts posed as local news outlets or as pages representing real-world social movements. The pages were often critical of Western countries, as well as Saudia Arabia and Israel, Iran’s rivals in the Middle East.

The accounts’ audiences were spread primarily across the Middle East and North Africa, and to a lesser extent, the United States.

Facebook’s chief of security, Nathaniel Gleicher, told reporters late on Thursday that the removals came in part as the result of coordination with Twitter, and that the two companies had shared information on suspicious accounts on both platforms before the removals.

Twitter said that 418 of the accounts it removed Thursday came from Russia and displayed behavior that “mimics the activity of prior accounts tied” to the Internet Research Agency, the Kremlin-linked troll farm, but said it could not definitively link the accounts to the group. The company noted that since August it has removed 2,617 additional accounts that it believes “may have origins in Iran,” as well as 1,196 accounts that it believed were the work of the government of Venezuela. (Many of the accounts tweeted out support of the country’s embattled president, Nicolas Maduro.)

Twitter warns of behavior that “mimics the activity of prior accounts tied” to Russian disinformation.

“Through ongoing analyses and investigations, we continue to build on our contextual understanding of these networks of accounts to improve our ability to find and suspend this activity as quickly as possible in the future,” Twitter’s director of public policy, Carlos Monje Jr., wrote in a post. “This is particularly vital as groups such as the IRA evolve their practices in response to industry-wide suspension efforts.”

Public awareness of such misinformation campaigns began to proliferate around the 2016 presidential election. After the campaign, Facebook revealed that Russian trolls had spread content organically to a vast group of followers and had spent $100,000 to purchase political ads, all in an attempt to influence American elections.