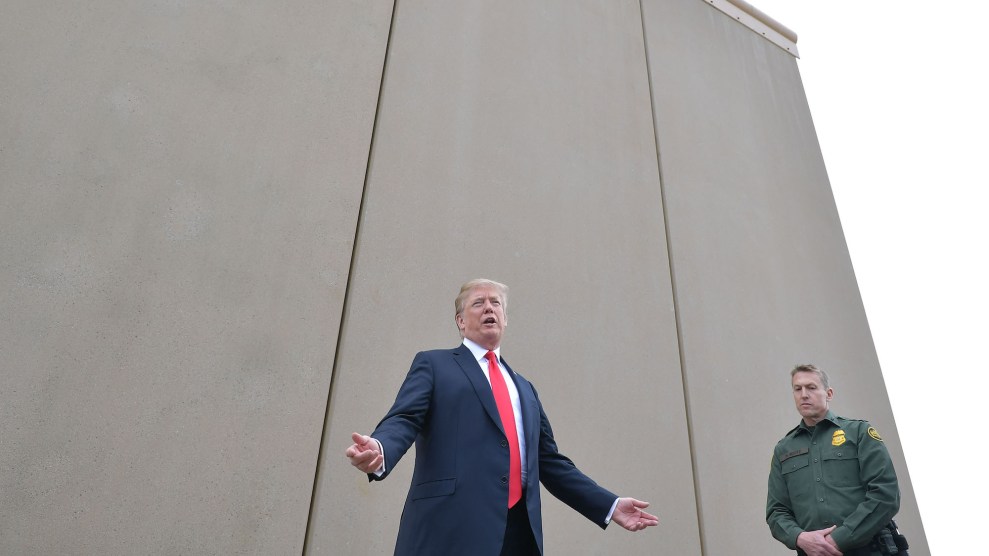 “We The People Will Build the Wall,” the effort to crowdfund President Donald Trump’s border wall, has run into a barrier.

Brian Kolfage, an Iraq War veteran with a history of peddling fake news, started the campaign in December to raise $1 billion of border wall funding through GoFundMe, the crowdfunding platform. On Friday, after raising more than $20 million from 337,000 people, Kolfage brought the campaign to a close. “The federal government won’t be able to accept our donations anytime soon,” he wrote.

“However, that did not happen,” the GoFundMe spokesman says. Because the target figure wasn’t reached, donors to the campaign will receive a refund.

But there’s a twist. Kolfage has organized a dubious new nonprofit called “We Build the Wall, Inc” that will allegedly build parts of the wall on its own. As Kolfage argues, “We are better equipped than our own government to use the donated funds to build an actual wall on the southern border.” The new nonprofit’s advisory board includes noted nativists such as former Republican Rep. Tom Tancredo and recently defeated Kansas gubernatorial candidate Kris Kobach.

Donors must proactively choose to transfer their money over to We Build the Wall, according to GoFundMe. If they don’t, they will receive a refund. Donors can ask for a refund now or be automatically refunded in April.

Potential donors to We Build the Wall may be interested in the results of a BuzzFeed investigation published on Thursday:

[Kolfage] used GoFundMe to collect $16,246 for a veteran mentorship program. The campaign closed in February 2015, and the funds went directly to Kolfage…But representatives for all three medical centers told BuzzFeed News that they have no record of any peer-mentoring programs or Kolfage working with patients at their centers.