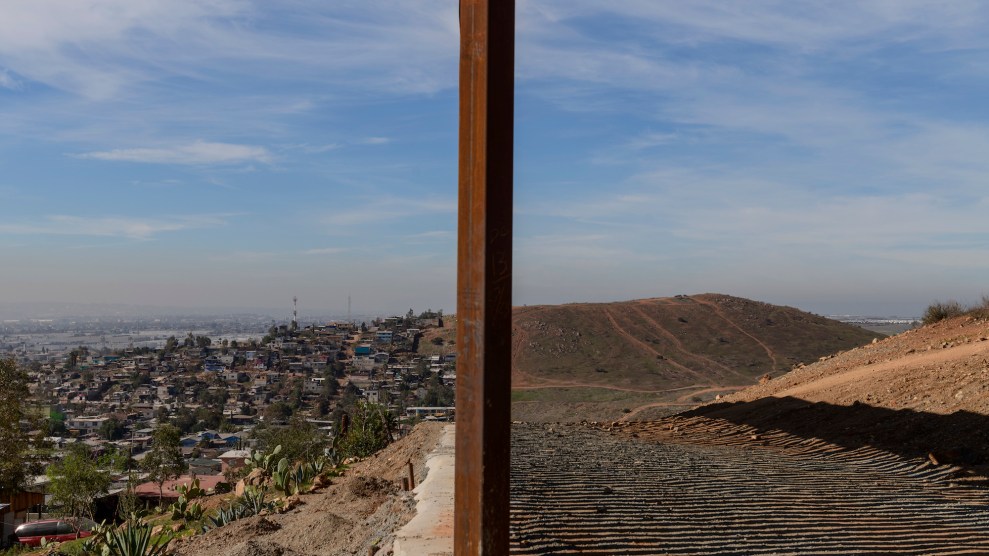 Tens of thousands of immigration cases have been canceled since the government shutdown forced most immigration judges to stop working last month, new data shows. The cancellations will force many immigrants who have spent years waiting for a hearing to go to the back of what are still yearslong lines.

An analysis of government data released Monday by the Transactional Records Access Clearinghouse, a research institute at Syracuse University, estimates that more than 40,000 cases have already been canceled because of the shutdown. The number of canceled cases will surpass 67,000 if the shutdown continues through the week. TRAC made the estimates using immigration court data obtained through public records requests.

There is a backlog of more than 800,000 cases in immigration court, and immigrants wait nearly two years on average to appear before a judge, according to TRAC. Some immigration judges’ dockets are booked through 2022.

The Trump administration has repeatedly argued that the immigration court backlog leads people to lodge weak asylum claims so they can live and work in the United States while they’re waiting for their cases to be heard. (Asylum-seekers can receive a work permit after six months in the country.) Now, President Donald Trump is further crippling immigration courts in his stand to get $5 billion for a border wall that will do little or nothing to stop the families and children seeking asylum who are driving the recent increase in the number of people arriving at the US-Mexico border. Those families are typically scheduled for hearings in the immigration courts that Trump’s shutdown is undermining.

About three-quarters of immigration judges can’t work because of the shutdown, according to Ashley Tabaddor, president of the National Association of Immigration Judges. The remaining judges are allowed to continue working on the cases of migrants who are in immigration detention, which are treated as higher priorities.

The cancellations will force many immigrants who have spent years waiting for a hearing to go to the back of what are still yearslong lines.

Immigrants whose hearings are being canceled because of the shutdown will generally go to the back of the line. Tabaddor says judges will have some flexibility to move up particularly urgent cases, but that won’t be easy. “It’s not like everything else on my docket just gets pushed back two weeks,” she says. “Imagine that I gave you 200 cases and you look at your calendar and every day on your calendar is booked until 2022. You can’t just magically move those cases, because that’s a logistical nightmare.”

For many immigrants, the cancellations are far more than a bureaucratic inconvenience. Asylum-seekers who win their cases are able to bring family members—some of whom may be in danger in their home countries—to the United States. The shutdown could force them to spend more years apart. Other immigrants can avoid deportation only by showing that it would cause extreme hardship to a spouse, parent, or child with legal status. If that child turns 21 or that parent dies during the wait for a hearing, an immigrant is no longer eligible for relief.

On the flip side, immigrants who are unlikely to win their cases could temporarily benefit from having their cases pushed back, giving them a yearslong reprieve from deportation.

The Trump administration has ostensibly tried to cut the backlog, which has continued to grow since Trump took office. The administration has hired roughly 145 of the nation’s 400 immigration judges, but Tabaddor says funding for support staff and courtrooms has not kept pace with that hiring. It has also undermined efforts to cut the backlog by giving judges far less discretion to close cases.

Just before the shutdown, immigration judges learned that courtroom interpreters in many cases would be replaced by interpreters working over the phone due to a lack of funding. Tabaddor says a preliminary hearing that used to take her a few minutes could now take a half-hour as a result. “The interpreter is likely at home, oftentimes with some dog barking in the back or a child crying,” she says, adding, “It’s absolutely asinine to imagine that they would hire this many judges without contemplating that they would need to increase similarly…the number of support staff.”

Tabaddor believes the mounting problems in immigration courts stem from the fact that the judges she represents are part of the Justice Department. Unlike federal courts, immigration judges cannot make their own funding requests to Congress or set fees to cover costs. “Everything keeps coming back to the fact that structurally there’s a defect: We shouldn’t be in a law enforcement agency,” she says. “We should have been separated long ago.”