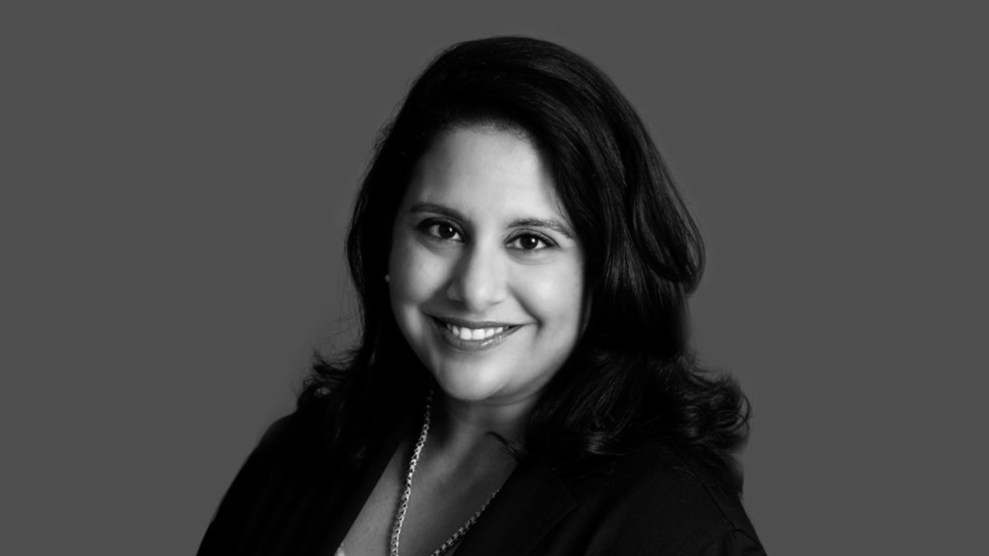 Neomi Rao, nominee to the Court of Appeals for the DC Circuit.Antonin Scalia Law School

On Tuesday, Neomi Rao, President Trump’s nominee to replace Brett Kavanaugh on the DC Circuit court of appeals, told the Senate Judiciary Committee that articles she had written opposing bans on dwarf-tossing were “abstract discussions of dignity” and not necessarily a reflection of her personal views on the issue.

Especially popular in Florida bars, dwarf-tossing is the strange spectacle in which competitors throw Velcro-clad little people at a wall or mattress like a shotput. The longest toss wins. Some American states have banned the practice, as have parts of France, where a judge upheld such bans because of “considerations of human dignity.”

During the hearing, Senator Mazie Hirono (D-Hawaii) asked Rao, a former professor at the Antonin Scalia Law School, about a number of scholarly articles she has written on a practice that many little people consider a hate crime. Rao had described bans on dwarf tossing as “dignity as coercion,” and Hirono pressed the nominee on the articles, suggesting that the work did in fact read as though “you are OK with dwarf tossing.” Rao insisted that she was simply responding to current events. “I wrote about a particular case in France that used different conceptions of dignity,” she told Hirono. “There was an individual, Mr. Wackenheim, who made his living doing this, and he said the ban affected his dignitary interests. I don’t take a position one way or another on these issues.”

Neomi Rao has no experience litigating in federal court, but she’s been nominated to the DC Circuit – the second most important court in the country. Watch live as I question Rao on her long record of controversial and extreme views. https://t.co/SVAbzHvxzg

As Mother Jones reported in November when her nomination was first announced, Rao wrote in one article that the French ban on dwarf tossing “demonstrates how concepts of dignity can be used to coerce individuals by forcing upon them a particular understanding of dignity.” In effect, Rao argued, little people have the right to be tossed if they want to. Rebecca Cokley, the director of the disability justice initiative at the liberal Center for American Progress, is a little person and mother of two little people. She wasn’t thrilled with Rao’s response to Hirono’s queries. “She didn’t really answer the question,” Cokley said. “I think we still continue to not have an answer as to whether she believes the right of a little person to be tossed is an issue of liberty.”

“I think we still continue to not have an answer as to whether she believes the right of a little person to be tossed is an issue of liberty.”

She was, however, “thrilled” to see Hirono ask question about dwarf tossing. “It’s a huge deal for an issue that often gets made fun of and mocked,” she told Mother Jones. “I think it’s critically important for the disability community as a whole to see this issue treated with dignity and the level of seriousness it demands.”

Last year, the advocacy group, Little People of America, had written a letter to the chairmen of the Senate Judiciary Committee, asking the committee to block Rao’s nomination “because of this offensive view that she espouses.” The group goes on to explain:

We vehemently disagree with Ms. Rao’s view that banning dwarf tossing negates individual’s dignity. A ban on dwarf tossing event significantly reduces the risk of inevitable bodily harm to the person being tossed. We strongly support our community in having individual choice in every aspect of their lives and we advocate for equal employment opportunities so that our community need not be constrained to earning a living by being the recipient of a dehumanizing and injurious activity.

In the letter, they cite the case of Martin Henderson, a dwarf who was tossed against his will by a drunken rugby fan in a bar in England and suffered a spinal cord injury in 2011. He died in 2016. Little People of America told the Judiciary Committee, “LPA worries that a public figure with judicial authority like Ms. Rao, who condones dwarf tossing, could influence the perpetuation of negative cultural stereotypes and hold the potential to permit serious bodily injury to members of the dwarfism community.”

The group wasn’t reassured by Rao’s elaboration at the confirmation hearing Tuesday. Mark Povinelli, president of LPA, told Mother Jones, “It is disappointing that when given the opportunity to clarify her position on a dehumanizing and dangerous activity such as dwarf-tossing, Ms. Rao chose to deflect the question. It is our belief that dwarf-tossing, much like prostitution and cock-fighting, should be banned if for no other reason than it devalues human dignity. Considering, in her testimony, she uses human dignity as the arbiter of that argument, it should have been easy for her to denounce the practice.”