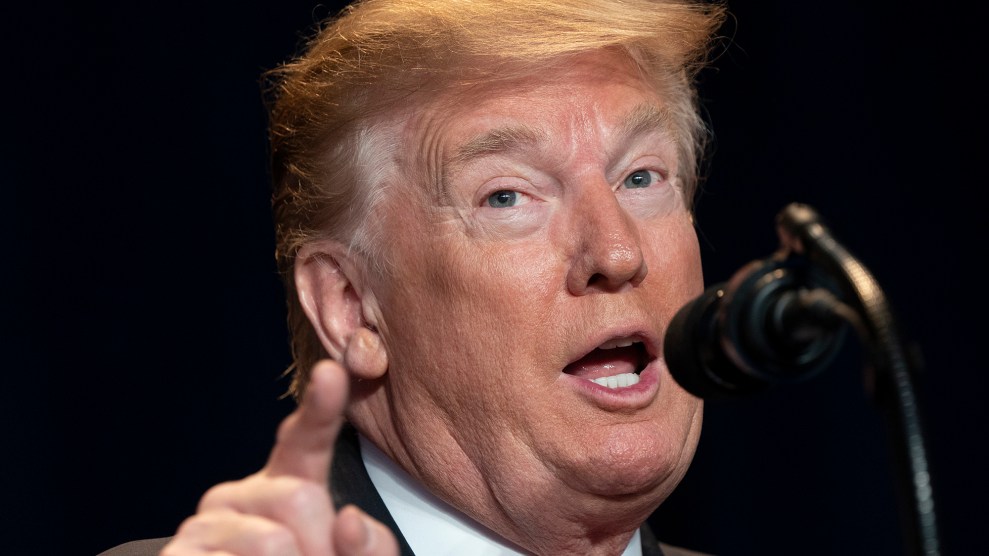 Hours after Elizabeth Warren officially announced her presidential bid on Saturday, President Donald Trump took to Twitter to antagonize the Massachusetts senator. As he has in the past, the president referred to her as “Pocahontas,” mocking her claims of Native American ancestry.

But this tweet seemed to take his hostility to an entire new level: “See you on the campaign TRAIL, Liz!” he added, a potential reference to the Trail of Tears, the forced relocation of Native Americans from their ancestral lands in the 1800s that led to the deaths of thousands of people.

Today Elizabeth Warren, sometimes referred to by me as Pocahontas, joined the race for President. Will she run as our first Native American presidential candidate, or has she decided that after 32 years, this is not playing so well anymore? See you on the campaign TRAIL, Liz!

Trump is known for being a fan of President Andrew Jackson, who supported the removal of Native Americans from their home. Trump has repeatedly referred to the late president on Twitter and put a portrait of him in the Oval Office. He also traveled to Jackson’s tomb in Tennessee after being sworn in.

The Washington Post reported this week that in 1986, Warren listed her race as “American Indian” on a Texas bar registration card, continuing the controversy Warren has struggled to overcome for months. She revealed last October that she had taken a DNA test showing that she was between 1/64 and 1/1024 Native American. Last week, she apologized to Cherokee Nation leaders for “not having been more sensitive about tribal citizenship.”

Update: Donald Trump Jr. certainly seems to agree with the worst possible reading of his father’s tweet. On Saturday night he posted the following on Instagram: