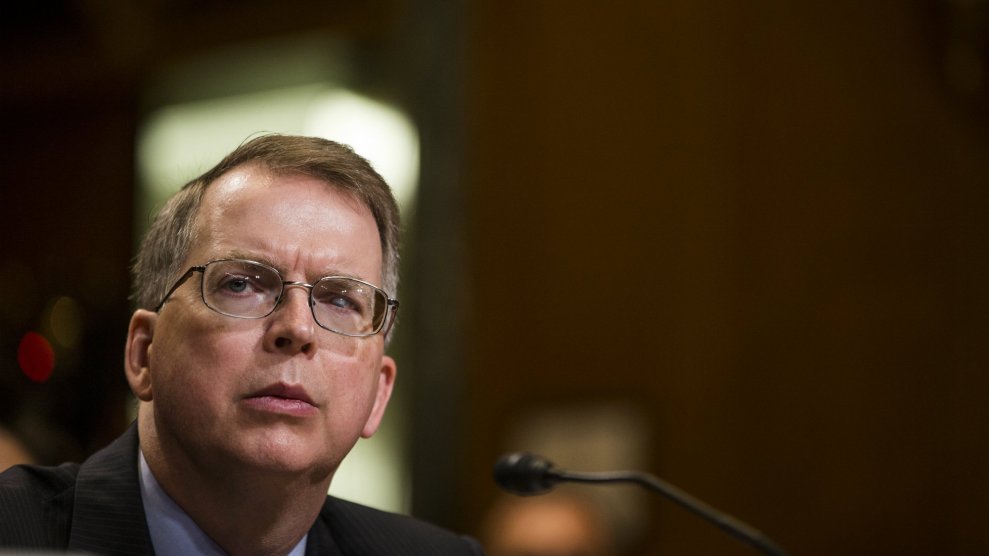 The Pentagon’s latest budget request contains all the usual line items one might expect from a fighting force that is reorienting and modernizing to compete with China and Russia: more submarines, a hefty down payment on President Donald Trump’s beloved Space Force initiative, and research directed toward artificial intelligence and cyberwarfare.

But the $750 billion national security budget, which includes $718 billion specifically for the Defense Department, also doubles down substantially on what is known as “overseas contingency operations” (OCO), a quirky funding tool lawmakers from both parties have long despised, seeing it as a usurpation of the power of Congress in determining budgets. In the past the OCO has mainly included the Pentagon’s war-fighting expenses, which are not limited by budget caps. Created during the Cold War, OCO has become popular in recent years as a convenient place to stash funding that exceeds the budget restrictions instituted by Congress in 2011. (The caps were instituted in response to a vast increase in federal spending during the aftermath of the Great Recession.)

The Pentagon is open about the fact that this account is set up this way to avoid being limited by budget caps. The department acknowledged as much directly in a press release unveiling the budget request for fiscal year 2020 when it emphasized that OCO would include nearly $98 billion in funding that has nothing to do with war-making. These line items were moved from the Pentagon’s base budget into OCO “due to limits on base budget defense resources under the budget caps in current law.”

“It’s become the piggy bank for the Defense Department.”

Presidents from both parties have taken advantage of OCO in order to skirt budget caps. President Barack Obama promised to curb the “abuse of supplemental budgets” but proceeded to use OCO in earnest once the 2011 budget caps went into effect. Between 2006 and 2018, Congress has appropriated, on average, more than $50 billion in such funding per year “toward the costs of enduring activities rather than the temporary costs of overseas operations,” the Congressional Budget Office concluded in a briefing last week.

But during the Trump administration, its use far has exceeded historical norms. Last year, the Pentagon requested $69 billion in OCO funding on top of their base budget of $616 billion and projected it would need only $20 billion from OCO in this year’s budget cycle. Because the 2011 caps restrict the Pentagon this year to a $545 billion base budget, officials requested roughly $165 billion in uncapped OCO funding, a 140 percent increase from the prior year and a 725 percent difference from the Pentagon’s earlier projection.

This arrangement drew a sharp rebuke from Sen. Elizabeth Warren (D-Mass.), a member of the Senate Armed Services panel, during a hearing Thursday with senior Pentagon officials about the budget. “I think it’s time to stop this business of more more more for the military,” she said.

In breaking down the request, roughly 41 percent of the 2020 OCO funding accounts for war-making activities, such as the ongoing fight against the Islamic State in Syria and Iraq. (Despite Trump’s assurance in December that ISIS had been defeated in Syria, his Department of Defense still requested $300 million to fight militants there.) But most OCO money, more than $97 billion, goes toward projects that would otherwise be counted in the Pentagon’s base budget  were it not for budget caps—things like “munitions, base operations support, weapons systems sustainment, and maintenance, and other readiness efforts,” Elaine McCusker, the Pentagon’s deputy comptroller, told reporters yesterday at a press conference.

During McCusker’s press conference on Tuesday, reporter Luis Martinez of ABC News made a similar point. It’s worth checking out their exchange in full:

Martinez: How do you counter the idea that this—pushing this $97 billion into OCO isn’t really just a shell game, and goes against the spirit of the [Budget Control Act of 2011]?

McCusker: I mean, again, from our perspective, we built a budget that is required to carry out the National Defense Strategy. The decision on how to best finance that budget was made by OMB, and something that we—we follow their direction on.

Martinez: But, still, it is law that, you know, you have these budget caps and yet you are making a conscious decision, here, to shift money into an account that doesn’t—really, you’re—I’m looking, here, for the definition of what you’re calling a base. And I don’t really find a good definition there that would count towards what traditionally has counted under OCO.

McCusker: Well, we’re submitting our base budget at the Budget Control Act level, so compliance with the law is what we’re actually doing. And the accounts that we have in OCO are accounts that have been funded in full or in part in OCO in the past.

Put simply: what counts under OCO is whatever the Pentagon decides to include.

The open-ended nature of the account obviously benefits Trump administration officials, who have argued that they must skirt budget caps in order to remain competitive with Russia and China, but there’s a risk inherent to the strategy too. Conservative think tanks like the Heritage Foundation have been at the forefront of this argument. Fred Bartels, a defense budget analyst there, told the Washington Examiner on Wednesday that an “oversized OCO request” ultimately “takes a short-sighted view” of what the military needs to rebuild over time.

“The process of rebuilding the military and preparing it for great power competition requires a long-term commitment. It is not a process that will be done in one year, or even the next several. Our budgets must reflect that.”

“The process of rebuilding the military and preparing it for great power competition requires a long-term commitment,” he said. “It is not a process that will be done in one year, or even the next several. Our budgets must reflect that.”

Even Mick Mulvaney, Trump’s acting chief of staff, ripped OCO as a “slush fund” when he was a congressman. After he was nominated to lead the Office of Management and Budget, Mulvaney vowed to eliminate the category altogether, telling lawmakers, “I will advocate for an end to OCO, and to moving true war-related costs into the base defense numbers, while at the same time recognizing that [Trump] may ultimately settle on a different policy.”

Warren raised the criticism at Thursday’s hearing, but acting Defense Secretary Pat Shanahan sharply denied it. “There is no slush fund,” he said.

Trump’s request is a departure from the norm by including defense expenses in OCO normally reserved for the Pentagon’s base budget, but there’s a political element to his strategy too. As a senior administration official explained to reporters this week on a conference call, Trump has apparently had enough of cutting deals with Democrats to boost discretionary domestic spending in tandem with defense.

“We are signaling in this budget that the paradigm of a dollar of non-defense increase for every dollar of defense is no longer, and hasn’t been for some time, affordable for the country,” the official said. Instead, Trump plans to skirt the caps before they expire in two years.

Getting a divided Congress to adopt that strategy will be a tough ask. Rep. Nita Lowey (D-N.Y.), chair of the House Appropriations panel, made her dissatisfaction eminently clear in a statement to the Washington Post, where she said Trump’s tactic “should outrage everyone who claims to care about fiscal responsibility.”

“In order for us to complete an orderly and responsible fiscal year 2020 appropriations process, Congress and the President must quickly agree on a framework that raises caps for defense and non-defense investments alike,” Lowey added. “By raising the spending caps with parity, we can invest in the American people, grow our economy, create jobs, and protect our nation.”