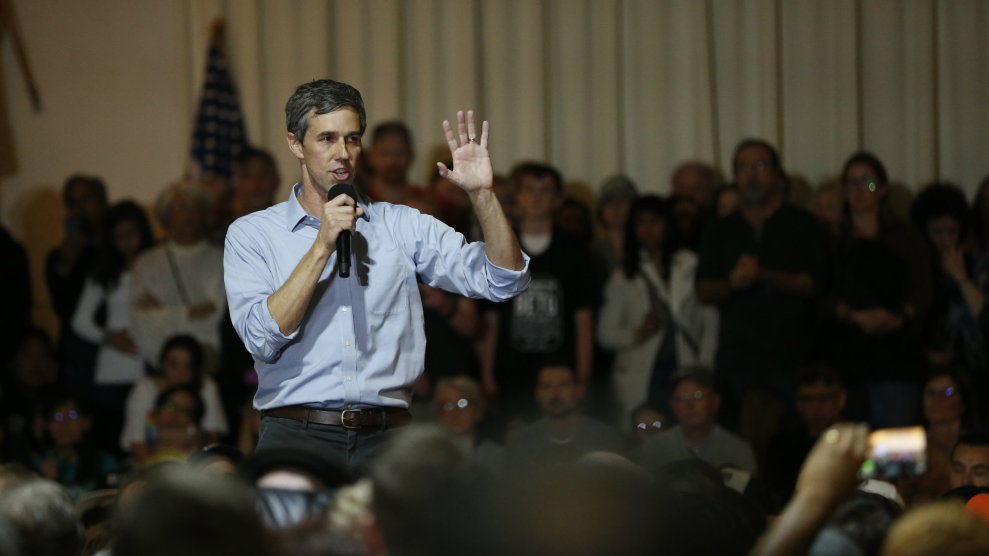 Presidential candidate Beto O’Rourke defended his ambitious proposal to tackle climate change on Monday amid criticism that the $5 trillion plan is overly vague and that his past action to address the growing crisis hadn’t gone far enough.

Speaking with MSNBC‘s Chris Hayes, O’Rourke spoke about the plan he unveiled earlier that day at Yosemite National Park in California. The pitch calls for sweeping new federal policies that would see net-zero emissions by 2050, the re-signing of the Paris Agreement and $5 trillion in spending over 10 years that would go toward investments in clean energy and extreme weather preparation.

“It’s hard to argue that there’s anything more important facing this country, this generation today,” O’Rourke told Hayes on Monday. “This is not caused by God, this is not an act of Mother Nature, this is due to our own emissions, our own excesses and our own inaction in the face of that.”

.@BetoORourke on why he chose climate change as his first major policy agenda #inners pic.twitter.com/XiMKBLETko

Though the proposal is diametrically opposed to the policies of President Donald Trump, it drew some immediate criticism from fellow Democrats.

The 2020 presidential campaign of Washington Gov. Jay Inslee lambasted O’Rourke’s proposal in a statement shortly after it was announced. Inslee is one of 20 Democrats running to unseat Trump but is the only one who has launched a campaign focused solely on climate change.

“Voters have a right to look closely at Democratic candidates’ plans to separate rhetoric from results on climate change,” Inslee’s campaign manager, Aisling Kerins, said in a statement. “We will not defeat climate change with empty rhetoric, borrowed rhetoric, or by taking fossil fuel money. Beto O’Rourke will need to answer why he did not lead on climate change in Congress and why he voted on the side of oil companies to open up offshore drilling.”

The message leveled a direct criticism at Beto’s failed 2018 bid to oust Sen. Ted Cruz (R-Texas), during which he received around $430,000 in donations from employees of the oil and gas industry, according to The New York Times.

Hayes asked O’Rourke several times how he hoped to appeal to voters in his home state of Texas, a major energy producer, and if his policies would mandate phasing out of oil and gas production. O’Rourke sidestepped the questions but said he had no intention of ignoring Republican voters in his quest to address climate change.

“Those who work in the oil and gas industry, those who work in the fossil fuel industry [need to be] brought along as partners to make sure that we make this transition…to make the kind of bold change that we need,” O’Rourke said. He later noted that Democrats had largely ignored rural Republican voters.

“We cannot afford to alienate a significant part of this country. We cannot do this by half measure, or only by half of us,” he said. “We all have a shared interest in a cleaner future in this country.”