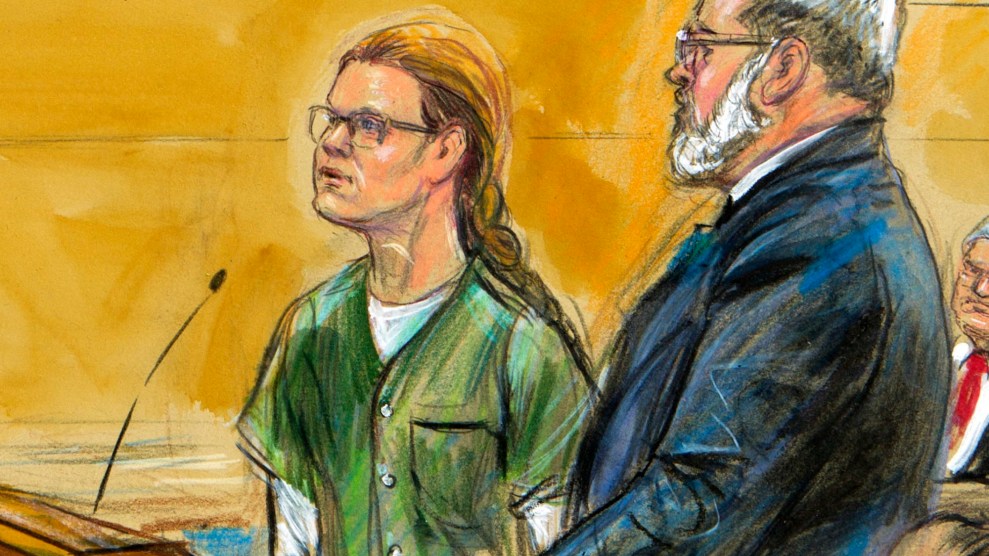 Maria Butina during a court hearing at the US District Court in Washington, DC, on December 13, 2018Dana Verkouteren/AP

Maria Butina, who pleaded guilty in December to acting as an unregistered Russian agent after cultivating ties with the National Rifle Association and top Republicans, was sentenced to 18 months in prison by a federal judge on Friday.

“Never did I wish to hurt anyone.”

Butina, who ran a gun rights group in Russia before coming to the United States as an American University graduate student, developed relationships with top NRA officials, making her case an acute embarrassment for the gun group. President Trump, who in 2015 fielded a question from Butina about US sanctions on Russia at a campaign event, is attending the group’s annual convention in Indianapolis on Friday. He is not expected to mention Butina.

In a sentencing memo filed earlier this week, federal prosecutors said that Butina, 30, “while not a spy in the traditional sense of trying to gain access to classified information to send back to her home country,” had acted covertly to help Russia gain influence over powerful Republicans.

The Justice Department’s filing included a submission from a former top FBI counterintelligence expert, Robert Anderson, who suggested that Butina aimed to help Russian intelligence identify Americans vulnerable to espionage efforts. She had “tremendous intelligence value” for the Russian government and the potential to bring “harm to the integrity of the United States’ political processes and internal government dealings, as well as to US foreign policy interests and national security,” Anderson said.

Butina offered an emotional plea for leniency to US District Court Judge Tanya Chutkan on Friday. “God has carried me through this uneasy but deserved experience,” she said. “It is my penance. And now I beg for mercy, for the chance to go home and restart my life.” Butina explained her actions by saying she had “wanted a future career in international policy,” and “wished to mend relations while improving my own resume, so I sought to build bridges between my motherland and the country I grew to love.”

“Never did I wish to hurt anyone,” she said.

Due to nine months of credit for time already served since her arrest last summer, Butina is set to be released in nine months. Following her sentence, Butina is expected to be deported to Russia.

“You have a future ahead of you,” Chutkan told her. “I wish you the best luck.”