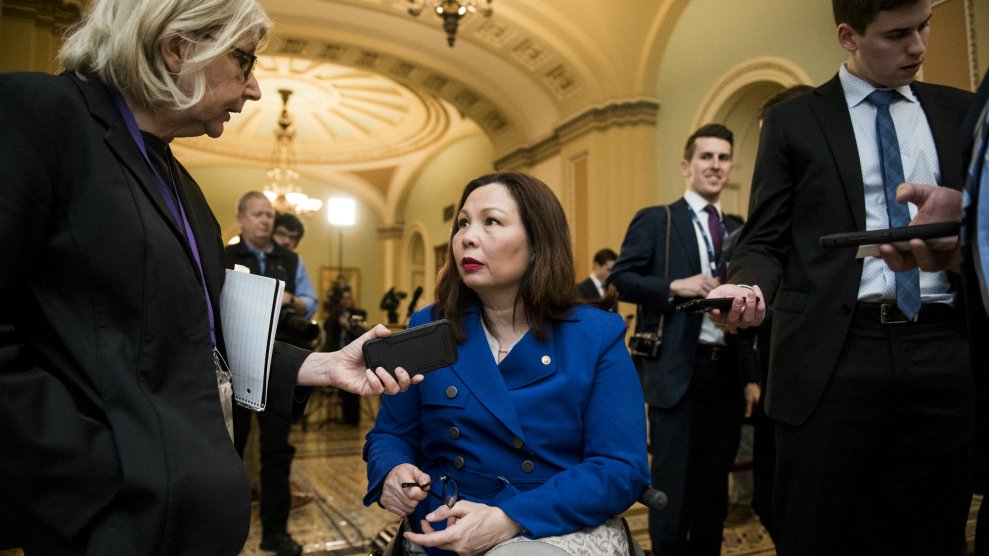 In December, Sen. Tammy Duckworth (D-Ill.) caught a flight back to Washington after surveying tornado damage in her home state only to discover that, for at least the third time in three years, the wheelchair she relies on had been broken while it was stowed in the plane’s hold during transit. The damage was relatively minor, but it still made the chair difficult to use. This is a common problem for people with disabilities, many of whom complain that their motorized wheelchairs and scooters are damaged in transit. But until recently, when Duckworth pushed through a rule forcing airlines to track and publicize when they break or damage assistive devices, how often this occurs has been unknown. Because of this rule, which recently took effect, the incident involving Duckworth’s wheelchair was disclosed last week when the first round of data was released by the Department of Transportation.

While an airline mishandling or losing luggage is a hassle for passengers, damage to a wheelchair can ruin a trip, leaving someone without any mobility for days during a vacation or business trip. For some passengers with disabilities, being without their custom-built wheelchairs can lead to serious health issues. Disability advocacy groups say their members, almost without exception, have horror stories of being stranded when their wheelchairs went missing or turned up broken after a flight—and they have long pushed for a system to track these incidents.

Airline lobbyists had fiercely opposed efforts to impose such a tracking measure, arguing it would be expensive and burdensome, and that the numbers would be of little use to the public. But in the waning days of the Obama administration, the Department of Transportation approved a rule mandating that airlines track and report motorized wheelchair and scooter mishandling. The decision was seen as a landmark victory for disability rights—but the victory was short-lived. Within weeks of Donald Trump taking office, the Department of Transportation suddenly reversed itself, putting the rule’s implementation on ice for at least another year—a decision prompted apparently by a handful of emails from industry lobbyists, who complained of hardships in tracking the data. It seemed possible that the hard-fought rule would suffer a quiet bureaucratic death.

But last fall, Duckworth, an Army veteran who lost both legs in 2004 after the Blackhawk helicopter she was co-piloting was hit by a rocket-propelled grenade in Iraq, helped to rescue the rule by leading an effort to insert the regulation in a must-pass Federal Aviation Administration reauthorization bill. The rule took effect in December, and last week the Department of Transportation released data covering December and January. As disability rights advocates predicted, the numbers weren’t pretty. In December, the 12 largest airlines damaged or lost more than 25 motorized wheelchairs and scooters a day—including Duckworth’s. In January, which includes data from 17 airlines, they averaged just short of 22 motorized wheelchairs a day. Overall, the airlines mishandled 1,382 motorized wheelchairs in two months—more than 2 percent of the 65,000 motorized wheelchairs and scooters they transported.

Shaun Castle, deputy executive director of Paralyzed Veterans of America, said confirmation that hundreds of wheelchairs are being broken on a regular basis is revelatory, as is data on which airlines are the worst offenders. “If an airline was breaking people’s legs on a regular basis, which is equivalent to you breaking my wheelchair, the consumers would want to know that, so for us, this is a very big deal,” he says. “This is a game changer for us, to finally have concrete data. It gives us the ability to go back to the airlines and say, ‘Now we know for a fact, and explain to us why this is happening, explain your training techniques, explain how this all works and why it continues to happen.'”

According to the DOT’s new data, Delta Airlines and its subsidiaries had the best record over December and January, reporting the mishandling of 199 wheelchairs out of the more than 22,000 (or .9 percent) they transported. The worst numbers belonged to American Airlines and its subsidiary Envoy Airlines. American reported mishandling 7.2 percent of the wheelchairs it handled in December and 5.7 percent in January, the same month that Envoy mishandled roughly one in nine wheelchairs.

“We’ve taken a number of steps to meet the new reporting requirements and continue to improve our processes to ensure our team members have the tools they need to properly handle and track wheelchairs and assistive devices,” Shannon Gilson, a spokeswoman for American, said in an email to Mother Jones.

Gilson also said that both American and Envoy are still working to develop their tracking system and that might have affected their numbers.