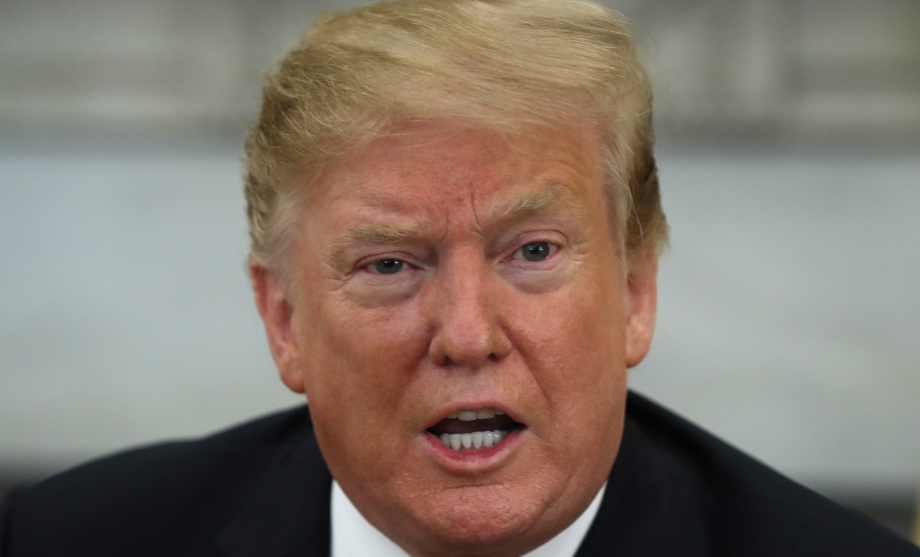 President Donald Trump on Tuesday fired off a string of furious tweets aimed at his perceived enemies in the media, including MSNBC’s Joe Scarborough, the New York Times, CNN, and Twitter itself.

In attacking the Times, the president once again repeated his false claim that the paper had previously apologized for its past reporting of him and this time demanded that the paper’s editors “get down on their knees and beg for forgiveness.”

I wonder if the New York Times will apologize to me a second time, as they did after the 2016 Election. But this one will have to be a far bigger & better apology. On this one they will have to get down on their knees & beg for forgiveness-they are truly the Enemy of the People!

The Radical Left Democrats, together with their leaders in the Fake News Media, have gone totally insane! I guess that means that the Republican agenda is working. Stay tuned for more!

Trump briefly interrupted the attacks to lavish praise on Fox & Friends, declaring it “by far the best” of the morning political shows.

Sorry to say but @foxandfriends is by far the best of the morning political shows on television. It rightfully has BY FAR the highest ratings, not even close. Morning Psycho (Joe), who helped get me elected in 2016 by having me on (free) all the time, has nosedived, too Angry…

….Dumb and Sick. A really bad show with low ratings – and will only get worse. CNN has been a proven and long term ratings and beyond disaster. In fact, it rewarded Chris Cuomo with a now unsuccessful prime time slot, despite his massive failure in the morning. Only on CNN!

Trump then alleged, without evidence, that Twitter was biased against him because he was a Republican.

“The best thing ever to happen to Twitter is Donald Trump.” @MariaBartiromo So true, but they don’t treat me well as a Republican. Very discriminatory, hard for people to sign on. Constantly taking people off list. Big complaints from many people. Different names-over 100 M…..

Together, the morning tweets demonstrated a president enraged by what he believes has been unfair coverage that regularly fails to sufficiently credit him for his achievements. They came just days after the highly damaging release of a redacted version of the Mueller report.

The attacks on Tuesday, which appeared somewhat chaotic and disjointed, were largely met with derision on social media, with many noting how Trump’s newest tweets undermine his own claims that he is not an avid television viewer.

The Times responded directly to the president’s attack with the same statement it issued in February when Trump referred to the paper as the “enemy of the people.”

“The phrase “enemy of the people” is not just false, it’s dangerous. It has an ugly history of being wielded by dictators and tyrants who sought to control public information.“ – NYT publisher’s response from Feb. to the president’s attacks on media. https://t.co/l7ZM3cGkpu

As for Scarborough, the MSNBC host responded to the new nickname given to him by the president—”Morning Psycho”—with the following banner: