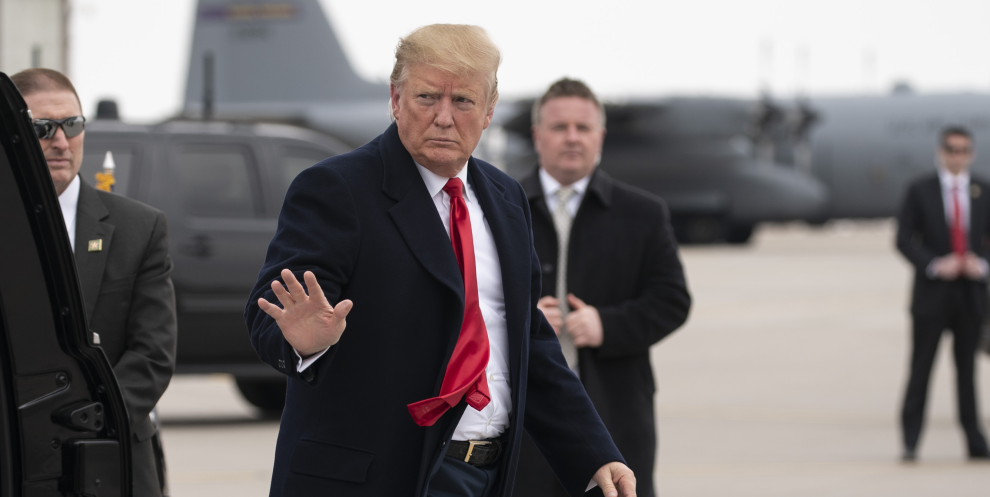 President Donald Trump, appearing either unaware or unworried about Democratic concerns that the Justice Department is working on behalf of the president, encouraged Americans on Thursday to tune into conservative broadcasts of Attorney General William Barr’s morning press conference detailing the conclusions of the special counsel’s Russia investigation.

The tweet, which followed claims of “presidential harassment” and “greatest political hoax,” is likely to fuel outrage on the left, after Barr announced late Wednesday that he intended to hold the news conference before members of Congress or the public had a chance to review a redacted version of the highly anticipated report. The decision has prompted accusations that Barr is working to spin the report in favor of the president, along with calls from top Democrats for special counsel Robert Mueller to publicly testify.

“We believe the only way to begin restoring public trust in the handling of the Special Counsel’s investigation is for Special Counsel Robert Mueller himself to provide public testimony in the House and Senate as soon as possible,” House Speaker Nancy Pelosi and Senate Minority Leader Chuck Schumer said in a statement. “The American people deserve to hear the truth.”

“Attorney General Barr is not allowing the facts of the Mueller report to speak for themselves but is trying to bake in the narrative about the report to the benefit of the White House,” House Judiciary Committee Chairman Jerrold Nadler said on Wednesday.

Trump’s suggestion to watch Barr’s remarks was followed up shortly with a video montage of himself asserting no wrongdoing in the special counsel’s investigation.