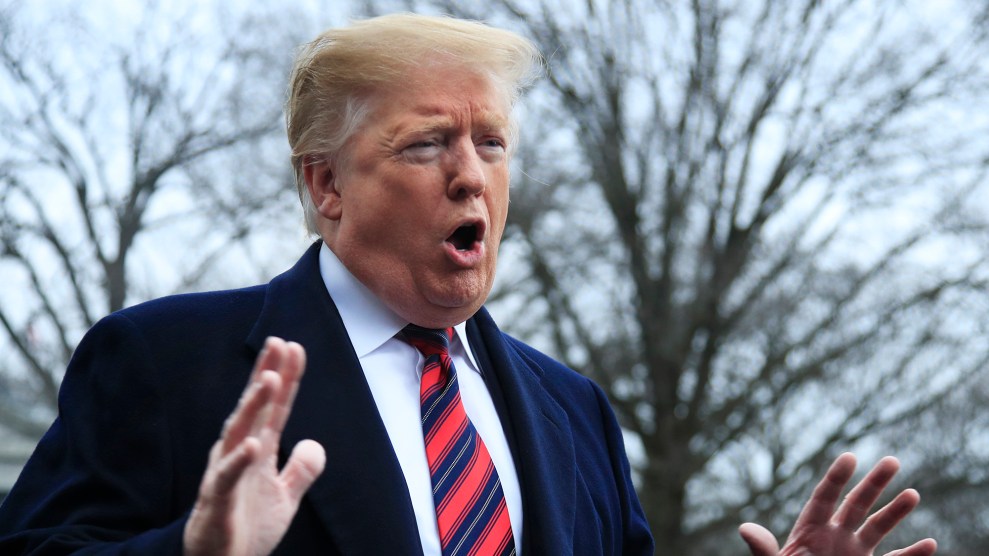 President Donald Trump could be booted from the 2020 primary ballot in California if he doesn’t release his tax returns. On Thursday, the state Senate voted 27-10 in favor of a bill that would require presidential candidates to release five years of income tax returns in order to appear on the primary ballot on March 3, 2020, according to the Associated Press. Trump, who broke 40 years of tradition by not releasing his tax returns in 2016, would not appear on the ballot unless he submitted his records to the California secretary of state.

“We believe that President Trump, if he truly doesn’t have anything to hide, should step up and release his tax returns,” said Sen. Mike McGuire, who co-authored the bill with Sen. Scott Wiener.

Former Democratic Gov. Jerry Brown vetoed a similar bill in 2017, calling it unconstitutional. All 10 Republican state senators voted against the bill this week, also citing unconstitutionality. Gavin Newsom, the current Democratic governor of California who took office earlier this year, has not said whether he would veto the bill should it reach his desk. But Newsom has pledged to release his own tax returns each year he’s in office, and during the 2016 campaign he criticized Trump’s decision to withhold his tax records.

Similar bills have been introduced in Illinois, Washington, and New Jersey. California’s bill will now move to the California State Assembly, which is controlled by Democrats.