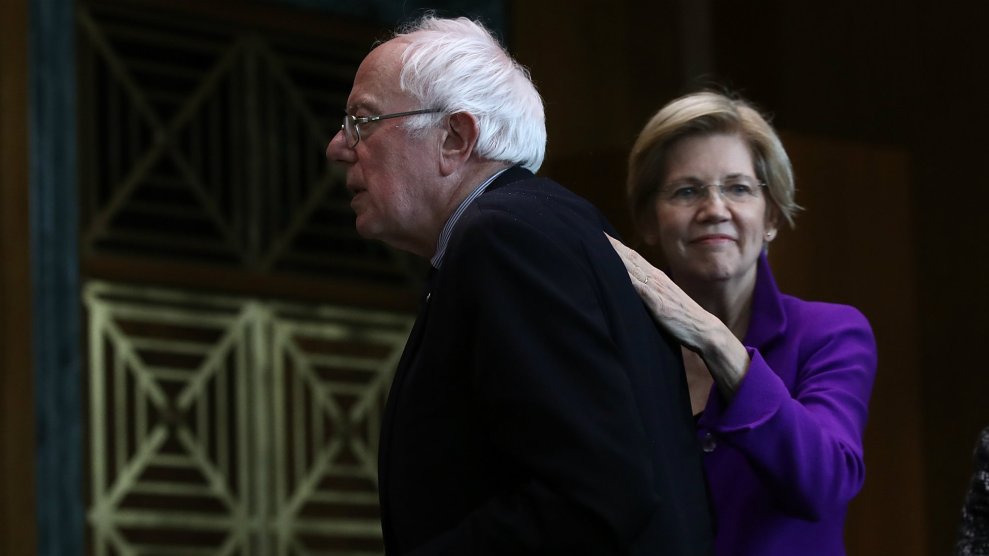 With all the news of Russian election interference, a Green New Deal, and several statewide attempts to restrict abortion access, it’s no surprise that foreign policy has been far from the minds of the roughly two dozen candidates seeking the Democratic presidential nomination. Then the last two weeks happened.

The threat of war with Iran. A failed coup in Venezuela. The seemingly endless questions about North Korea’s missile testing. As remote as foreign policy issues generally appeared this early into primary season, Democratic presidential hopefuls may no longer have the luxury of avoiding them, despite foreign policy perpetually ranking low on the list of voter priorities. “Many of the threats now facing the country were caused—or at least intensified—by Washington itself,” writes Jonathan Tepperman, editor-in-chief of Foreign Policy magazine. “What Washington did, it can, in many cases, also undo—or at least work to remedy. But only if its leaders, and the country as a whole, start facing up to the issues.” That process begins with the candidates discussing foreign policy, and Trump just compelled them with his recent actions, most recently a Sunday morning tweet:

If Iran wants to fight, that will be the official end of Iran. Never threaten the United States again!

Last week, national security adviser John Bolton announced the early deployment of an aircraft carrier team to the Middle East, complete with several B-52 bombers, in response to intelligence suggesting Iranian plans to attack American military assets. More concerning to American allies, experts, and Congress was the red line that Bolton appeared to draw in his statement, which said the United States would respond to “any attack, whether by proxy, the Islamic Revolutionary Guard Corps, or regular Iranian forces.” Bombastic threats and boasts have been a regular feature of the United States’ relationship with Iran for decades, but the more explicit nature of Bolton’s warning—after a career cheerleading for conflict with Iran and defending the much-maligned invasion of Iraq—inspired some candidates to speak out:

It’s time to end the forever wars. But in this White House, some of the same people who got us into Iraq now seem ready to stoke a new conflict. It’s another reason Congress must reassert its war powers. https://t.co/XdTyWuAr45

The American people do not want endless war! We cannot allow Donald Trump and his national security advisor, John Bolton, to drag us into a war with Iran. The American people must stand up to prevent what would be an unmitigated disaster. https://t.co/lt4r5XCcWQ

We cannot let the Trump Admin drag us into yet another war in the Middle East. This is exactly why the President doesn't have the constitutional authority to declare war. That's Congress’s job – and that's why I'm supporting this legislation to prevent a war with Iran. https://t.co/eb7QBaERbK

Once the tension with Iran began dominating front-page headlines, candidates were asked about it in interviews. “Trump’s foreign policy has been a complete disaster for the United States and for the world and has made us less, not more, safe,” Beto O’Rourke told MSNBC’s Rachel Maddow last week. On Friday, Pete Buttigieg, a Navy veteran who served in Afghanistan, told reporters, “As long as some of the architects of the Iraq War, some of the most hawkish foreign policy leaders of our time, are deep inside this administration too, I have low confidence that this administration has what it takes to deal with pressures to escalate.”

Only two leading candidates, senators Bernie Sanders (I-Vt.) and Elizabeth Warren (D-Mass.), have outlined their foreign policy views in some depth. Warren, who has introduced a raft of proposals to reform Defense Department ethics rules and reduce the military’s carbon footprint, also co-sponsored a bill to restrict Trump’s ability to use force against Iran without congressional approval. (It stands little chance of passing in the Republican-controlled Senate.) Sanders, in response to a New York Times story that documented his support for left-wing regimes across the globe, including the Sandinistas in Nicaragua, expounded on his views in a follow-up interview with the Times. “I plead guilty to, throughout my adult life, doing everything that I can to prevent war and destruction,” he said. “I did my best to stop American foreign policy, which for years was overthrowing governments in Latin America and installing puppet regimes.”

Rep. Tulsi Gabbard (D-Hawaii), an Iraq veteran, has made a leftist critique of American military interventions a centerpiece of her campaign, but she and Rep. Seth Moulton (D-Mass.), a fellow veteran who has centered his bid around national security, are polling near the bottom of the field.

Then there’s former Vice President Joe Biden. Since launching his third presidential bid last month, Biden has steered away from the foreign policy–focused campaign he ran in 2008, instead devoting his attention to the economy and Trump’s character. After chairing the Senate Foreign Relations Committee twice and advising President Barack Obama closely on international affairs, Biden’s views are no mystery, yet his recent pronouncements on international affairs have been critical of Trump without offering much in the way of an alternative approach. Trump “has no foreign policy,” Biden told reporters during a campaign stop in New Hampshire, adding that he was “concerned” about tension with Iran.

China, which the Pentagon and the intelligence community have frequently identified as a major threat, is “not competition for us,” Biden said during a separate appearance in Iowa. “China is going to eat our lunch? Come on, man.” He later ripped Trump for pursuing a trade war with Beijing, saying the president has “gone about it all the wrong way.”

For Biden, there is a risk to engaging in a foreign policy debate at this stage. Forty-two percent of voters said his vote in favor of the invasion of Iraq made them less likely to support him, according to a Politico/Morning Consult poll released last week, and candidates like Moulton have already tried to use Biden’s stance as an early wedge in the sprawling Democratic field. “I think it’s time for the generation that went to Iraq and Afghanistan to replace the generation that sent us there,” Moulton told New York magazine on Thursday.

Once the debates begin next month, there will be plenty of opportunities for the candidates to chime in on international affairs, as Trump escalates his trade war with China, and the US-backed opposition in Venezuela regroups for another chance at ousting President Nicolas Maduro. It’s no surprise that foreign policy advisers are suddenly in such hot demand among the field. As one strategist told Politico, “It’s a seller’s market.”