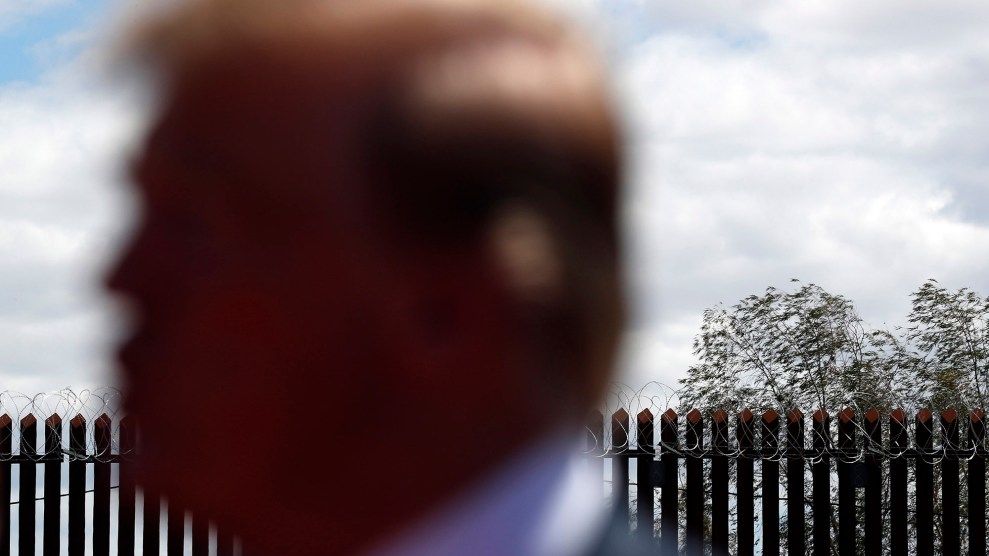 President Donald Trump’s rough week in federal courts continued last night with a new legal setback to his border wall. On Friday night, a federal judge in California issued a preliminary injunction to stop the Trump administration from redirecting money from the Department of Defense to build its wall along the US-Mexico border.

District Judge Haywood Gilliam, who was appointed by President Barack Obama, determined that the Trump administration had overstepped its authority when it sought to reallocate $1 billion in Pentagon funding toward the wall project without congressional approval. The ruling, which stops construction in El Paso, Texas, and Yuma, Arizona, emerged from a pair of lawsuits filed by the American Civil Liberties Union and 20 state attorneys general after Trump declared a national emergency to sidestep congressional efforts to block funding for the wall.

Judge Gilliam pointed to comments that acting White House chief of staff Mick Mulvaney made to Fox News, in which he said that Trump’s wall “is going to get built, with or without Congress.” The notion that the president may spend federal funds without congressional approval, Gilliam wrote, “does not square with fundamental separation of powers principles dating back to the earliest days of our Republic.”

This ruling was just the latest legal setback Trump hit in the past week. As the president fights off congressional Democrats’ investigations of his financial records, federal judges in Washington, DC, and New York City allowed subpoenas of the president’s accounting firm and Deutsche Bank and Capital One to move forward.

Trump has taken a build-at-all-costs approach to his signature proposal, even after Congress gave him only $1.4 billion for what he’s pitched a $5 billion effort to build 200 miles of wall. The Washington Post reported on Thursday that Trump repeatedly lobbied for a North Dakota construction firm led by a Republican donor to win a contract to build the wall. The president is also reportedly unhappy with how long it’s taking to build the wall as well as its proposed appearance. As the Post reported:

At the White House meeting Thursday, he said he doesn’t like the current design for the wall’s gates, suggesting that instead of the hydraulic sliding gate design, the Army Corps should consider an alternative, according to an administration official: “Why not French doors?” the president asked.

The president has not commented yet on the ruling.

Update: The president, who is on a state visit to Japan, has commented.

Another activist Obama appointed judge has just ruled against us on a section of the Southern Wall that is already under construction. This is a ruling against Border Security and in favor of crime, drugs and human trafficking. We are asking for an expedited appeal!