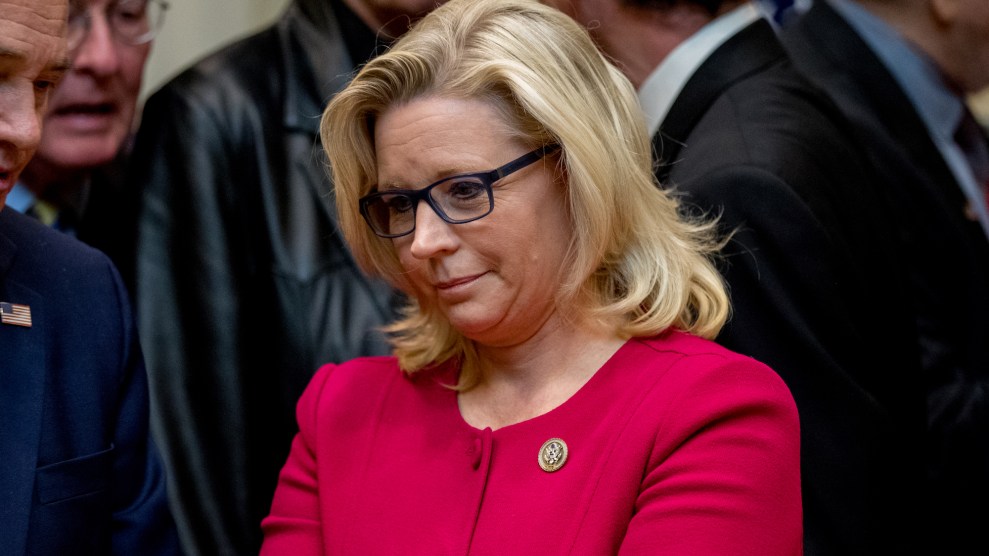 On Saturday, Sen. Mike Enzi (R-Wyo.) announced he was retiring after 24 years in the U.S. Senate. His decision not to run again clears the way for the daughter of former Vice President Dick Cheney to finally take the post. In 2014, Liz Cheney tried to parachute into the seat from Virginia, challenging Enzi in the Wyoming GOP primary. Enzi is her father’s fly-fishing Senate buddy, and the move set off a very public family feud, not to mention earning her public censure from Wyoming’s GOP establishment. Her campaign was notable for a number of missteps. During the campaign it emerged that she’d lied abut her state residency to get a fishing license and that her husband was registered to vote in both Wyoming and Virginia. To preserve the family peace, she withdrew from the race and ultimately ran for and won the open House seat in 2016.

Cheney is the highest-ranking Republican woman in the House, having been named GOP conference chair in November, and she’s had designs on becoming House speaker. She told the Washington Post she understood her father’s affection for the House. “It’s a very special place,” she said.

But the upper chamber might prove to be even more appealing to her, especially now that Democrats have retaken control of the House, blocking her ascent to the top spot there. (Newsmax, which can’t be trusted on much beyond maybe the doings of wingnuts, has sources saying Cheney is a “foregone conclusion.”) Now seems like a good time to revisit some of Liz’s greatest hits. She’s every bit her father’s daughter, as an enhanced interrogation of her record makes clear.

She hated on her sister: During her brief 2014 Senate run, Cheney had a very public spat with her own sister after coming out in opposition to same-sex marriage. Her sister, Mary, is a lesbian who married her longtime partner in 2012. Mary publicly denounced her sister, writing on Facebook, “Either you think all families should be treated equally or you don’t. Liz’s position is to treat my family as second class citizens.” She said she wouldn’t support Liz’s Senate campaign and announced she’d be boycotting the Cheney family Christmas that year.

She defended “enhanced interrogation”: In 2017, when President Donald Trump announced his support for bringing back torture to fight terrorism, Cheney was one of his most enthusiastic supporters. She had worked in the State Department of the George W. Bush administration, whose waterboarding of terror suspects was the reason Congress banned the practice in the first place. She has promoted the discredited belief that torture helped unearth information leading to the death of Osama bin Laden. “I do support enhanced interrogation,” she said, invoking the Bush administration’s favorite euphemism. “I think that it’s something that clearly has helped us in the past to save lives, and so I was glad to see President Trump take that step.”

She explained torture to John McCain: In 2018, Sen. John McCain (R-Ariz.) forcefully opposed Trump’s nomination of Gina Haspel as CIA director because of her role in America’s torture regime during the Bush administration, and her refusal to repudiate it. McCain spent five years as a prisoner of war in the Hanoi Hilton during the Vietnam war and suffered lifelong health problems from the torture he suffered there. Nonetheless, Cheney accused him of slandering the torturers in the Bush administration, earning a rebuke from McCain’s daughter:

My father doesn’t need torture explained to him. https://t.co/ajrtr7Vn5A

Like Trump, she has a funny understanding of libel law: Back in 2009, when the country was reckoning with the aftermath of eight years of the Bush administration, the disastrous Iraq war, and its war on terror, Cheney went on TV to argue that calling her father and others who’d been responsible for the “enhanced interrogation” program was libelous:

“I hear an awful lot of people out there throwing words around like ‘torture’ and ‘lines being crossed,’ and i think it’s a really, you know, it’s… it’s irresponsible and frankly it’s libelous because you have got brave Americans, men and women, who were involved in this program at the C.I.A who were involved in making sure that the program didn’t cross any lines at the Justice Department. Those people were responsible for saving American lives and keeping us safe. And I think it is offensive for all Americans for this White House to suggest that somehow those actions deserve prosecution or… or… ya-know some sort of ya-know ethical reprimand.”

She defended Birthers: Around the time that Donald Trump was first getting into politics by publicly questioning whether Barack Obama was born in America, Cheney went on Larry King to defend people who thought the first black president was actually a Muslim Kenyan communist:

“I think the Democrats have got more crazies than the Republicans do,” Cheney said. “But setting that aside, one of the reasons you see people so concerned about this, I think this issue is, people are uncomfortable with having for the first time ever, I think, a president who seems so reluctant to defend the nation overseas.”