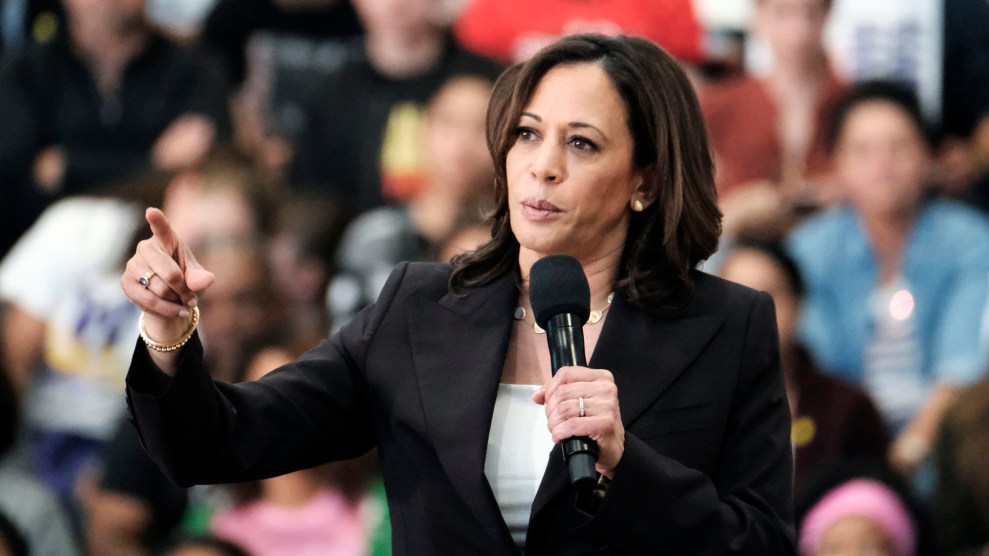 Today is National Gun Violence Awareness Day, and the Democratic presidential candidates are lining up to express their support for gun control. Created in 2015 by the group Everytown For Gun Safety, the annual event is intended to draw attention to the shootings that have torn apart families and communities across the country. Many of the White House hopefuls are wearing orange in honor 15-year-old Hadiya Pendleton, who was shot and killed shortly after she performed in Barack Obama’s second inaugural parade in 2013.

Gun control had been a relatively low-key issue throughout the first part of the Democratic primary campaign, though that may change now that Virginia Gov. Ralph Northam (D) has convened a high-profile special session of the state legislature to consider how to respond to a recent mass shooting.

In a statement, Everytown said that Friday’s show of solidarity by the candidates—so far, 13 have tweeted in support of National Gun Violence Awareness Day—is “yet another indication that gun violence prevention will be a marquee issue in the 2020 presidential campaign.”

Meanwhile, President Donald Trump has yet to say anything today about the state of gun violence in the country, but he has managed to tweet some things about Nancy Pelosi and Mars.

Today I #WearOrange to honor gun violence victims and survivors & call attention to an epidemic stripping too many young people of their childhoods. Freedom from violence should not be too much for our kids to expect from their leaders. It’s time we deliver commonsense reforms. pic.twitter.com/KjP4MXcOwa

Gun violence is a cancer on the soul of this nation. We lose 100 Americans every day to gun violence. Dozens more are injured. On National Gun Violence Awareness Day, I want to renew my vow to end this epidemic and hold the corporate gun lobby accountable. Enough is enough. pic.twitter.com/F7S3mx1280

On #NationalGunViolenceAwarenessDay, the gig is up for the NRA. We’re on this carousel where loss, grief, anger and then thoughts & prayers from Washington is an alibi for doing nothing. No more. We will take action and restore hope where hope has died.https://t.co/hJmqVhYE9s

Today is National Gun Violence Awareness Day and I #WearOrange to honor the victims and survivors of this epidemic. But it’s not enough to be aware — we need to take real action to stop the problem. pic.twitter.com/nGv611C1Lk

It is time to get this done, because no one should feel unsafe at school, at work, at the movies or anywhere else. We can’t let tragedy after tragedy happen and do nothing.

Today, and every day we honor the victims of gun violence and fight for a future free from these tragedies. #WearOrange pic.twitter.com/EigJzM3G0y

Every day, 100 Americans are killed with guns. It doesn’t have to be this way. We can end gun violence.

The best way we can honor victims is to not only remember them, but to resolutely fight back against the @NRA at every turn. #WearOrange pic.twitter.com/KuPrfrDZqa

The impacts of gun violence are felt in every American community. Enough is enough. Too many families across the country live every day with the pain & loss caused by gun violence. The House has taken action to save lives. The Senate must do the same! #WearOrange #EndGunViolence

Continually inspired by the moms demanding action, the young people walking out of their classrooms and marching for their lives, and all of the fierce advocates across our country who are leading the fight to end gun violence. #WearOrange pic.twitter.com/Rx70opd1l7

On #NationalGunViolenceAwarenessDay, I’m thinking about how our country loses an average of seven children and teens to gun violence every day. Enough is enough. I’m fighting like hell for #GunReformNow and to end the @NRA’s death grip on our federal government.

Gun violence is an epidemic in this country, but it doesn't have to be. We could change it if elected officials were brave enough to stand up to the NRA.

On #NationalGunViolenceAwarenessDay, we must commit to keep up the fight to end gun violence. The stakes are too high not to. pic.twitter.com/HUNoHXC3ou

Just one week after performing at Obama's inauguration in 2013, Hadiya Pendleton was killed just blocks from her school. She was 15. Today we #WearOrange to honor her and all victims of gun violence, and show unity around the insistence that this cannot remain our reality. pic.twitter.com/jpKZzW2V7x