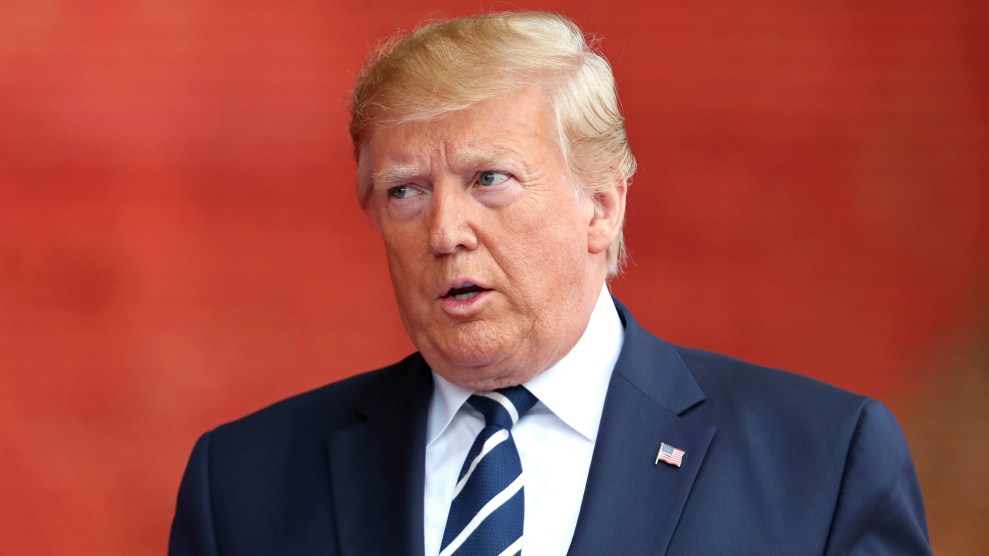 Donald Trump believes the US has a “clean climate”, telling the interviewer Piers Morgan on ITV’s Good Morning Britain that he had informed Prince Charles in a 90-minute conversation that the US “right now has among the cleanest climates there are based on all statistics, and it’s even getting better because I agree with that we want the best water, the cleanest water.”

There are a few important details the president may have overlooked in presenting a clean bill of health for the US environment, so here is a handy reminder.

The US is still the world’s second biggest emitter of greenhouse gas emissions, having been overtaken by China more than a decade ago. In per capita terms, however, the US far outstrips China, though it comes below some Middle Eastern states with tiny populations and vast fossil fuel industries. While carbon emissions have been falling, in part because of the switch from coal to gas, Climate Tracker estimates that the US will fail to meet its carbon reduction targets set by Barack Obama, to cut emissions by 26-28 percent below 2005 levels by 2025.

The US is now one of the world’s biggest gas producers, thanks to fracking, and about half of its oil now comes from the production method, which requires the blasting of dense shale rock with water, sand and chemicals to release the tiny bubbles of fossil fuel trapped inside. This boom has come at a cost, as the vast water requirements are draining some areas dry, and pollutants found near fracking sites include heavy metals, chemicals that disrupt hormones, and particulates. The effects range from memory, learning and IQ deficits to behavioral problems. Leaks of “fugitive” methane are an additional contributor to climate change.

Not content with the US’s existing conventional oil reserves, and the expansion of the oil and gas industries through fracking, the US fossil fuel industry is seeking new grounds for exploration—among them, the pristine Alaskan wilderness. Drilling in the Alaskan wildlife reserve is a key Trump policy.

The Trump administration has moved to loosen regulations on fuel efficiency for cars and vans, which were already less stringent than in many other countries. Opponents fear this will increase greenhouse gas emissions and air pollution.

Trump’s decision to withdraw from the Paris climate agreement of 2015 cannot legally take effect until after the next presidential election, in an irony of timing. However, the effect can already be seen, in the emboldening of other nations considering a withdrawal, such as Brazil, formerly a strong proponent of action at the UN talks, and the increasing influence of fossil fuel lobbyists.

With the president claiming climate change to be a “Chinese hoax”, it is perhaps not surprising that the US has some of the highest rates of climate denial in the world, according to polling by YouGov in collaboration with the Guardian. Despite this, a sizeable majority of the US public—nearly six in 10 people—still agree with the science on climate change, and support action to stave off the worst consequences.

Despite Trump’s claim to Morgan that “we want the best water, the cleanest water—it’s crystal clean, has to be crystal clean clear”, his recent actions on water have been an attempt to roll back decades of progress on cleaning up the US water supply. Last December, he announced plans to undo or weaken federal rules that protect millions of acres of wetlands and thousands of miles of streams from pesticide run-off and other pollutants.

By rolling back Obama-era measures intended to reduce greenhouse gas emissions from power plants, the Trump administration is also threatening to increase air pollution, as coal-fired power stations will be able to spew out toxins once more, according to 14 states who last year opposed the Environmental Protection Agency’s plans. This is in contrast with China and India, cited by Trump—along with Russia—as having polluted air. Those nations are trying to clean up their pollution with stricter limits on what power plants and other industries can produce.