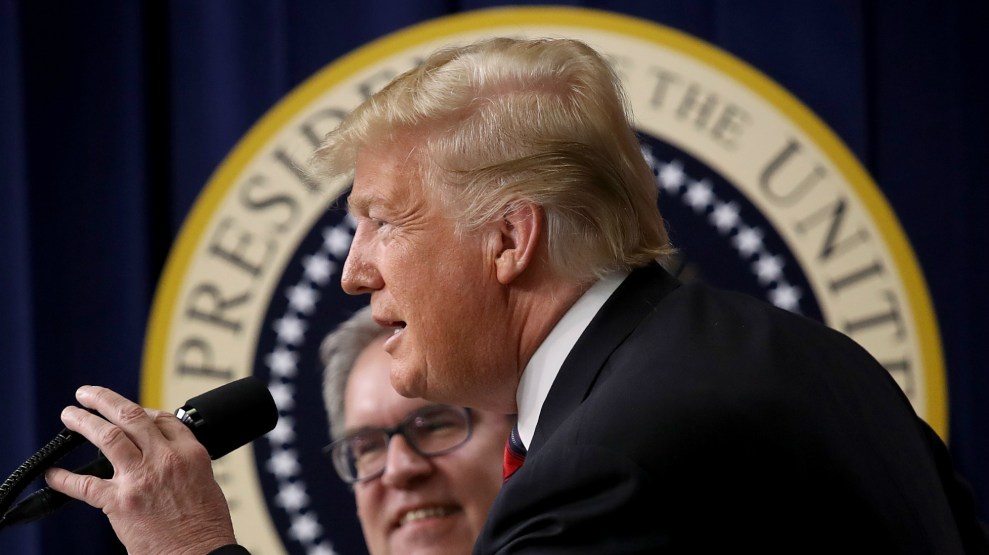 Senate Democrats are charging that the Trump administration has gone “dangerously off the rails,” in failing to implement landmark legislation meant to protect people from toxic chemicals.

In a letter to the Environmental Protection Agency, five senators say Trump officials are ignoring new authorities made available to them, favoring the chemical industry over the health of Americans. The senators are presidential candidate Cory Booker, Tom Udall, Ed Markey, Jeff Merkley, and Sheldon Whitehouse.

In 2016, Congress amended the Toxic Substances Control Act, aiming to fix structural problems with the 1976 law and give the EPA more powers to ensure chemicals used in everyday products and materials are safe for humans and the environment. Research has shown health risks in products ranging from nail polish to plastic food packaging.

“Among the reforms included in the law were key requirements to protect vulnerable populations—including children, pregnant women, the elderly and chemical industry workers—and to evaluate and review the safety of all new and existing chemicals on the market,” said a press release from the senators.

They say they are raising serious concerns about Trump’s EPA undermining the intent of the law “by weakening or openly violating critical safeguards, including allowing chemicals onto the market without reviewing critical information about risks to public health.”

The lawmakers include more than eight pages of specific questions for EPA to address, including why the agency isn’t requiring more information about chemicals from producers.

A recent report from the Environmental Defense Fund finds that EPA has approved more than 80% of the chemicals it reviewed over the past year, clearing them for unrestricted use. The advocacy group says EPA is ignoring millions of pounds of toxic emissions from hundreds of contaminated sites and notes that the Trump administration is abandoning or scaling back bans of three chemicals that the Obama administration pursued.

An EPA spokesperson argued the agency has “diligently worked” to implement the law, “while ensuring the safety of chemicals in the marketplace, protecting human health and the environment, and advancing the agency’s core mission.”

The spokesperson added that a top chemicals official from the agency is briefing House and Senate staffers this week.