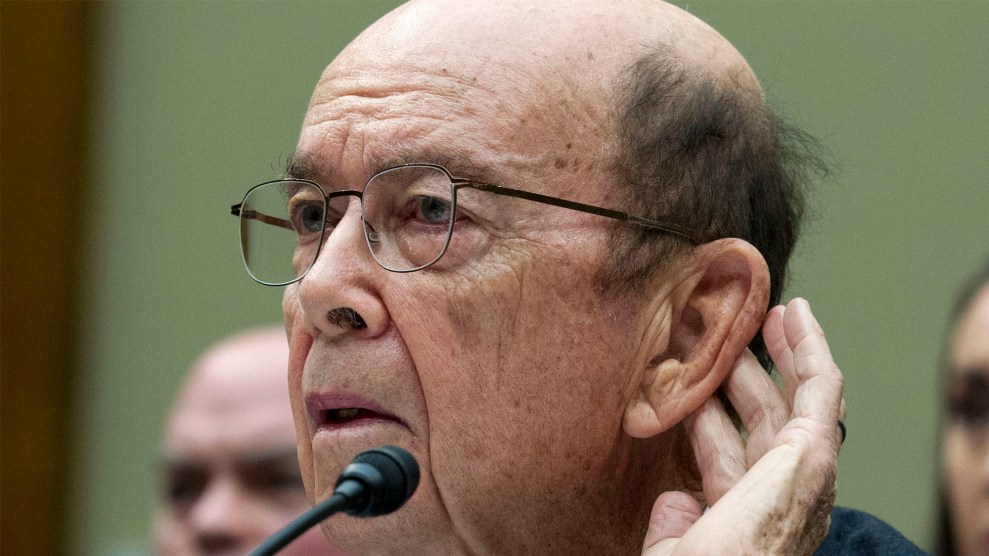 Documents unearthed last week showed that the Republican Party’s top gerrymandering expert, Tom Hofeller, was behind the decision to add a controversial question about US citizenship to the 2020 census, a move he wrote would be “advantageous to Republicans and Non-Hispanic Whites.” This undercut the Trump administration’s main argument—that the citizenship question was needed to better enforce the Voting Rights Act—in a legal case over the question that’s now before the Supreme Court.

But the justices are unlikely to be swayed by the bombshell new evidence. In fact, they may not even be able to consider it.

After the documents became public, the ACLU quickly filed a motion informing the Supreme Court of the new evidence. It also asked a lower court to sanction two former Trump administration officials for allegedly concealing Hofeller’s involvement in drafting a memo that became the basis for the citizenship question. There will be a hearing about that request in a federal district court in New York on Wednesday.

“These documents show that the administration’s goal here is the exact opposite of what it said it was,” says Dale Ho, director of the ACLU’s voting rights project, which is challenging the citizenship question before the Supreme Court alongside 18 state governments. “They said they wanted to enforce minority voting rights, but the citizenship question originates with an effort to dilute minority voting rights. That’s directly relevant to the issue of pretext which is before the Supreme Court right now.” (The Justice Department said in a statement last Thursday that Hofeller’s study “played no role” in Commerce Secretary Wilbur Ross’ decision to add the question to the 2020 census.)

But legal experts say the news of Hofeller’s involvement is unlikely to sway the conservative majority on the Supreme Court before it issues its decision by the end of June. In questioning during oral arguments in April, the court’s five conservative justices appeared inclined to rule in favor of the administration. The Hofeller news may not even factor into the court’s decision.

First, there’s little time for the court to consider the new evidence. The justices typically make up their minds following oral arguments, and they have already started writing their opinions. “The difficulty is that the Supreme Court voted on this case after oral arguments and has already started writing opinions, and while they sometimes change their minds, it’s not very common,” says Paul Smith, a veteran litigator with the Campaign Legal Center who’s argued numerous high-profile cases before the Supreme Court, including a case last year challenging partisan gerrymandering in Wisconsin.

Second, the Supreme Court is only supposed to examine evidence that is part of the record in the case. For evidence to be entered into the record, a judge has to deem it admissible after thorough briefing and testimony from both sides. Though the justices sometimes do their own research or cite outside sources, deviation from the legal record is frowned upon. “Even though everyone considers evidence outside the record, there’s still a general principle that you aren’t supposed to do so,” says Leah Litman, a professor of constitutional law at the University of California-Irvine. Any consideration of Hofeller’s memos, which have not been vetted by a federal court, would be an exception to the rule, Litman says. (On Monday evening, the Justice Department filed a brief in reply to the ACLU, calling the latter’s filing an “eleventh-hour campaign to improperly derail the Supreme Court’s resolution of the government’s appeal.”)

For a case study in how last-minute evidence has failed to sway the justices, one need look no further than another major Supreme Court ruling on a signature Trump policy: the court’s 5-4 decision upholding the administration’s travel ban in June 2018.

As with the citizenship question, administration officials repeatedly tried to hide the true intent of the travel ban, claiming it was not a Muslim ban when President Donald Trump had repeatedly said it was. The administration also mischaracterized how the policy would be implemented, with late-breaking evidence undercutting their claims.

Solicitor General Noel Francisco, who also argued in favor of the citizenship question, told the Supreme Court during oral arguments in the travel ban case that individuals in countries subject to the ban would be issued waivers for things like urgent medical care and significant family ties. “State Department consular officers automatically apply the waiver process in the course of every visa application,” Francisco told Justice Sonia Sotomayor after she asked whether the waiver process was mere “window dressing.”

But shortly after oral arguments, a State Department consular official in Madrid issued a sworn affidavit in a related federal court case undercutting Francisco’s claims, saying that consular officials didn’t have the power to grant waivers. “My understanding was no one is to be eligible to apply,” wrote Christopher Richardson, who served as American Citizen Services Chief in Madrid. “We were not allowed to exercise that discretion.”

That evidence, however, didn’t sway the court’s conservative majority, which upheld the travel ban on the basis of national security. Justice Stephen Breyer cited Richardson’s memo in his dissent, but Chief Justice John Roberts, writing for the majority, called it “a declaration from unrelated litigation” that “does not affect our analysis.”

It’s easy to imagine a similar scenario in the census case: The court’s conservatives brush aside Hofeller’s involvement, one of the liberal justices cites his memo in a fiery dissent, and it has no effect on the outcome.

This story has been updated to include the Justice Department’s reply brief.