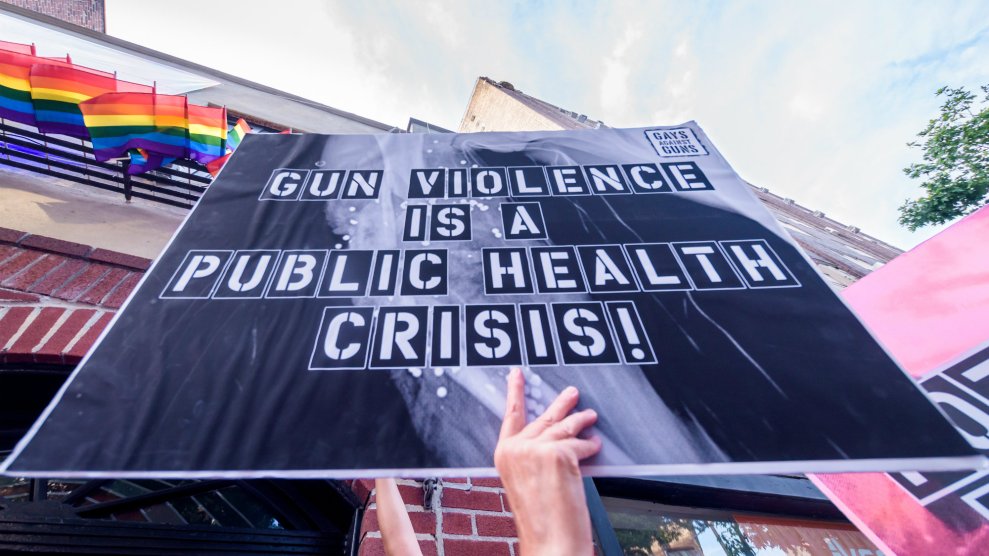 Gun violence is an epidemic in the US. At the first debates for the 2020 Democratic presidential primary, the candidates spent a significant amount of time talking about the problem of gun violence in the country. But according to a new report by Amnesty International, which highlights research into the often hellish experience gunshot survivors go through in the aftermath of their injury, gun violence is just part of the problem. Because of the high cost of medical care, and the often fluctuating accessibility of health care that makes it hard for survivors to obtain the longterm care they need, the report calls on both federal and state authorities “to ensure that gunshot survivors can access their right to reparation.”

“Most of the people we interviewed told us that being shot was just the start of their nightmare.”

Among the people profiled in the report is a 16-year-old girl from Miami who was caught in crossfire in 2012 who still suffers from long-term complications from her injuries—caused by bullet fragments in her uterus—and is still in debt from her medical bills.

Another gunshot survivor in the report, who was shot in the back at age 16 in 2009 and left paralyzed, describes the difficulties she faced on Medicaid. She describes the “bureaucratic challenges” in finding health professionals to accept her insurance as well as affordable and accessible housing. After she was initially discharged from the hospital, she was sent to an adult institutional care facility where she had no mental health care, continuing education, or training for how to adjust to using a wheelchair permanently.

“Most of the people we interviewed told us that being shot was just the start of their nightmare,” Sanhita Ambast, an Amnesty International researcher, said in a statement. “Survivors described how they continue to struggle despite being victims of crime and are often faced with prohibitive costs to treat their chronic pain or get help adapting to disabilities.”

Amnesty International concludes that it should be the responsibility of the government to provide gunshot survivors with appropriate reparations to compensate for the high cost of medical bills in the long road to recovery. “The US authorities need to get a grip on gun violence, and ensure survivors have the support necessary to address the harms they have suffered and to rebuild their lives,” Ambast adds.

The report outlines three main recommendations that federal and state governments can do to help gunshot survivors struggling to pay for the care they need. Providing easy access to quality longterm psychological and medical care is one of the report’s main recommendations, but it goes on to explain that another prohibiting factor for survivors seeking long-term health care is intense and difficult-to-navigate bureaucracy and paperwork. There’s a “need for assistance to enable them to navigate a fragmented and complicated system,” the report concludes.

Crime victim compensation funds—state-run public programs that offer financial assistance to victims of violent crimes—are fairly common and designed to help gunshot survivors with incurring large debt in the wake of their tragedy, but there are often limitations and eligibility requirements that block survivors from accessing that help. Amnesty International notes that these funds are underutilized: In 2017, the report says, out of 1,247,321 violent crimes that occurred nationwide, there were only 294, 990 applications for victim compensation that were filed—and 23  percent of those applications were denied.

These programs are in dire need of a revision, the report says, so that survivors can fully receive the compensation they need to recover. The recommendations include a removal of “arbitrary” eligibility requirements, as well as outreach programs to explain to survivors how they can take the steps to access these funds.

“Given their failure to adequately address gun violence on a large scale, there’s even more of an impetus to provide assistance to survivors,” Ambast says.