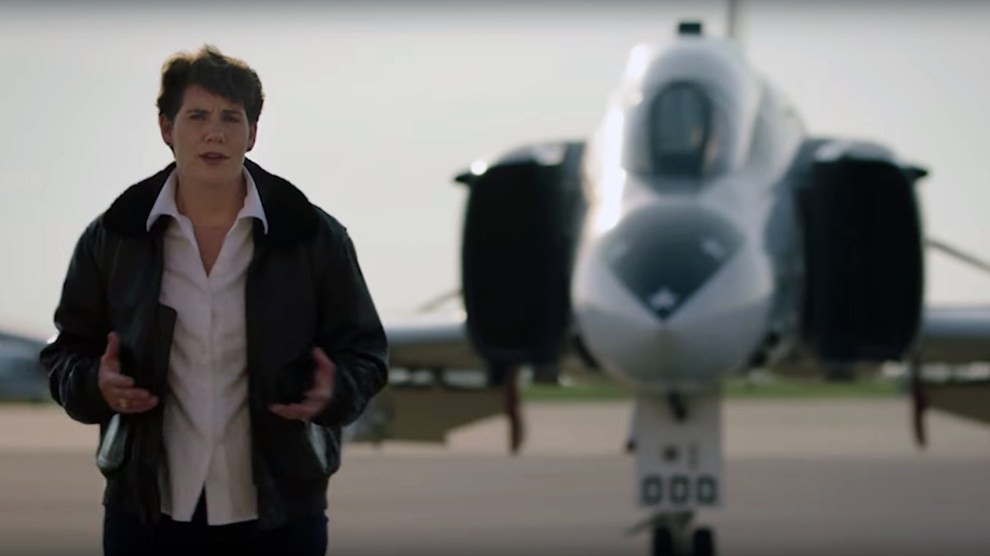 In the first 24 hours after launching her campaign to unseat Senate Majority Leader Mitch McConnell (R), Kentucky Democrat Amy McGrath raised more than $2.5 million dollars, according to her campaign.

McGrath—a retired Marine fighter pilot who narrowly lost her 2018 campaign against Republican Rep. Andy Barr in Kentucky’s 6th congressional district—announced her Senate bid Tuesday morning with a video casting McConnell as the man responsible for turning Washington, DC, into “something we all despise.” As of Wednesday morning, the video had been viewed more than 100,000 times. McGrath’s campaign manager, Mark Nickolas, told NBC News that this is the most money ever raised in the first 24 hours of a Senate campaign.

All of that money came in from online donations, with an average donation of $36.15, according to Nickolas. That’s certainly a lot, but as NBC points out, this is sure to be an expensive Senate race:

McGrath’s race against McConnell promises to be one of the most expensive Senate races of the 2020 election cycle. McConnell, as the Senate majority leader, has a formidable fundraising machine—in 2014, he raised and spent over $30 million in his race against Democrat Alison Lundergan Grimes.

In response to McGrath’s video, McConnell’s campaign fired back with its own video, painting his new opponent as a far-left progressive in line with Elizabeth Warren and Alexandria Ocasio-Cortez. In an interview yesterday with MSNBC’s Morning Joe, McGrath, who has the backing of Senate Minority Leader Chuck Schumer (D-N.Y.), called herself a “moderate” and said that her husband is a registered Republican.