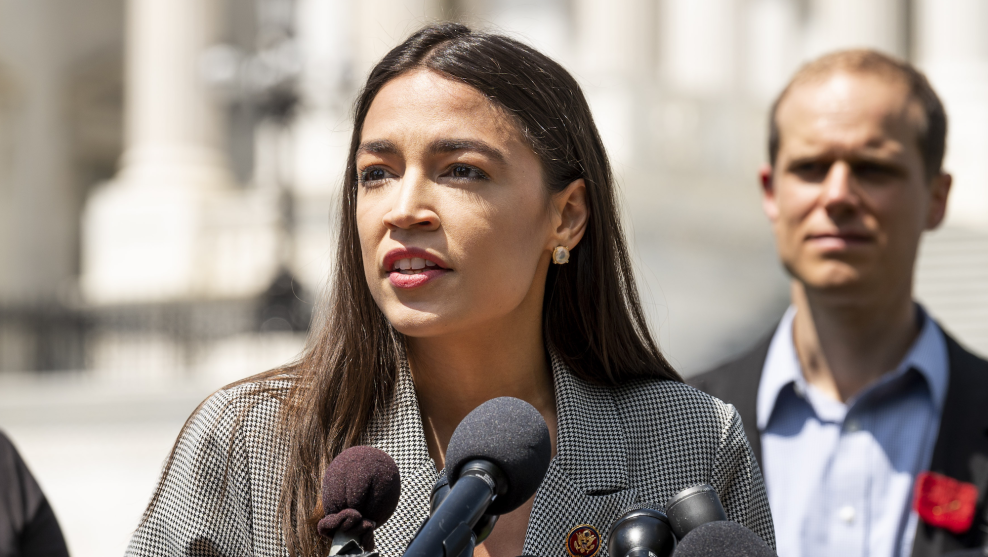 The testimony from members of Congress who had the rare chance to visit three Border Patrol facilities in Texas this week has been damning: detained women instructed to drink from toilets, pervasive verbal harassment by guards, and conditions that, for many, confirmed their worst fears of the Trump administration’s cruelty at the border.

And this was the scene lawmakers had witnessed when Border Patrol officials were on their “good behavior,” as Rep. Alexandria Ocasio-Cortez (D-N.Y.) noted after the tour on Monday. What goes on when an entire congressional delegation doesn’t bear witness?

As it so happened, two independent reports provide some answers. The first came the same day lawmakers visited Texas, when ProPublica on Monday revealed a secret Facebook group in which Border Patrol agents used racial slurs against immigrant groups and made crude, sexist jokes about Hispanic Democrats, including Ocasio-Cortez. Then on Tuesday, the Department of Homeland Security’s Office of Inspector General released a highly critical report that described the detention centers as a “ticking time bomb” situation, suffering from perilous overcrowding and conditions that represented an “immediate risk to the health and safety” for both detainees and officers.

One would be hard pressed to see the two reports as anything but striking and shameful corroboration of what lawmakers had passionately decried in Texas this week. But some conservatives, most of whom specifically zeroed-in on the freshman congresswomen of color who made up the 16-person delegation, appear to be up to the task.

The vicious tone was set just moments after the tour concluded. During a press conference, one demonstrator repeatedly shouted at Rep. Rashida Tlaib (D-Mich.), “We don’t care about sharia law, go take care of your country,” as she and other freshman lawmakers attempted to speak over racist and derogatory language as they condemned the conditions they had just witnessed.

Do not miss the racist, sexist slurs @RashidaTlaib @RepEscobar @AOC @AyannaPressley and others face for doing their jobs. Nor the fact that they continue to fight like hell anyways. https://t.co/KG0WmTsmlB

‘This is about the preservation of our humanity.’ — Rep @AyannaPressley raised her voice for the detained ‘abuelas, madres, and tias’ while decrying protesters’ hate outside this immigrant detention center pic.twitter.com/AexibdIq8b

Rush Limbaugh, speaking on his radio show in overtly sexist rhetoric, then alleged with no evidence that the “gaggle of hysterical” congresswoman had been lying for the sake of shock value. “Between this little AOC, Alexandria Ocasio-Cortez, and this gaggle of hysterical women that she takes down there with her to the border, lying their way through that border visit,” Limbaugh said on Tuesday. “After a while, your gig gets old, your schtick no longer shocks and so you have to keep crossing new lines.”

Never one to avoid such opportunities, White House counselor Kellyanne Conway on Tuesday also accused Ocasio-Cortez of falsifying her account for a “photo-op,” remarks that later drew a tense exchange on Twitter. Others have falsely asserted that the freshman lawmaker never even stepped foot inside the detention center.

Also @KellyannePolls, maybe you actually do your job and show up to a Congressional hearing next time you want to talk to me.

After all you, you ran away and skipped out on Oversight committee last week, just to call into Fox and Friends instead. 🤷🏽‍♀️ https://t.co/IzWJKWUxaN

Apparently @AOC saw the terrible conditions of the detention facility despite refusing to actually tour it. Interesting. pic.twitter.com/99txYQCD47

For these conservatives, it’s very much easier to use the inhumane conditions at the hands of the Trump administration as an opportunity to attack their favorite punching bags. Even if that means ignoring two incriminating reports that show that all their targets are doing is speaking the truth.

Exclusive audio: Listen to Alexandria Ocasio-Cortez describe the “intentional cruelty” she saw inside the migrant detention facilities she toured this week, on this special bonus edition of the Mother Jones Podcast: