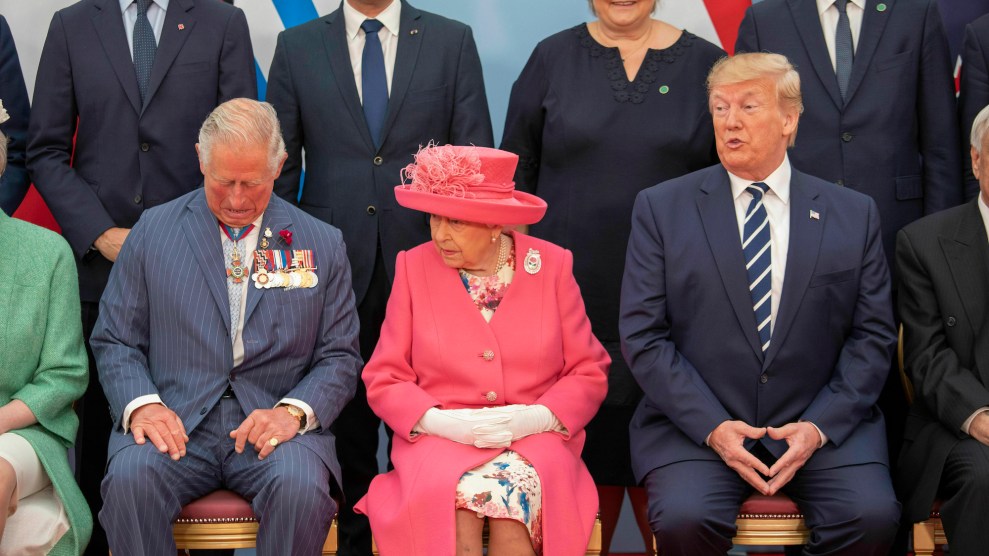 “I don’t think this Administration will ever look competent,” the British ambassador to the United States wrote in a scathing assessment of President Donald Trump’s White House in the summer of 2017. The confidential memo by Sir Kim Darroch is part of a trove of leaked diplomatic cables published this weekend by the British newspaper the Daily Mail. The dispatches from Darroch to officials in London cover a period from 2017 to the present, and include blunt observations on the “uniquely dysfunctional environment” of the Trump administration, as well as how easily the president is influenced by pandering and flattery.

“We don’t really believe this Administration is going to become substantially more normal; less dysfunctional; less unpredictable; less faction riven; less diplomatically clumsy and inept,” one of the cable says. In another message, Darroch, a diplomat with 29 years of experience, describes Trump as “radiating insecurity.”

The British Foreign Office has not challenged the authenticity of the documents. “Their views are not necessarily the views of ministers or indeed the government,” a spokesperson said, according to the Daily Mail. “But we pay them to be candid. Just as the US ambassador here will send back his reading of Westminster politics and personalities.” The Foreign Office told the BBC that it will investigate how the cables were leaked.

The British ambassador notes deep rifts between the countries’ positions on climate change, trade, and international diplomacy. Yet he also observes how to best influence Trump. It is less about making an evidence-based case, than appealing to the president and his staff’s ego:

It’s important to ‘flood the zone’: you want as many as possible of those who Trump consults to give him the same answer. So we need to be creative in using all the channels available to us through our relationships with his Cabinet, the White House staff, and our contacts among his outside friends.

Darroch’s advice for how to flatter Trump: “You need to start praising him for something that he’s done recently. You need whenever possible to present them as wins for him.” He added that they make their points “simple, even blunt.” After Trump visited Buckingham Palace in June, the ambassador reported “his team were also dazzled, telling us that this had been a visit like no other—the hottest ticket of their careers.”

Nor was Darroch impressed with Trump’s domestic achievements:

Of the main campaign promises, not an inch of the Wall has been built; the executive orders on travel bans from Muslim countries have been blocked by the state courts; tax reform and the infrastructure package have been pushed into the middle distance; and the repeal and replacement of Obamacare is on a knife edge.

While the White House has not yet commented on the leaked cables, Trump has trumpeted past leaks—when they hurt his critics. In 2010, Trump pointed to a leaked trove of emails from climate scientists to dispute that global warming was real, starting his long love affair with climate change denial. Throughout the 2016 election, Trump gloated over the emails published by Wikileaks targeting the Democratic party and Hillary Clinton’s campaign, declaring a month before the election, “I love Wikileaks.”