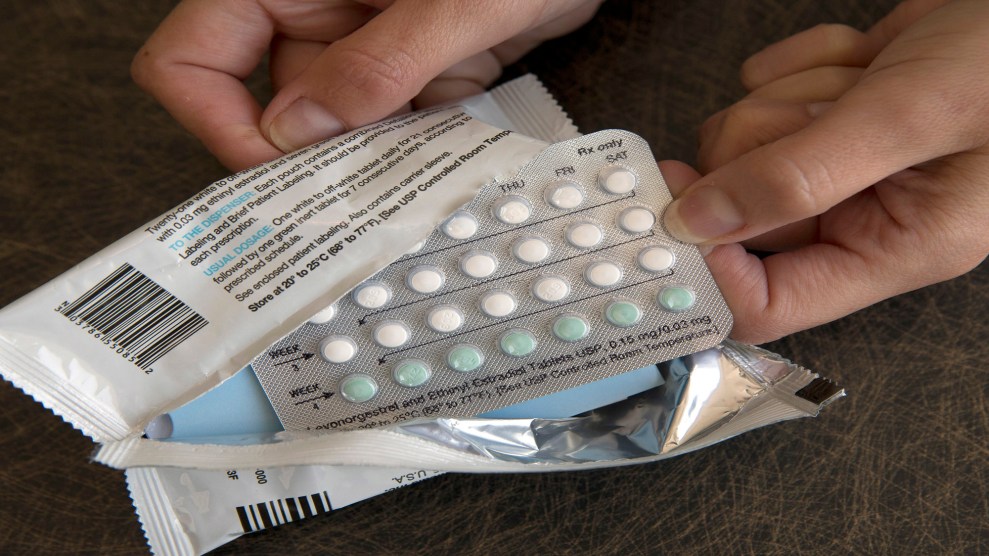 A new study finds that providing women with a yearlong supply of oral contraceptive birth control—rather than the typical three-month supply—could be the key to millions of dollars in health care savings and fewer unintended pregnancies.

Researchers at the Department of Veterans Affairs and the University of Pittsburgh found that supplying women in the VA with a yearlong supply of oral contraceptive pills would prevent an estimated 583 unintended pregnancies annually. The change would also save the government $2 million a year by reducing spending on pregnancy-related care, such as prenatal and newborn care, which would otherwise be covered by the VA health insurance.

The researchers used mathematical modeling based on existing data from the VA healthcare system, not clinical trials, to come to their conclusions, since the VA does not currently provide yearlong supplies. They found that gaps between oral contraceptives refills caused by shorter supply windows are a major factor in the prevalence of unintended pregnancies.

“Missing only a couple days of pills can lead to an unintended pregnancy,” says Colleen Judge-Golden, a co-author of the study. “When you just give a year’s supply of contraception up front to women, those women actually have a reduction in the amount of gap in their medication coverage.”

Like the VA, most health insurers currently cap the number of pills that women can pick up at one time without being charged, typically at 30, 60, or 90 days of coverage. Ostensibly, this is to prevent potential pill wastage: Insurers are concerned women may switch contraceptives during the year or stop taking them, which would leave the insurers paying for unused medication. However, Judge-Golden believes this particular concern misses the costs of unintended pregnancies.

“This is not a completely irrational thing to be worried about, but what our analysis and other studies have actually found is that those concerns are really overshadowed by the prevention of pregnancy,” she says. “Pregnancies cost a lot more than pills.”

Another concern voiced by insurers is that yearlong contraceptive supplies discourage patients from getting regular check-ups. However, study co-author Dr. Sonya Borrero, the associate director of the VA’s Center for Health Equity Research and Promotion, point outs that most doctors prescribe birth control on a yearly basis.

“Those are unjustified, ungrounded critiques of this,” Borrero says. She notes that doctors typically write prescriptions for a full year, even if patients can only pick them up a few months at a time. She also feels that restricting birth control access in order to force women to receive other types of health care services is problematic.

“We don’t want to create a situation in which we hold one type of service hostage to sort of force people to come receive care,” Borrero says. “I think we really want to elevate women’s reproductive autonomy here, so it’s really important to uncouple access to birth control from other medical services.”

While this study has implications for oral contraceptive pills more broadly, Borrero believe that as women have become a larger part of the VA health care system, it’s important to pay attention to the unique needs of female veterans.

“I think it’s really important to recognize that women veterans who use the VA for their health care are a particularly medically vulnerable population,” she says. “They really have a high burden of medical and mental illness, a lot of which were incurred during their military service, and they also have a really high prevalence of sexual trauma history. So all of these things can exacerbate the negative impact of an unwanted pregnancy and can make pregnancy more risky for these women.”

In addition, she notes, the VA does not provide coverage for abortion services, even when the mother’s health is at risk. “So I think the high prevalence of chronic medical and mental conditions, coupled with no abortion coverage, really makes it critical that we really support these women’s use of contraception,” she says.