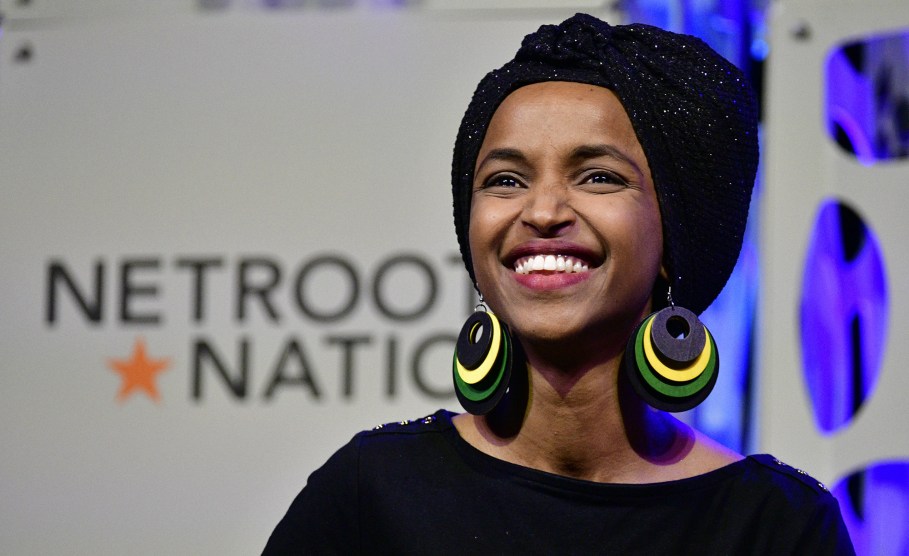 There’s a key difference between Transportation Secretary Elaine Chao and Rep. Ilhan Omar (D-Minn.), according to Darin Miller, the deputy press secretary for Vice President Mike Pence: Chao is a good immigrant who “worked hard and assimilated,” but Omar “seems content to criticize America at every turn.” That’s the gist of an email I received yesterday from Miller, shortly after publishing this roundup of some of the worst responses to President Donald Trump’s racist weekend tweetstorm.

Miller emailed me to say that he thought I had misconstrued the comments that Pence’s chief of staff, Marc Short, made to Fox News on Monday. In that interview, Short said that Trump can’t have “racist motives” because he appointed Chao—the former secretary of labor during the George W. Bush era and wife of Senate Majority Leader Mitch McConnell (R-Ky.)—as the secretary of transportation.

Here's Marc Short, Pence's chief of staff, defending Trump's racist tweets this morning by claiming that he can't have had "racist motives" because Elaine Chao serves in his cabinet, and he's making the point that Ilhan Omar never says positive things about the U.S.. pic.twitter.com/B7WkNxjQPG

Since the president’s tweets on Sunday that told four freshman Democratic congresswomen of color—Reps. Alexandria Ocasio-Cortez of New York, Ilhan Omar of Minnesota, Ayanna Pressley of Massachusetts, and Rashida Tlaib of Michigan—to “go back…from which they came,” the Republican Party is still struggling with how to deal with the situation. Most GOPers have remained silent, a few have joined Democrats in officially condemning Trump’s tweets, and others have committed wild jumps in logic to claim his tweets weren’t racist—and Short’s comment about Chao fit into the latter category. That’s why I included them in a collection of responses to Trump’s tweets.

But the office of the Vice President didn’t agree. And Miller insisted that Chao is a different kind of immigrant than Omar. Here’s what he wrote:

I think you misconstrue what [Short] was saying, which is that Secretary Chao’s story is an example of what the President supports: She came legally to the U.S., worked hard and assimilated, and is dedicated to giving back and serving her country, and we can all support that. Contrast that with Rep. Omar, who seems content to criticize America at every turn, instead of trying to fix problems she sees—for instance, she opposed the overwhelmingly bipartisan emergency border aid bill, which provided much-needed humanitarian aid for asylum seekers.

The truth is there isn’t a meaningful difference between Chao and Omar’s immigration stories. Like Chao, Omar immigrated legally to the country and now serves in the federal government, albeit with a different agenda. Omar, along with many other of her Democratic colleagues, didn’t vote for the border bill due to policy disagreements.

Still, as of Wednesday, the saga of Trump’s racist tweets is continuing to play out in Congress. Tuesday night, as the House of Representatives debated to vote on a resolution to officially condemn Trump’s tweets, House Speaker Nancy Pelosi ran afoul by calling them racist, thanks to an very old House rule that says lawmakers can’t insult a president’s character on the floor. Trump, of course, had something to say about it.

So great to see how unified the Republican Party was on today’s vote concerning statements I made about four Democrat Congresswomen. If you really want to see statements, look at the horrible things they said about our Country, Israel, and much more. They are now the top, most…