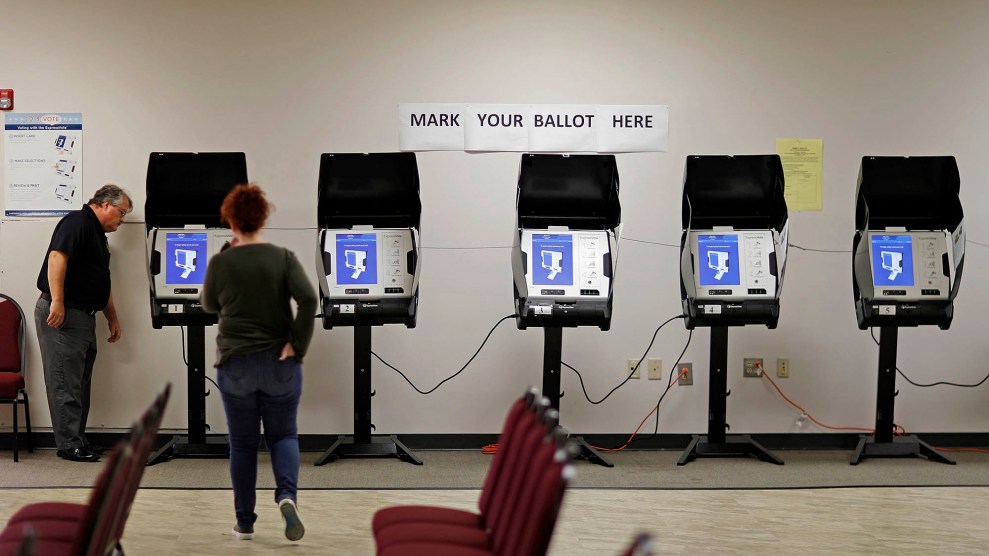 A new Senate Intelligence Committee report released on Thursday details the “extensive” Russian operation, dating back to at least 2014, to interfere with the 2016 US presidential elections. The bipartisan report says progress has been made in coordinating federal and local efforts to bolster election security. But it also points to ongoing vulnerabilities in elections infrastructure, like voter registration databases, and the need for a stronger message from the government that the country views “an attack on its election infrastructure as a hostile act,” and that it will fight back to “send a clear message and create significant costs for the perpetrator.”

The 67-page report, two-and-a-half years in the making, is the first of several volumes outlining the committee’s investigation into election meddling. The report’s release comes a day after former special counsel Robert Mueller testified before Congress and warned that Russian operations against the election system are ongoing “as we sit here,” and that “many more countries are developing the capability to replicate what the Russians have done.”

“Many more countries are developing the capability to replicate what the Russians have done,” Mueller warned.

Senate Intel Committee Chair Richard Burr (R-N.C.), and Vice Chair Mark Warner (D-Va.) each issued statements with the report’s release. Burr said that in 2016 the United States was “unprepared at all levels of government” for attacks on elections, and has improved in the time since. Burr noted that the Department of Homeland Security and state election officials have a much better working relationship than before, but that “much work remains to be done.”

It’s unclear whether Burr considers elections security legislation as part of the work that remains to be done. Mitch McConnell, the Senate majority leader, has prevented most of this type of legislation from coming to the floor, arguing that Congress has done enough and that pending election legislation is merely the Democrats’ effort to usurp states’ rights and bolster their chances at the polls.

Warner, who a day ago was part of a group of Congressional Democrats who blasted McConnell for holding up legislation, alluded to needing to get past partisan gridlock. “I hope the bipartisan findings and recommendations outlined in this report will underscore to the White House and all of our colleagues, regardless of political party, that this threat remains urgent, and we have a responsibility to defend our democracy against it,” he said in a statement.

The report notes that the Russian operation dates back to “at least 2014.” It reveals that state and local officials, who are in charge of running most elections, “were not sufficiently warned or prepared to handle an attack from a hostile nation-state actor,” and that officials at all levels of government debated whether to publicly acknowledge what was happening, with some concerned that disclosing it “might promote the very impression they were trying to dispel—that the voting systems were insecure.” At the time, McConnell took an active role in preventing public disclosure of the Russian operation, the Washington Post reported in December 2016.

The report confirms previously reported news, including that Russian hackers penetrated voter registration databases in two states and potentially targeted systems in at least 21 states. Among the most striking findings: In a heavily redacted part of the report, the committee says the Department of Homeland Security determined that Russian reconnaissance of election-related internet infrastructure “probably included all 50 states.”

The report notes repeatedly that the committee found no evidence that voter registration data or vote tallies were modified, but adds that “the Committee and [intelligence community’s] insight into this is limited.”

The ongoing threats to elections “demand renewed attention to vulnerabilities in US voting infrastructure,” including aging voting equipment, a lack of paper record of votes in places, and insecure voter registration databases, the committee writes. “Despite the focus on this issue since 2016, some of these vulnerabilities remain.”