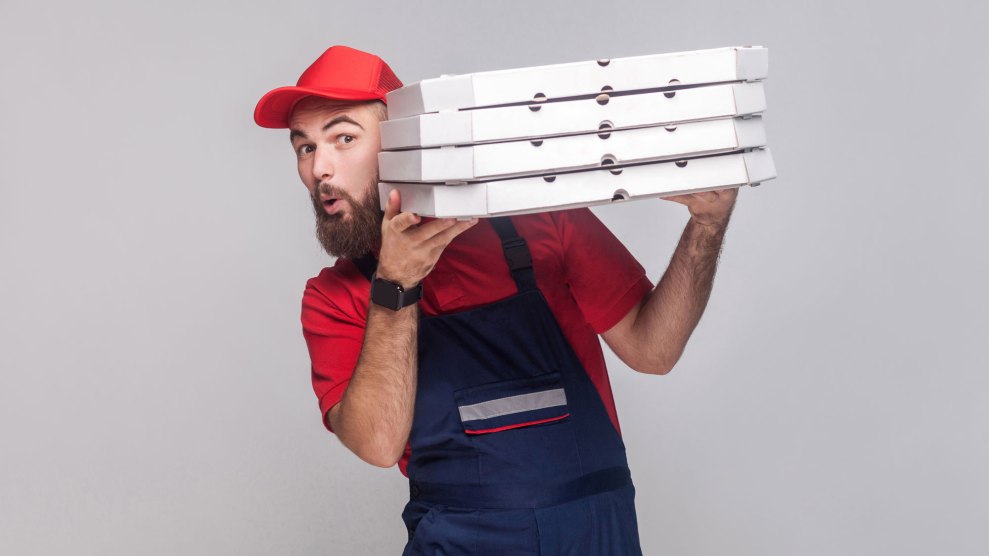 Man, it’s a hot one. Like seven inches from the midday sun. It’s July, it’s a weekend, you’re feeling hungry but lazy, you don’t really want to eat what you have in the fridge, you definitely don’t want to go outside (on account of the heat), so you decide to order something for delivery. Pizza? Pad Thai? I don’t know, it’s your life! But whatever you do, do not tip through the app on DoorDash.

I know, tipping with your credit card is so easy. You might not carry a lot of cash on you, for one thing, and most apps have easy one-click buttons that both remind you to tip and do the math on how much you should leave. Aha! You think. Fifteen percent of $11 is $1.65. (Except you would never do that, because adults know to always tip at least 20 percent, never less than $5 on any order, and way more than that during inclement weather.)

But on DoorDash, tipping with a credit card is kind of a lie. Back in February, NBC News reported that the company was doing something unusual with the tips customers submitted through the app:

This is…the opposite of tipping! It means that instead of paying the driver something extra, you are actually just saving the company from paying what it owes. If you tip through the app, anyway.

In response to some understandable rage, Instacart (the other company featured in the NBC story) changed its policy. But a few weeks ago, DoorDash announced it would keep things as they are. Which is why you should tip in cash!

I’ve been quietly fuming about how insane this policy is for months now, but news travels slowly. When I’ve brought up the DoorDash policy among friends recently, I’ve sometimes been greeted with blank stares. It’s understandable. You’re not expected to know the intricacies of an app’s payment system. There’s enough to worry about in the world as it is. And that’s kind of the point. You don’t know how or when that credit-card tip is being distributed. The same goes for eating out—a bar or restaurant might not always pay out its credit-card tips that night, but cash is cash, it’s in the pocket of whoever you gave it to as soon as you hand it over, and the raw-water-drinking, body-hacking CEO (or the tax man) never needs to know.

Even if DoorDash does change, or even if you use Postmates (which allocates its tips normally, like tips), maybe you should just get into the habit of tipping in cash because you just can’t trust these companies. The tech-based gig economy is a race to the bottom for service workers, and the livelihood of delivery workers making sub-living-wages in dangerous conditions is probably never going to be their first priority.

Tip cash, and tip a lot. Or, you know, just go outside yourself.