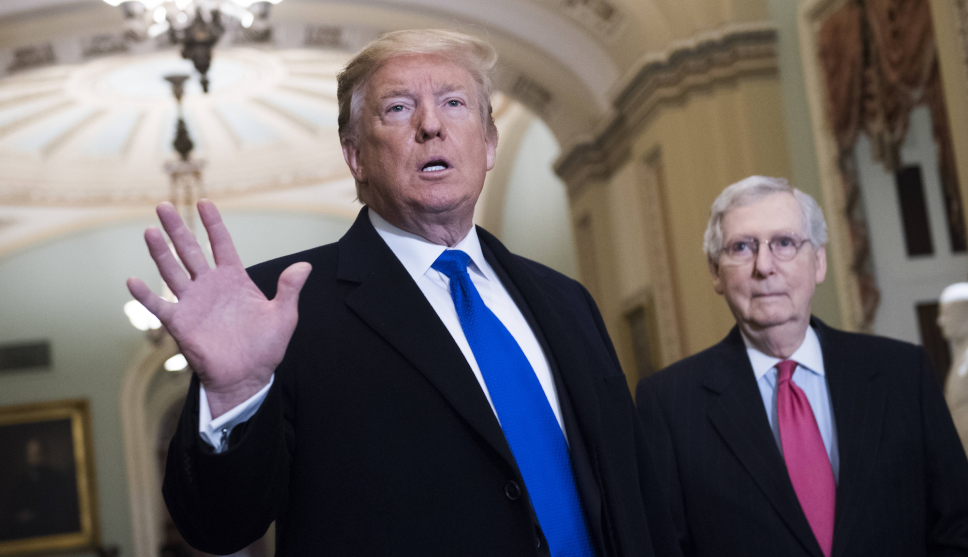 President Donald Trump’s assertion that “both sides” were to blame for the 2017 white supremacist rally in Charlottesville, Virginia is widely viewed as a hallmark moment in the president’s longstanding record of racist behavior—a turning point so defining that it attracted what has become an exceedingly rare response in American politics: bipartisan condemnation.

“Why don’t they go back and help fix the totally broken and crime infested places from which they came,” Trump tweeted about the “squad.”

“I do believe that he messed up in his comments on Tuesday when it sounded like a moral equivocation or at the very least moral ambiguity when we need extreme moral clarity,” Paul Ryan, then the Republican House Speaker, confessed at the time. Mitt Romney went further, joining Democrats to slam the president for causing “racists to rejoice.”

But nearly two years later, as the same president launches unabashedly racist attacks on four Democratic congresswomen of color, that bipartisan chorus is nowhere in sight. “Why don’t they go back and help fix the totally broken and crime infested places from which they came,” Trump had written in a Sunday diatribe on Twitter targeting freshmen Democrats Alexandria Ocasio-Cortez (N.Y.), Ayanna Pressley (Mass.), Rashida Tlaib (Mich.), and Ilhan Omar (Minn.).

The message, which left scant room for interpretation, has instead largely fallen on deaf ears. For some, the tweets even offered an opportunity to stand with their president and pummel further. “We all know that AOC and this crowd are a bunch of communists, they hate Israel, they hate our own country,” Sen. Lindsey Graham told the hosts of Fox and Friends Monday morning before claiming that the congresswomen were “anti-American.”

What has happened since Charlottesville?

The difference between 2017 and now rests largely on whom Trump is targeting with his rhetoric. No longer is the president of the United States offering tacit approval to white supremacists carrying tiki torches who shout “you will not replace us;” Trump is currently going after four women of color who belong to a progressive wing of Democrats that have dared to call out this administration, even in the face of death threats and direct attacks from the president. They were elected in no small part to a backlash to Trump’s own election. One is a 29-year-old Latina and former bartender from the Bronx, another a hijab-wearing woman who came to the US as a Somali refugee. One is the first black woman elected to Congress in a state’s history, another the first Palestinian-American ever elected to Congress who, upon her swearing-in, urged for the impeachment of the “motherfucker.”

For Trump and his allies, the work of the “squad” is not even supposed to exist, let alone in the halls of power. For Republicans confronted with another incendiary tweetstorm, the aim of the president’s attacks outweighs the clear racism.